China is lashing out at Taiwan over its offer of political asylum to participants in Hong Kong pro-democracy movement.

Spokesman for the Cabinet's Taiwan Affairs Office Ma Xiaoguang said Monday the offer would "cover up the crimes of a small group of violent militants" and encourage their "audacity in harming Hong Kong and turn Taiwan into a 'heaven for ducking the law."

The government of the self-ruled island China considers its own territory strongly supports the protests, and Hong Kong students in Taiwan held events over the weekend expressing their backing. Taiwan's president made the asylum offer last month, though it's not clear if requests have been received. 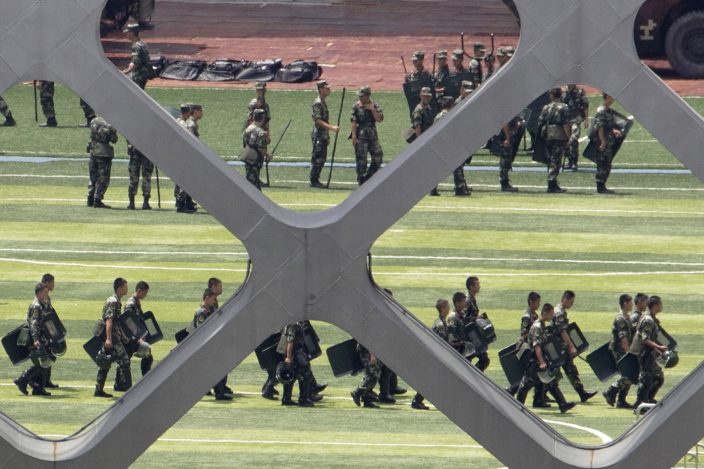 Chinese paramilitary policemen go through drills at the Shenzhen Bay Stadium in Shenzhen in Southern China's Guangdong province, Sunday, Aug. 18, 2019. Members of China's paramilitary People's Armed Police force have been training for days across the border in Shenzhen, including on Sunday morning, fueling speculation that they could be sent in to suppress the protests. The Hong Kong police, however, have said they are capable of handling the protests. (AP PhotoNg Han Guan)

Ma demanded Taiwan's government "cease undermining the rule of law" in Hong Kong, cease interfering in its affairs and not "condone criminals." 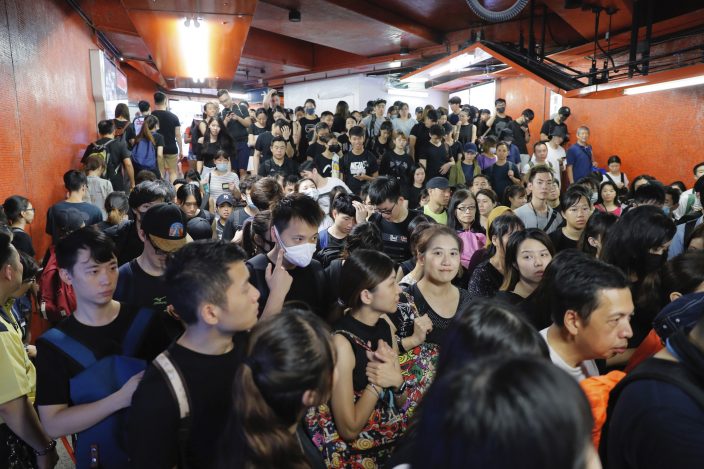 Protesters file into a subway station near Victoria Park in Hong Kong on Sunday, Aug. 18, 2019. Heavy rain fell on tens of thousands of umbrella-toting protesters Sunday as they marched from a packed park and filled a major road in Hong Kong, where mass pro-democracy demonstrations have become a regular weekend activity over the summer. (AP PhotoKin Cheung) 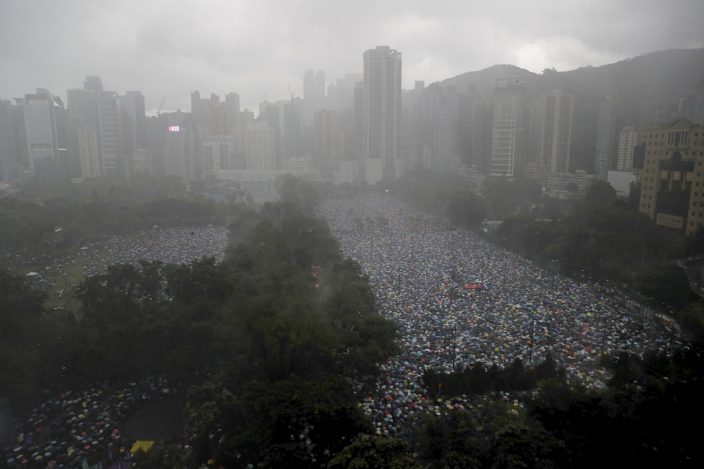 Protesters gather on Victoria Park in Hong Kong Sunday, Aug. 18, 2019. Thousands of people streamed into the park for what organizers hope will be a peaceful demonstration for democracy in the semi-autonomous Chinese territory. (AP PhotoKin Cheung)

English pubs reopen but little normal elsewhere in the ...

Pubs across England were reopening ...

Pubs and restaurants reopen in England as lockdown ease ...

England is embarking on Saturday o ...