Spain's Deputy Prime Minister Carmen Calvo says a navy ship will stay close to an Italian island in case a group of migrants disembarked there need to be transported to Spain in coming days.

More than 80 people were evacuated from the Open Arms aid ship Tuesday after being blocked for 19 days from entering Lampedusa by the country's anti-migrant Interior Minister Matteo Salvini.

Minutes before a prosecutor ordered the seizure of the ship, Spain had dispatched the ship Audaz to accompany the Open Arms to a Spanish port. 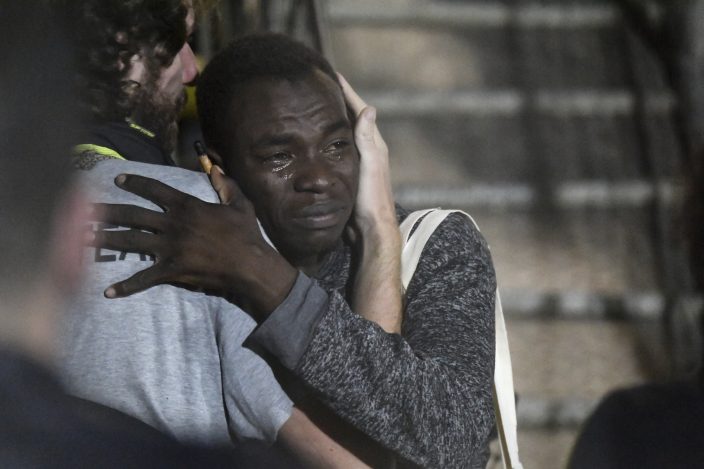 In this photo taken on Tuesday, Aug. 20, 2019 a man cries as he hugs a crew member after disembarking from the Open Arms rescue ship on the Sicilian island of Lampedusa, southern Italy. An Italian prosecutor ordered the seizure of a rescue ship and the immediate evacuation of more than 80 migrants still aboard, capping a drama Tuesday that saw 15 people jump overboard in a desperate bid to escape deteriorating conditions on the vessel and Spain dispatch a naval ship to try to resolve the crisis. (AP PhotoSalvatore Cavalli)

The Audaz is currently conducting drills and ready to transport an undisclosed number of migrants that Spain had promised to take in as part of a distribution agreement with five more European countries, Calvo told Cadena SER radio Wednesday.