Defending champions Naomi Osaka and Novak Djokovic are the No. 1 seeds for singles play in the U.S. Open.

Osaka, who beat Serena Williams in last year's final for her first Grand Slam title, recently regained the top spot in the WTA rankings from Ash Barty. Barty is the No. 2 seed, followed by Karolina Pliskova, Wimbledon champion Simona Halep and Elina Svitolina.

Williams was given the No. 8 seed Wednesday by the U.S. Tennis Association. Madison Keys, the 2017 runner-up who just won the Western & Southern Open, rounds out the top 10 seeds. 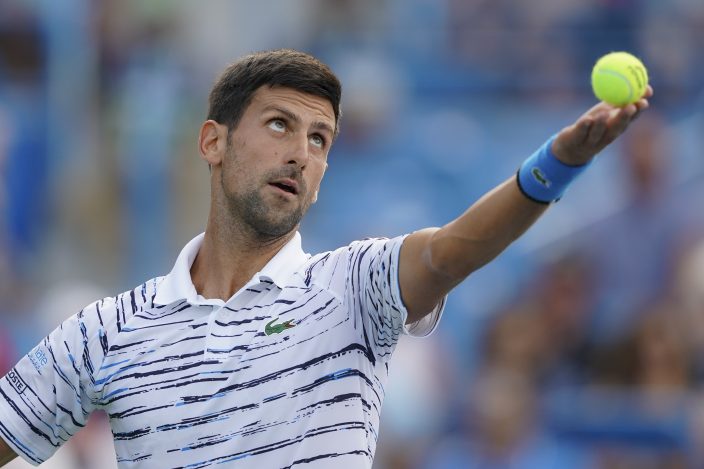 Novak Djokovic, of Serbia, tosses the ball on a serve to Daniil Medvedev, of Russia, during the Western & Southern Open tennis tournament Saturday, Aug. 17, 2019, in Mason, Ohio. (AP PhotoJohn Minchillo)

Djokovic, bidding for his second straight major title, is followed by fellow past U.S. Open champions Rafael Nadal and Roger Federer. Dominic Thiem is No. 4 and surging Daniil Medvedev, who won the title outside Cincinnati last week in what was his third straight tournament reaching the final, is fifth.

The draw will be held Thursday and main-draw play begins Monday.

LeBron James says his thoughts on ...