Can anybody beat Japan? It's been a common question at the Little League World Series over the last decade.

Since 2010, no team has been more dominant or won more championships — five — than Japan.

That makes this year's Japanese club, from Chofu City Little League outside Tokyo, a little different. They're a comeback story. It's only the third time a team from Chofu City has made it to South Williamsport, and its most recent appearance didn't go so great. The Japanese lost their first two games and were eliminated from the tournament in the first few days in 2016.

But after a 7-2 win over South Korea at Lamade Stadium on Wednesday afternoon, the kids from Chofu City have clinched a spot in Saturday's game for the international title, and are just two wins away from winning the whole tournament.

"In 2016, we didn't know much about Williamsport and the World Series," Japan manager Koji Yamashita said through a translator. 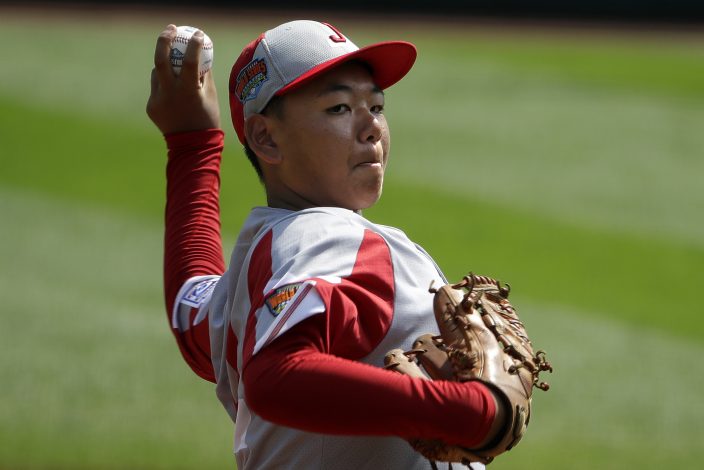 Yamashita explained that the media circus and the size of the Little League World Series were a surprise back then. But this time, the coaches know what it's all about, Yamashita said, and they've been all business.

Up until a home run by South Korea's Jinwon Na to lead off Wednesday's game, Japan had yet to allow a run in the tournament and had outscored its first two opponents by 25 runs.

After South Korea added another solo home run in the second, right-hander Yuto Misaki came on in relief for the third straight game for the Japanese and shut down the Korean lineup. Yuto tossed 3 1/3 scoreless innings and has now pitched 5 1/3 scoreless innings in the tournament. He's allowed just one hit and walked one batter, while striking out nine of the 17 batters he's faced.

Both of South Korea's home runs went to center field and the team from three years ago might have wavered after a moment like that. But the coaching staff was calm and reassuring when the players returned to the dugout.

"We don't care, it's still the first inning," Yamashita said he told his players after the first homer. "We didn't panic and we came back the next couple innings."

The current Japanese team isn't displaying the type of offensive numbers that past teams put up — new Little League bats have resulted in fewer home runs across the board in the past two years — but the excellent pitching is still there.

Through the first three games at this year's tournament, Japan's pitchers have a combined .706 ERA. The four Japanese pitchers to take the mound have combined for 29 strikeouts and just two walks in 17 innings.

Even without huge power numbers on offense, Yuto Kakeba still has been almost impossible to get out. He's 7-for-11 at the plate so far — good for a .778 batting average — and has eight of his team's 22 RBIs.

The Chofu City kids have played some outstanding defense as well. Leading 4-2 against South Korea with the go-ahead run at the plate in the top of the fourth inning, Japan turned a 1-5-4 (pitcher to third base to second) double play to get out of the inning.

Yamashita said his team is going to take advantage of having a couple of days off and do some sightseeing.

They'll undoubtedly be fresh and ready to go Saturday, with every one of their pitchers available to throw.

"We've already had a good performance this tournament," Yamashita said. "We're just trying to keep it up."