The transfer window in the Italian league will close on Sept. 2. Here's the pick of the signings so far ahead of the season which starts this weekend:

The Belgium forward will add some much-needed firepower to an Inter Milan team that managed only 57 league goals last season — well below the three teams that finished above it in Serie A. 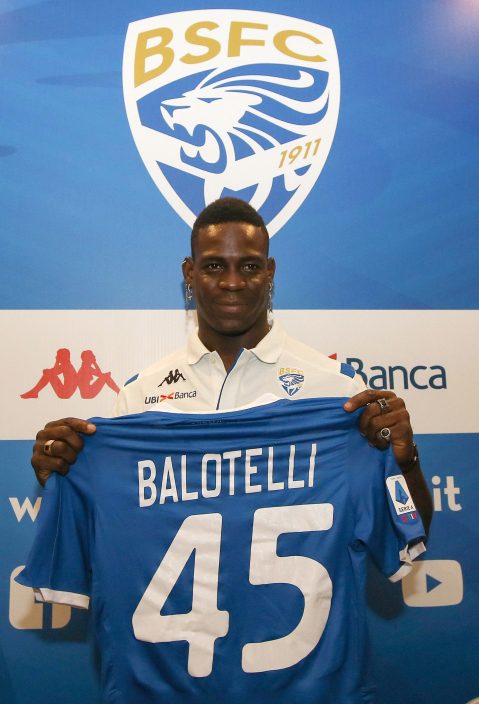 Italian soccer player Mario Balotelli holds a Brescia team jersey during a press conference, in Brescia, Italy, Monday, Aug. 19, 2019. Balotelli says his mother cried when he told her he was joining hometown club Brescia and insists he has no fear of failing on his return to Serie A after an absence of three years. (Filippo VeneziaANSA via AP)

Inter's chief goal scorer, Mauro Icardi, was stripped of the captaincy and dropped from the squad midway through the season. He was expected to leave in the offseason but has yet to be sold.

Lukaku scored 42 times in 96 matches for United after joining from Everton in 2017. 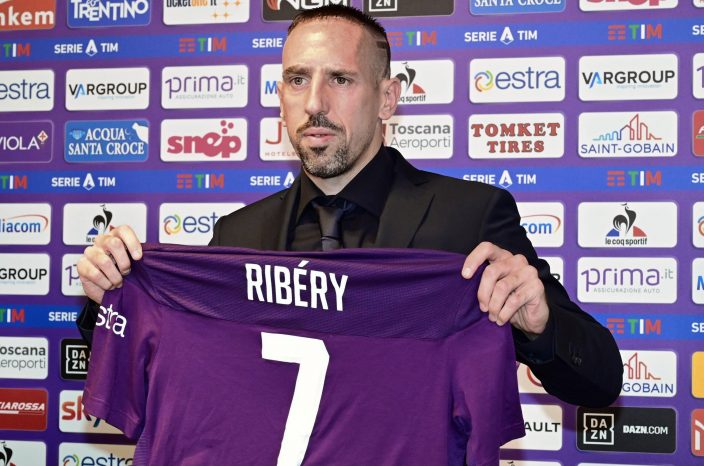 The 26-year-old Lukaku is Belgium's top goal-scorer with 48 goals in 81 games. He helped the team to third place at the 2018 World Cup in Russia.

The newly promoted side pulled off perhaps one of the biggest coups of the season, bringing Mario Balotelli back home. 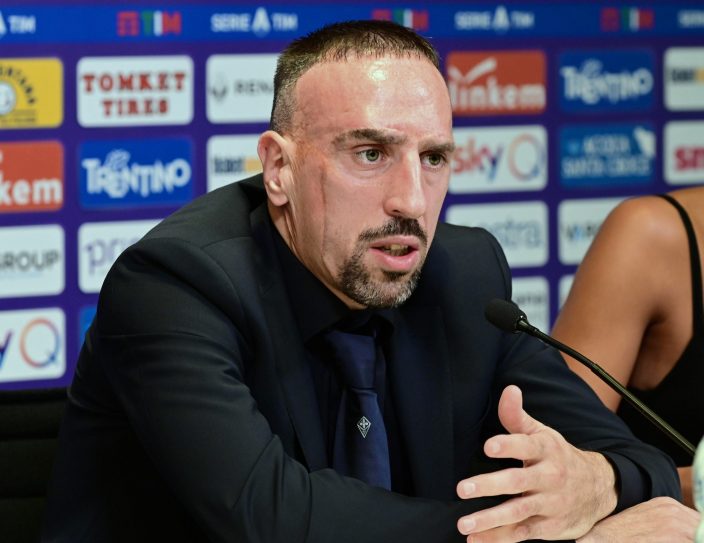 Balotelli joined his hometown club on a free transfer after his contract with Marseille expired, returning to Serie A after an absence of three years.

The Italy forward was born in Palermo but moved to Brescia at the age of two and his adoptive family still lives there, although his father died in 2015.

Balotelli's last spell in Italy in 2016-16 was a miserable one as he struggled with injury and scored only once in a season-long loan at AC Milan. He returned to Liverpool in 2016 and moved immediately to France, resurrecting his career at Nice and Marseille. 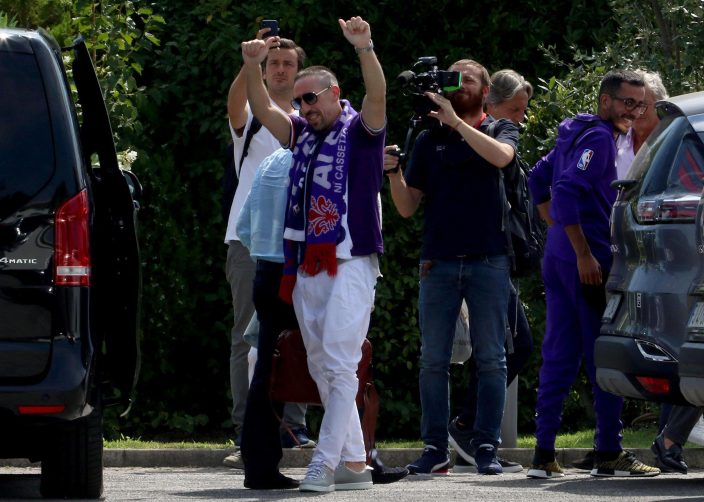 Franck Ribery waves to fans upon his arrival in Florence, Italy, Wednesday, Aug. 21, 2019. Franck Ribery has joined Italian club Fiorentina in another big signing for a team under new American ownership. Fiorentina did not announce the length of Ribery's contract but Italian media reported that the 36-year-old Frenchman signed a two-year deal. (Claudio Giovanni ANSA via AP)

The 29-year-old Balotelli, with his physique, technical ability, and qualities as a finisher, is one of the world's best strikers but his on-the-field achievements have often been overshadowed by his antics off the field.

He also hopes to play for Italy again, ahead of next year's European Championship.

Balotelli will partner Serie B top goalscorer Alfredo Donnarumma and with both being served by exciting teenage midfielder Sandro Tonali — who has been likened to Andrea Pirlo — Brescia could get the goals it needs to prevent it from going straight back down. 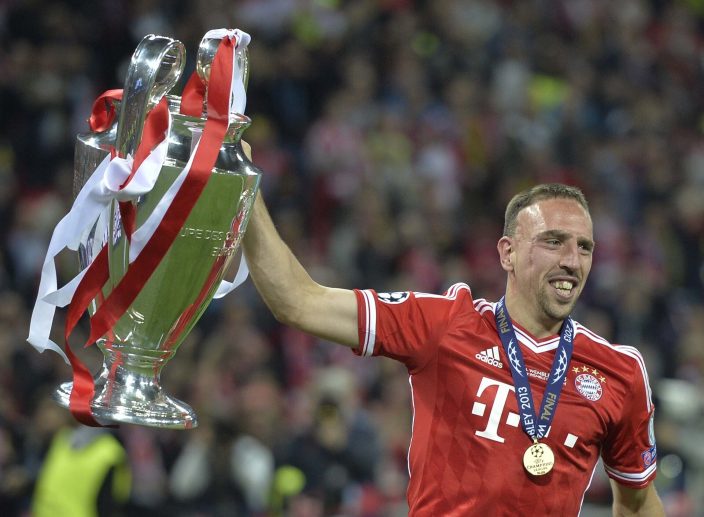 FILE - In this May 25, 2013 file photo, Bayern Munich's Franck Ribery of France lifts the trophy after winning the Champions League Final at Wembley Stadium in London. France great Franck Ribery is joining Fiorentina as the Italian club aims for a renaissance under new American ownership. (AP PhotoMartin Meissner)

If you can't beat them, buy them. That appears to be Juventus' philosophy as it continues its quest for the Champions League title.

De Ligt scored the goal that eliminated Juventus from the Champions League in April as he captained Ajax to the semifinals. A few months later, Juventus signed the Netherlands defender.

De Ligt, who turned 20 this month, became the most expensive defender in Serie A history when he completed a 75 million euros ($85 million) transfer from Ajax.

Strong on the ground and in the air, De Ligt scored twice with headers in the Champions League last season — with only Cristiano Ronaldo (four) managing more.

The midfielder's profile rose sharply after he was named player of the tournament at the recent Africa Cup of Nations, where he helped Algeria win the title for the first time in 29 years.

However, the 21-year-old Bennacer had already committed himself to joining AC Milan from Empoli for a fee of around 16 million euros ($18 million).

Bennacer joined Empoli in 2017 from Arsenal following a loan spell at Ligue 2 side Tours, and impressed in Serie A last season despite his club's relegation.

The veteran Frenchman could be a key piece to the club's aims for a renaissance under its new American ownership.

Ribery was a free agent after 12 seasons with Bayern Munich, which included a Champions League title in 2013.

The 36-year-old winger will link with midfielder Kevin-Prince Boateng, who also joined Fiorentina in the offseason.

Dozens injured in collision of trains near Czech capita ...

A passenger train and a freight tr ...

McConnell: GOP virus aid for schools, others out next w ...