This photo gallery highlights some of the top news images made by Associated Press photographers in Latin America and the Caribbean that were published in the past week.

Haitian lawmakers worked inside a partially flooded Parliament after rain penetrated the leaky roof during debate on whether or not to start impeachment proceedings against Haitian President Jovenel Moise. 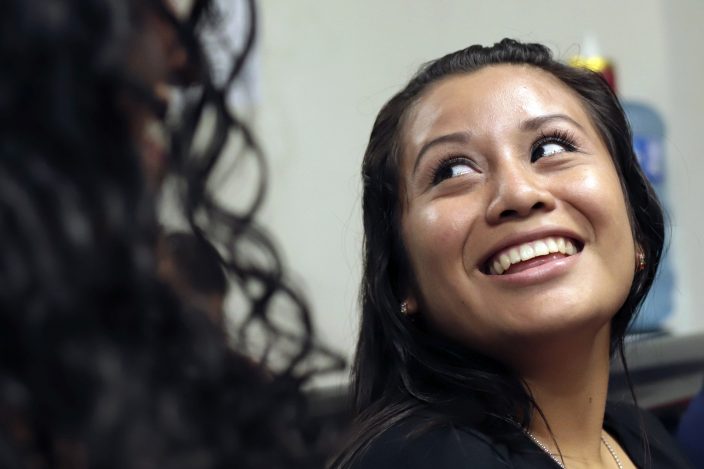 In this Aug. 19, 2019 photo, Evelyn Hernandez, 21, smiles in court after being acquitted on charges of aggravated homicide in her retrial related to the loss of a pregnancy in 2016, in Ciudad Delgado on the outskirts of San Salvador, El Salvador. Hernandez, who has said she did not realize she was pregnant as the result of a rape when she gave birth into a latrine at 32 weeks, was originally sentenced to 30 years under El Salvador's strict abortion laws, and served almost three years behind bars. (AP PhotoSalvador Melendez)

A 21-year-old woman in El Salvador who served three years of a 30-year sentence for aggravated homicide related to a stillbirth in 2016 was acquitted at a retrial.

After a largely peaceful protest over alleged sexual attacks by police in Mexico City, some demonstrators went on a destructive rampage that included assaulting a male commuter with spray paint and kicks.

An armed man in Rio de Janeiro took dozens of hostages on a bus before he was shot to death by police following a four-hour standoff. In Honduras' capital, police unleashed tear gas to break up a deadly fight among soccer fans before the start of a game. 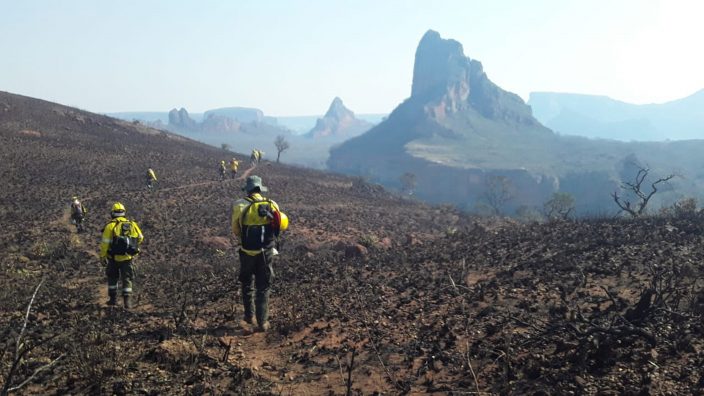 A 500-year-old mummy of an Incan girl was returned to Bolivia some 129 years after it was donated to the Michigan State University Museum.

Surfers in Peru aided a stranded, injured sperm whale, which was treated by a veterinarian and successfully returned to sea.

A young baseball player wore beat up cleats to practice in Venezuela, which was once an incubator of Major League Baseball stars but now struggles to showcase emerging talent. 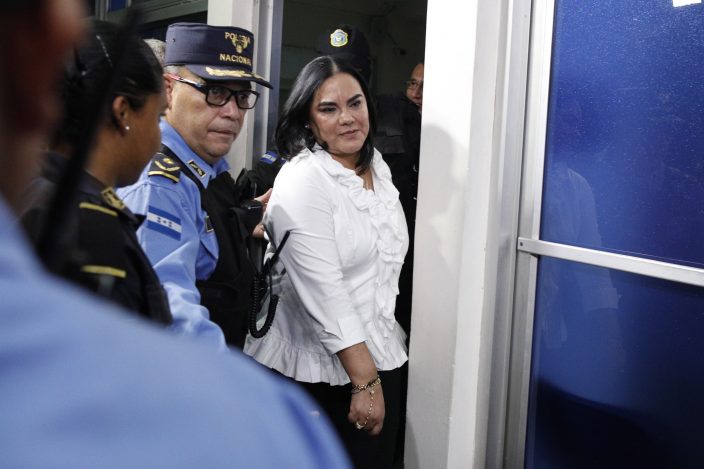 In this Aug. 20, 2019 photo, former Honduran first lady Rosa Elena Bonilla de Lobo leaves court after her conviction on corruption charges in Tegucigalpa, Honduras. The court convicted the former first lady on Tuesday of embezzling about $600,000 in government money between 2010 and 2014, when her husband Porfirio Lobo was president. Bonilla's sentence will be announced Aug. 28 and could run between 58 and 87 years in prison. (AP PhotoElmer Martinez) 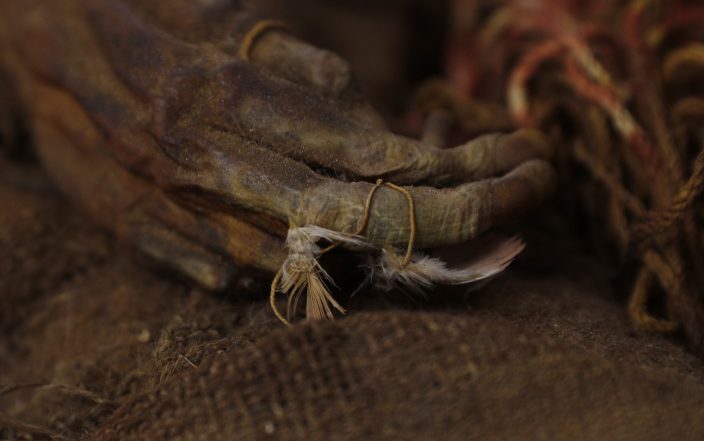 This Aug. 15, 2019 photo, shows a 500-year-old mummy of an Incan girl clinging to bird feathers, inside a vault at the National Museum of Archaeology in La Paz, Bolivia. The girl is believed to have been around 8 years of age when she died. She is also believed to have been part of an ethnic Aymara group known as the Pacajes, which was under Inca control, said William A. Lovis, an MSU emeritus professor of anthropology who worked for years to help return the mummy to the Andean country. (AP PhotoJuan Karita) 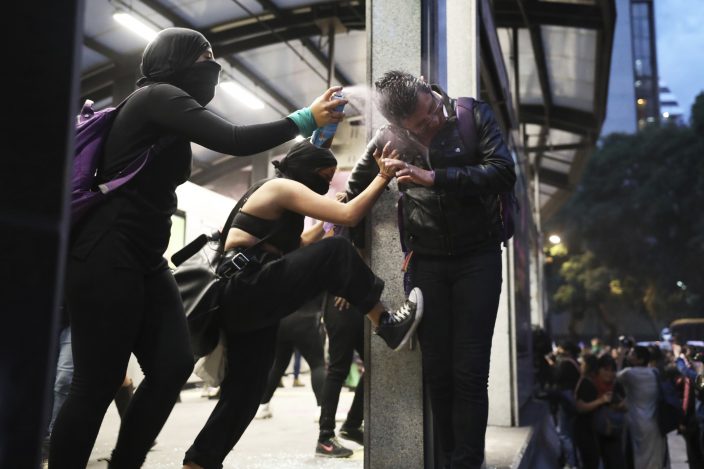 In this Friday, Aug. 16, 2019 photo, two women assault a commuter, one spraying him in the face with paint another kicking him, at a bus station, during a protest sparked by a string of alleged sexual attacks by police officers, in Mexico City. On Friday, hundreds of women demonstrated largely peacefully in downtown Mexico City with pink spray paint and smoke. But some protesters trashed the nearby bus station. This week, an auxiliary policeman was held for trial on charges he raped a young female employee at a city museum. (AP PhotoEmilio Espejel) 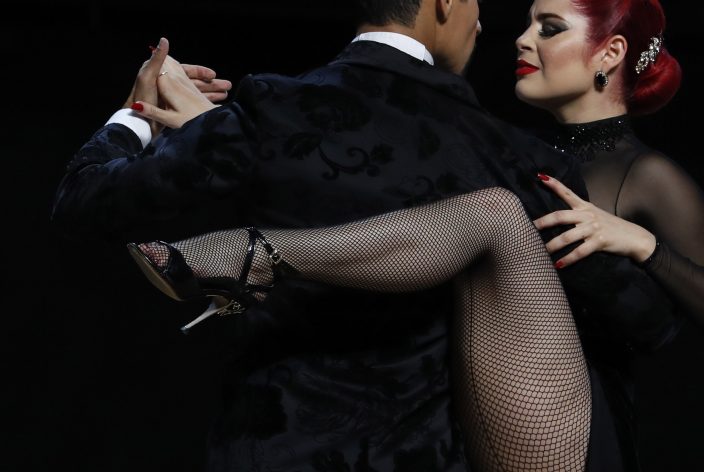 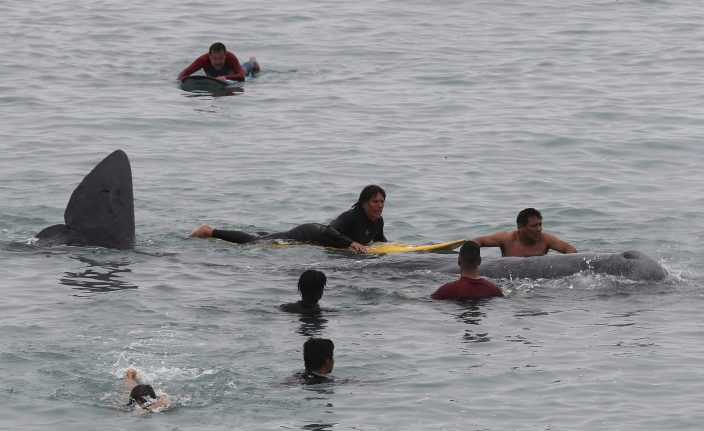 In this Aug. 20, 2019 photo, surfers come to the aid of an injured sperm whale, who then alerted police and animal advocates, in San Bartolo, Peru. The young sperm whale - about four meters long, or 13 feet - had been stranded during the morning hours. It was treated by an ORCA veterinarian and then returned to sea with the help of rescue personnel and surfers. (AP PhotoMartin Mejia) 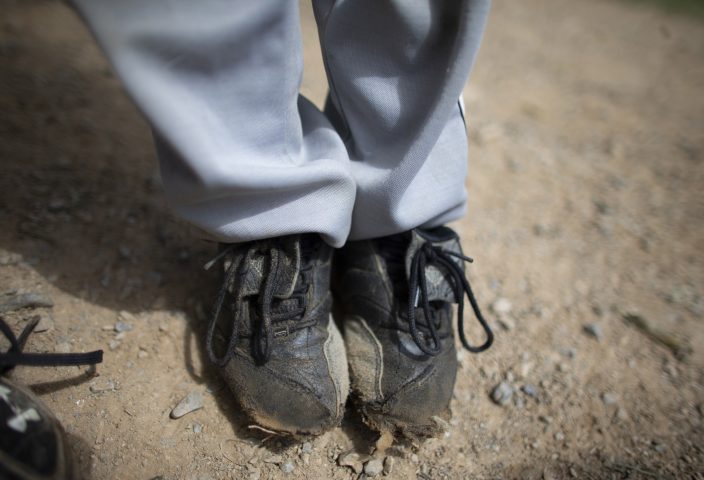 In this Aug. 12, 2019 photo, a young baseball player stands on the field in a pair of worn cleats during a practice at Las Brisas de Petare Sports Center, in Caracas, Venezuela. The South American country was an incubator of Major League Baseball stars such as Miguel Cabrera and Felix Hernandez, but now the troubled country is struggling to showcase emerging talent. (AP PhotoAriana Cubillos) 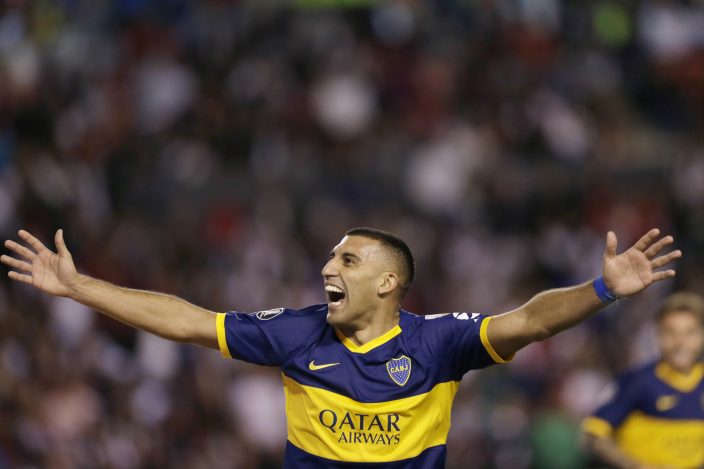 In this Aug. 20, 2019 photo, an armed man who took dozens of hostages on a bus, stands moments before he was shot dead by police following a four-hour standoff on the bridge connecting the city of Niteroi to Rio de Janeiro, Brazil. (AP PhotoRicardo CassianoAgencia O Dia) 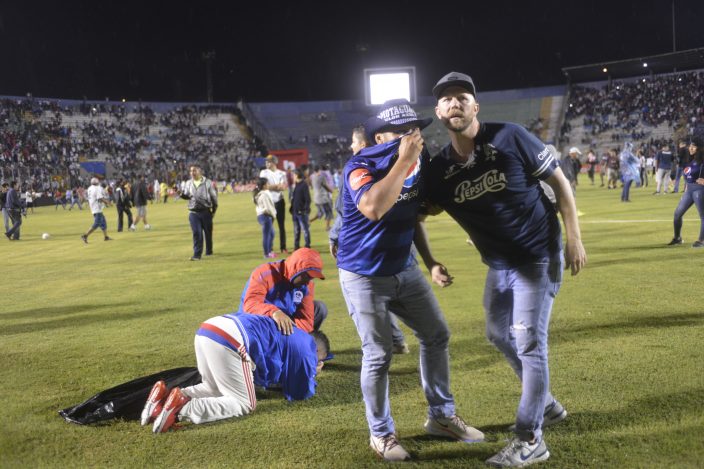 In this Saturday, Aug. 17, 2019 photo, soccer fans gather on the field in an attempt to escape tear gas that was fired by police who were trying to break up a deadly fight between fans before the start of a game between Motagua and Olimpia, at the national stadium in Tegucigalpa, Honduras. The fight between fans of rival soccer teams outside the stadium left three people dead and led to the suspension of the game. (Victor ColindresLa Tribunal via AP) 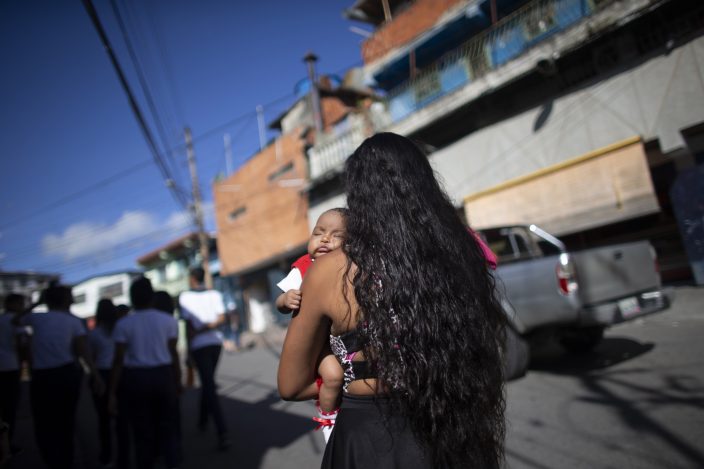 In this July 25, 2019 photo, 15-year-old Nicol Ramirez carries her baby girl to a lab where she will pay to get a pregnancy test, a prerequisite for a hormonal implant to prevent future pregnancies, of which there is a very limited number, in the Caucaguita neighborhood on the outskirts of Caracas, Venezuela. With condoms and birth control pills either impossible to find or too expensive, Ramírez found out she was pregnant at 14 with her boyfriend, who responded coldly to her pregnancy and hasn't heard from him since. (AP PhotoAriana Cubillos)

Only five years ago, then-British ...

Two police officers were shot and ...