Asian stock markets were mostly higher Friday after Wall Street declined ahead of a closely watched speech by the U.S. Federal Reserve chairman.

Investors are looking to Jerome Powell's speech Friday for signs of direction on interest rates after two regional Fed presidents said they see no need for a change. 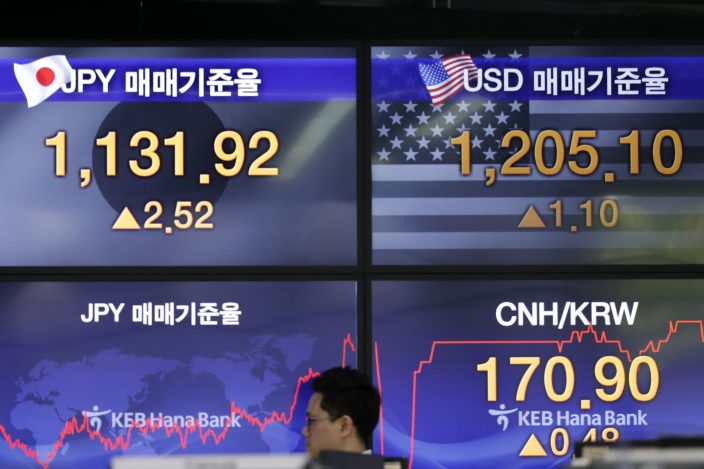 Investors expect a cut in September, the Fed's second in three months, to shore up U.S. economic growth amid a tariff war with Beijing and weakening global growth.

"Markets seem very clearly positioned for some very dovish guidance from Mr Powell," Jeffrey Halley of Oanda said in a report. "It is a dangerous assumption to make." 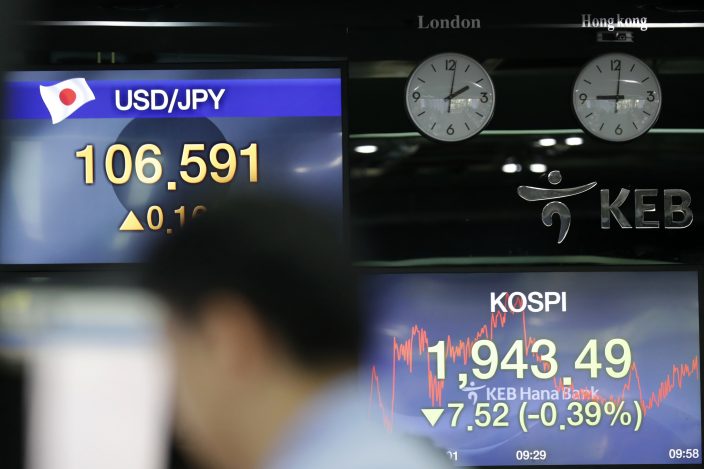 On Wall Street, stocks gave up an early gain Thursday and wavered through much of the day before closing mostly lower.

George and Eric Rosengren, president of the Boston Fed, dissented from the 8-2 rate cut vote, arguing that they favored no rate cut at all.

Investors predict a 91.2% likelihood the Fed will cut its benchmark rate by a quarter-point next month, according to the CME Group, which tracks investor bets. That is down from 98.5% the day before.

Investors worried that uncertainty over the U.S.'s escalating trade war with China could cause the economy to stumble, hurting corporate profits.

The Trump administration has imposed a 25% tariff on $250 billion in Chinese imports. A pending 10% tariff on another $300 billion in goods would hit everything from toys to clothing and shoes that China ships to the United States. Some 60% of the new tariffs were postpone to mid-December and others taken off the table altogether.

ENERGY: Benchmark U.S. crude gained 4 cents to $55.39 per barrel in electronic trading on the New York Mercantile Exchange. The contract rose 33 cents on Thursday to close at $55.35. Brent crude, used to price international oils, advanced 10 cents to $60.02 in London. It shed 38 cents the previous session to $59.92.

Another round of trade discussions ...

Markets drop in Asia on rising China-US tensions over virus