China on Friday announced tariff hikes on $75 billion of U.S. products in retaliation for President Donald Trump's latest planned increase, deepening a conflict over trade and technology that threatens to tip a weakening global economy into recession.

The announcement comes as leaders of the Group of 7 major economies prepare to meet in France this weekend. 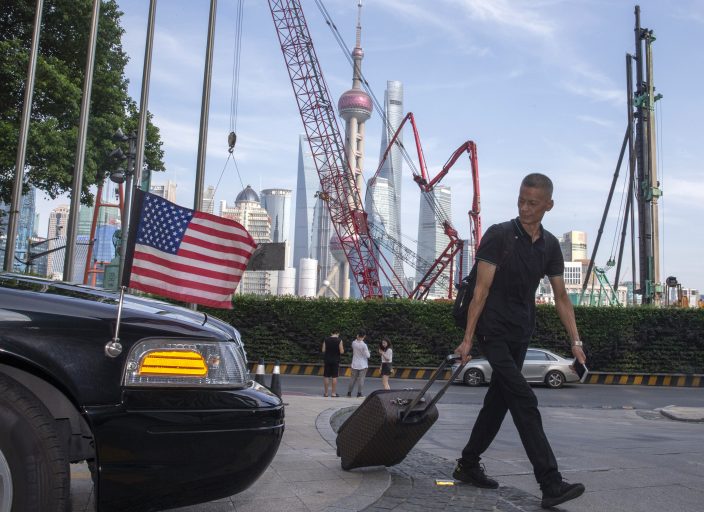 FILE - In this July 30, 2019, file photo, a traveller pulls a trolley past a U.S. embassy car outside a hotel in Shanghai. China has announced it will raise tariffs on $75 billion of U.S. products in retaliation for President Donald Trump's planned Sept. 1 duty increase in a war over trade and technology policy. (AP PhotoNg Han Guan, File)

Tariffs of 10% and 5% will take effect on two batches of goods on Sept. 1 and Dec. 15, the ministry said in a statement. It gave no details of what goods would be affected but the timing matches Trump's planned duty hikes.

Washington is pressing Beijing to narrow its trade surplus and roll back plans for government-led creation of global competitors in robotics, electric cars and other technology industries.

The spiraling conflict has battered exporters on both sides and fueled concern it might drag down weakening global economic growth. 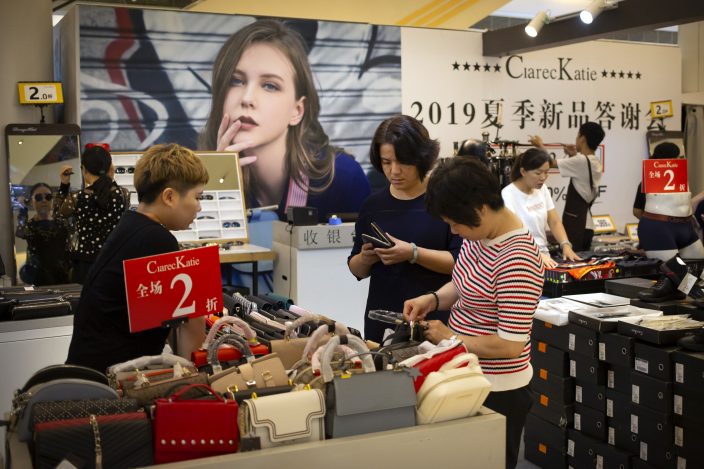 Shoppers browse goods for sale at a discount retailer in a shopping mall in Beijing, Friday, Aug. 2, 2019. China has announced it will raise tariffs on $75 billion of U.S. products in retaliation for President Donald Trump's planned Sept. 1 duty increase in a war over trade and technology policy. (AP PhotoMark Schiefelbein)

China's government appealed to Trump this week to compromise in order to reach a settlement.

That came after Trump warned that the American public might need to endure economic pain in order to achieve long-term results.

The United States, Europe, Japan and other trading partners say Beijing's development plans violate its market-opening commitments and are based on stealing or pressuring foreign companies to hand over technology. 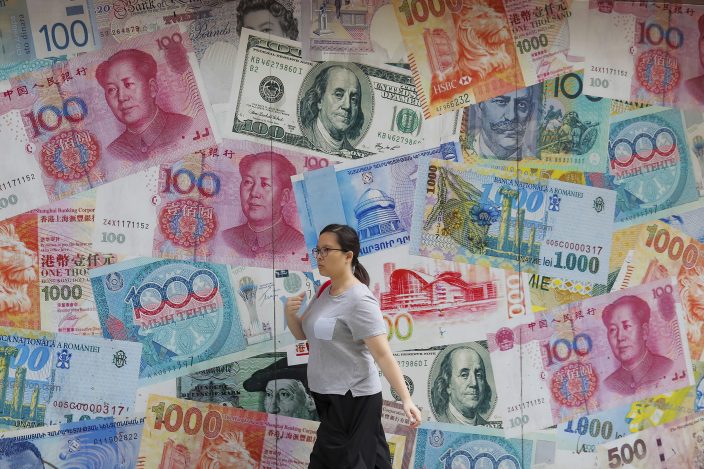 FILE _ In this Aug. 6, 2019, file photo, a woman walks by a money exchange shop decorated with different countries currency banknotes at Central, a business district in Hong Kong. China has announced it will raise tariffs on $75 billion of U.S. products in retaliation for President Donald Trump's planned Sept. 1 duty increase in a war over trade and technology policy. (AP PhotoKin Cheung, File)

Some American officials worry they might erode U.S. industrial leadership.

Chinese leaders have offered to alter details but are resisting giving up a development strategy they see as a path to prosperity and global influence.

The talks are deadlocked over how to enforce any deal. China insists Trump's punitive tariffs have to be lifted as soon as an agreement takes effect. Washington says at least some have to stay to ensure Beijing carries out any promises it makes.

Trump announced plans to raise tariffs Sept. 1 on $300 billion of Chinese products after talks broke down in May. Increases on some goods were postponed to Dec. 15.

A separate statement said tariffs of 25% and 5% would be imposed on U.S.-made autos and auto parts on Dec. 15. Beijing announced that increase last year but suspended it after Trump and his Chinese counterpart, President Xi Jinping, agreed at a meeting in December in Argentina to put off further trade action while they negotiated.

Trump and Xi agreed in June to resume negotiations. But talks in Shanghai in July ended with no indication of progress. Negotiators talked by phone this month and are due to meet again in Washington next month.

Trump already has imposed 25% tariffs on $250 billion of Chinese products. Beijing retaliated by imposing its own penalties on $110 billion of American goods. But their lopsided trade balance meant China was running out of imports for retaliation.

Friday's announcement, if it applied to goods not already affected by Chinese penalties, would extend tariff hikes to everything China imports from the United States. That would match Trump's hikes, which cover almost all of what Americans buy from China.

Genoa beats Spal 2-0 to move out of relegation zone

Genoa boosted its hopes of avoidin ...

China suspends more penalties on US goods after trade truce

China cuts tariffs on $75B of US imports in trade truce

China: envoys in 'close communication' ahead of US deadline

China repeats demand for rollback of US tariffs for deal