As tensions loom over this weekend's G-7 summit of world leaders in France, the country is counting on one key asset to cheer up the event: food.

France hosts the summit of seven advanced economies starting Saturday in the southwestern seaside resort of Biarritz, known for its surfers, casino, luxury houses from the 19th century, and gastronomic specialties.

The French presidency has chosen five local chefs, all with Michelin stars, to prepare lunches and dinners that will highlight the region's products. It will also give U.S. President Donald Trump, French President Emmanuel Macron, Britain's Prime Minister Boris Johnson an opportunity to spend a convivial moment amid what are expected to be tough talks. 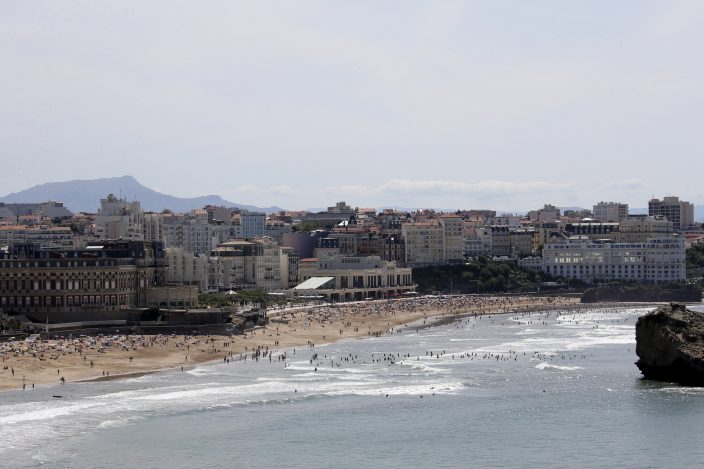 The beach of Biarritz, with G7 summit venues the Hotel du Palais, left, the Casino Municipal, center, and the Casino Bellevue, right, Wednesday, Aug. 21, 2019 in Biarritz, southwestern France. Leaders of the Group of Seven nations will meet Saturday for three days in the southwestern French resort town of Biarritz. France holds the 2019 presidency of the G-7, which besides the U.S. also includes Britain, Canada, Germany, Italy and Japan. (AP PhotoBob Edme)

Prosecutors: gunmen in Mexico massacre of 27 had a targ ...