Anthony Edwards walks briskly through the White House in the opening scene of Netflix's "Designated Survivor," spraying comments and commands to the people he comes across as the camera wheels through the set to keep up.

Then it hits you: It's Dr. Mark Greene of "ER" on "The West Wing"! The mind reels. One or both of the NBC series was nominated for the best drama Emmy every year between 1995 and 2006, symbolizing quality network television for its era. Here they are blended together, like chocolate and peanut butter.

That scene was admittedly an inside joke by Neal Baer, the top "Designated Survivor" producer who also worked on "ER" during its heyday. The now-canceled Netflix revival is also an illustration of how television has changed in a remarkably short time. 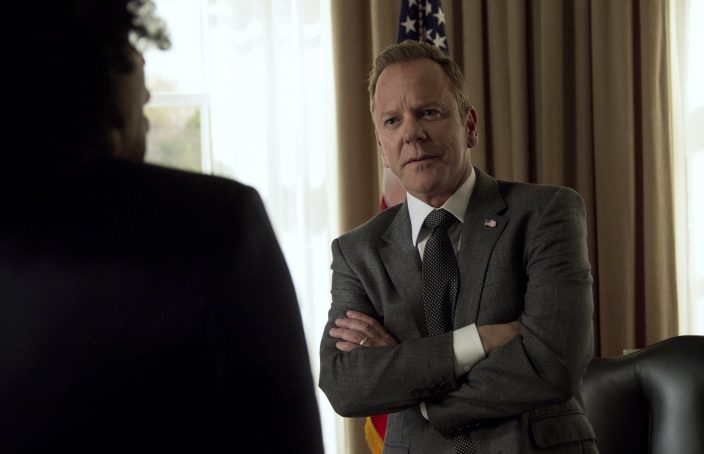 This image released by Netflix shows Kiefer Sutherland as Tom Kirkman in "Designated Survivor," created by David Guggenheim. Netflix revived “Designated Survivor” for a single 10-episode season after it was canceled by ABC, but opted not to renew it for a fourth season. The show’s top producer says he was not surprised at the decision because Netflix, which offered him greater creative freedom than the network, was upfront that the show would have to clear a high bar to get a renewal. (Courtesy of Netflix via AP)

The drama built around Kiefer Sutherland's character of Tom Kirkman, a Cabinet member suddenly thrust into the presidency after a terrorist attack, was cast aside by ABC after two seasons. Baer rebuilt it, adding new characters like Edwards' White House chief of staff, and used the "ER" blueprint of interlocking story lines supporting the frame of Kirkman's re-election campaign.

As is Netflix's tradition, it didn't explain why the show won't get a fourth season when it released a statement last month thanking Sutherland, Baer and other creators for their efforts. Nor did it make available any viewership statistics that might have made the decision obvious. Even Baer hasn't seen them.

"They were very upfront with me from the beginning that there was a very high bar to reach," he said. "It wasn't like I was stunned or shocked." 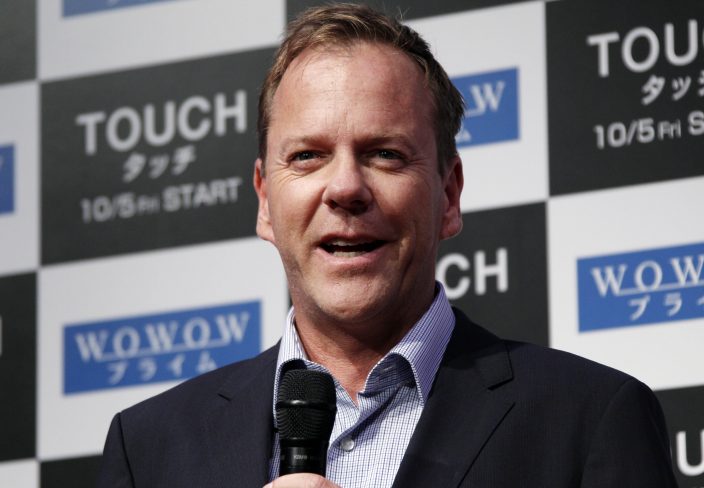 FILE - In a Monday, Sept. 3, 2012 file photo, actor Kiefer Sutherland speaks during a press conference on his TV drama "Touch" in Tokyo. Netflix’s revival of ‘Designated Survivor’ is an interesting failed experiment. Producers tried to create a new series out of the ashes of a cancelled ABC show. They learned how the television world has changed. (AP PhotoKoji Sasahara, File)

The 10-episode season, which remains available on the streaming service, was crafted so the final episode could serve as either a satisfying conclusion or a jumping-off point for new episodes. Turned out it was the former.

Netflix offered Baer greater creative latitude than he would have gotten on network television, which he used in part to include story lines that featured a gay romance between an HIV-positive White House aide and a Secret Service agent, and another with a transsexual sister-in-law of the president.

What he missed was the ready-made audience of 20 million to 30 million people that "ER" routinely had. Although the new "Designated Survivor" got some positive reviews, and Baer relished a tweet where writer Stephen King called it "tough-minded, complex and involving," getting attention in a crowded marketplace proved difficult. Baer was surprised, for example, that his stories didn't create more of a ripple in the LGBTQ community. 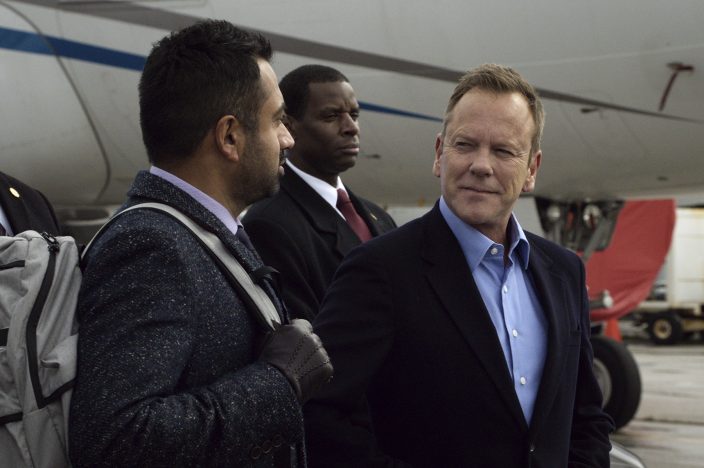 This image released by Netflix shows Kal Penn as Seth Wright, left, and Kiefer Sutherland as Tom Kirkman in "Designated Survivor," created by David Guggenheim. Netflix revived “Designated Survivor” for a single 10-episode season after it was canceled by ABC, but opted not to renew it for a fourth season. The show’s top producer says he was not surprised at the decision because Netflix, which offered him greater creative freedom than the network, was upfront that the show would have to clear a high bar to get a renewal. (Courtesy of Netflix via AP)

"There is so much choice that you can gorge yourself only on what you like, and not get challenged," he said.

If there's a fault to the new "Designated Survivor," it's that it often seems bursting with stories, as if producers tried to fit a traditional network's 22-episode season into 10 hours. There's plenty to digest: cheating spouses, opioid abuse and corporate responsibility, genetic engineering by white supremacists, an FBI probe that leads to a character's death, political dirty tricks, assisted suicide, ethnic identity in politics, romance and ambition.

It was a challenge to appeal to the show's old audience, used to simpler story structures that focused chiefly on Kirkman, and also try to convince people who saw the old name that it was an entirely new series worth checking out, Baer said.

Still, excessive ambition is preferable to too little.

"I hope it's not messaging," Baer said. "I hope it is a show that tells a really great story. My intention was to tell the best stories I can, that were modern and path-breaking."

Lowry feels that "Designated Survivor" was essentially a better idea for a limited series, since it was hard to attract new viewers once the initial story of an inexperienced leader who suddenly becomes president wears off. The idea of Kirkman running for president as an idealistic independent also seems out-of-place for these turbulent, partisan times.

Netflix also seems to have matured beyond the point of having to recycle ideas from old network shows, he said.

Baer found it an interesting experiment to bring back a show in this manner. He has no regrets.

"I got to do everything I wanted to do," he said.