Deal or No Deal?

One might think the issue would be on the minds of two leaders at the vortex of the question of whether the UK will leave the European Union without a deal in October.

But as Britain and the European Union hurtle toward a no-deal Brexit, the contest Saturday seemed to be who is going to go down in history with the blame and the label: Mr. No-Deal. 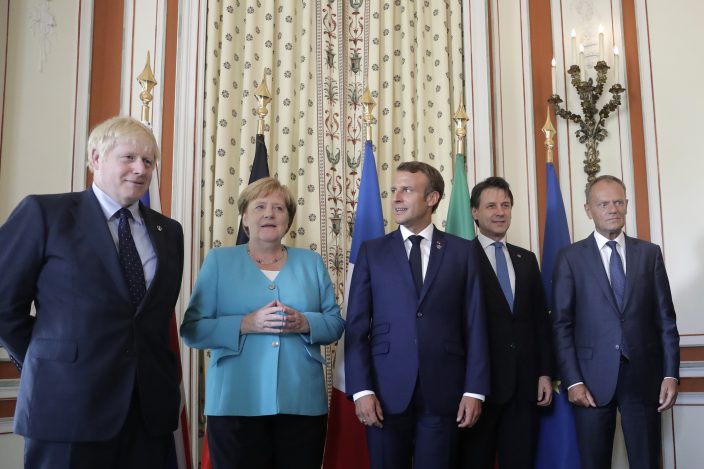 As world leaders touched down in the French seaside resort of Biarritz for the Group of Seven summit, the long-running tensions over Britain's departure from the EU got a tad personal. British Prime Minister Boris Johnson and EU Council president Donald Tusk each suggested that the other is bent on scuttling the chances that the UK will break away from the single market of 500 million with an agreement.

Tusk went first. In a comment that laid bare his exasperation, he told reporters at the summit that Johnson would be the third British prime minister with whom he'd discussed the issue. The EU cooperated with David Cameron who wanted to remain, and with Theresa May, who wanted to avoid a no-deal Brexit.

"One thing I will not co-operate on is no deal," Tusk said. "I still hope that Prime Minster Johnson will not like to go down in history as 'Mr. No Deal.'" 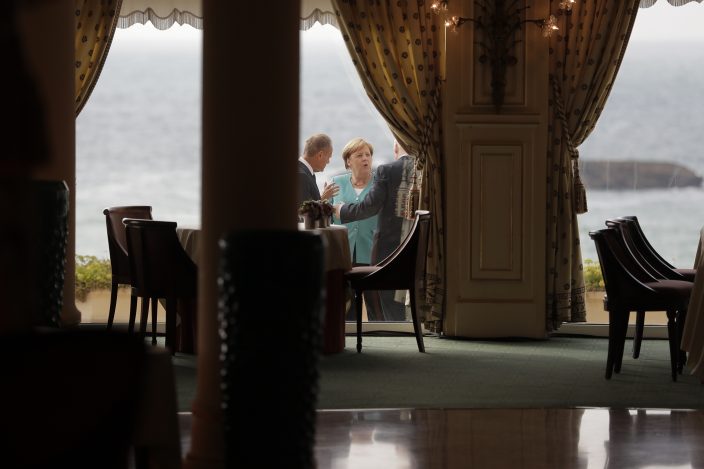 That didn't go down well at Downing Street. Johnson, who took power last month, is betting his political future on a promise to lead Britain out of the EU on Oct. 31, with or without an agreement. He says the threat of a no-deal Brexit is the only way to force the EU into making concessions.

So as he jetted to France, he offered a riposte to Tusk. Johnson said their fates were tied over the thorny issue of the Irish border. Everyone wants to keep the border open, but disagree bitterly on how it should be done.

"I say to our friends in the EU, if they don't want a no-deal Brexit then we have got to get rid of the backstop from the treaty," Johnson said. "If Donald Tusk doesn't want to go down as 'Mr. No-deal Brexit' then I hope that point will be borne in mind by him, too."

The main sticking point of the EU-UK deal was the so-called Irish backstop, designed to prevent the return of customs checks on the border between the Republic of Ireland and Northern Ireland, which is part of the United Kingdom. There are concerns the backstop would keep Britain tied to the EU indefinitely and threaten the integrity of the U.K. because it would treat Northern Ireland differently from the rest of the country.

No deal is troublesome because of the consequences. The fallout of leaving without a withdrawal agreement could include disruptions to the supply of medicines, a decrease in fresh food availability and potential fresh water shortages due to difficulties in importing water treatment chemicals — among many other issues that come from unraveling decades of free trade in goods and services.