Tens of thousands of Argentines have jammed streets in the capital and other cities to show support for conservative President Mauricio Macri, who is facing a tough fight heading into general elections in October in a country beset with economic struggles.

Chanting "We can be better" and "Let's go together," a crowd that greatly exceeded expectations swelled outside the presidential palace in Buenos Aires just two weeks after a left-leaning presidential ticket turned in a far stronger showing than Macri's slate in political party primary voting.

An emotional Macri emerged on a balcony of the Casa Rosada to acknowledge his supporters, who responded to calls on social media to get out in the streets. 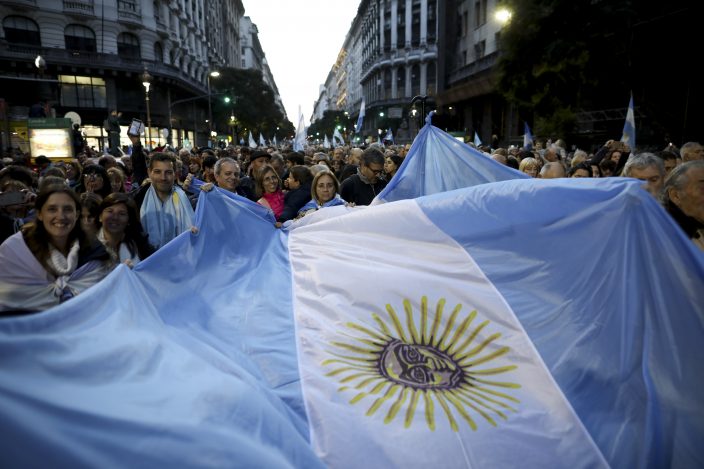 Big stick: Lindor focused on season, not future in Clev ...