Israel is headed toward an unprecedented repeat election on Tuesday with no guarantee that the do-over vote will produce a more decisive result than the inconclusive one last April.

The Israeli electorate is deeply divided along religious, ethnic and ideological lines and the fragmented parliamentary system makes coalition building a tricky business.

In April, Prime Minister Benjamin Netanyahu seemed to have a clear path to power with his right-wing Likud and its traditional Jewish ultra-Orthodox and nationalist allies securing a majority in the 120-seat parliament. 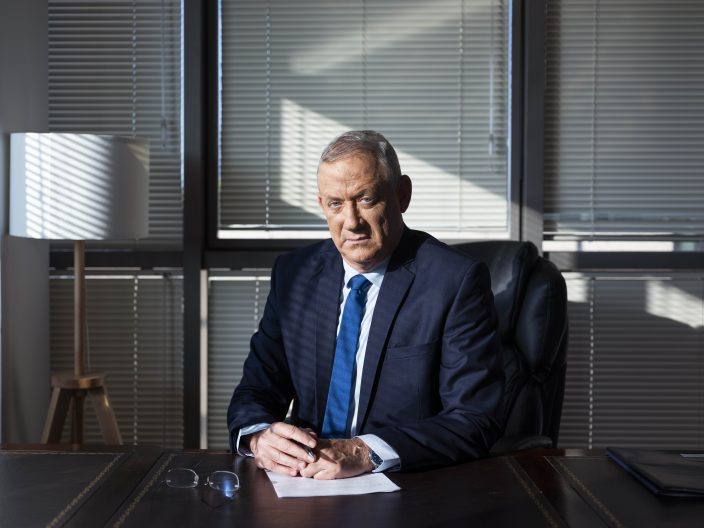 FILE - In this Thursday, Sept. 12, 2019 file photo, Blue and White party leader and former IDF chief of staff Benny Gantz poses for a portrait at his party headquarters, in Tel Aviv, Israel. Israel is heading to an unprecedented repeat election next week with no guarantee that the do-over vote will produce a more decisive result than an inconclusive one last April. (AP PhotoOded Balilty, File)

But when Avigdor Lieberman's hard-line Yisrael Beitenu party objected to the religious parties' excessive influence, Netanyahu was left with just 60 supporters — one short of a majority. Instead of allowing an alternative candidate a chance to form a government, he dissolved parliament and called another snap election.

Polls show Netanyahu's Likud and his main challenger, the centrist Blue and White, in a head-to-head tight race. Both parties could struggle to form a majority coalition with their smaller allies.

A unity government between the two biggest parties may be the most reasonable way out of the gridlock, but Blue and White has vowed not to serve under Netanyahu because of his likely indictment on corruption charges. Netanyahu, the longest serving leader in Israeli history, is unlikely to agree to sit in a government headed by anyone else. 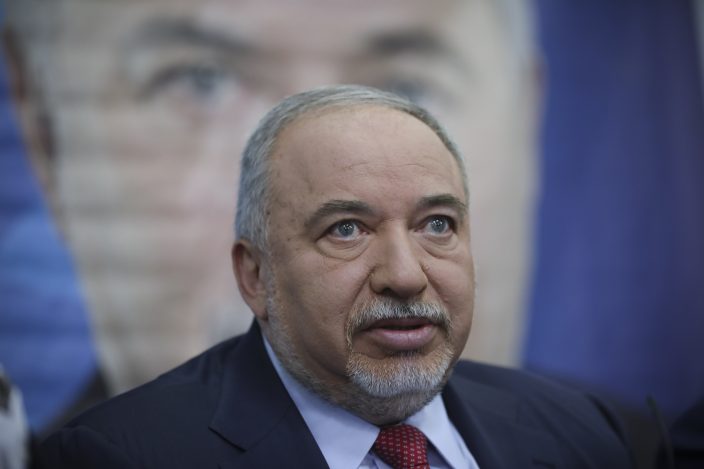 FILE - In this May 30, 2019 file photo, Former Israeli Defense Minister and Yisrael Beiteinu party leader Avigdor Lieberman speaks to journalists during a press conference in Tel Aviv, Israel. Israel embarked on an unprecedented second, snap election this year after Prime Minister Benjamin Netanyahu failed to form a governing coalition and instead dissolved parliament. Netanyahu was unable to build a parliamentary majority because his traditional ally, Lieberman, refused to bring his faction into the coalition. (AP PhotoOded Balilty, File)

Here's a look at the various scenarios that could play out after the Sept. 17 vote:

Netanyahu has been campaigning furiously to boost support for his ruling Likud party so he can reach his stated goal of establishing a right-wing, nationalist government — without Lieberman. 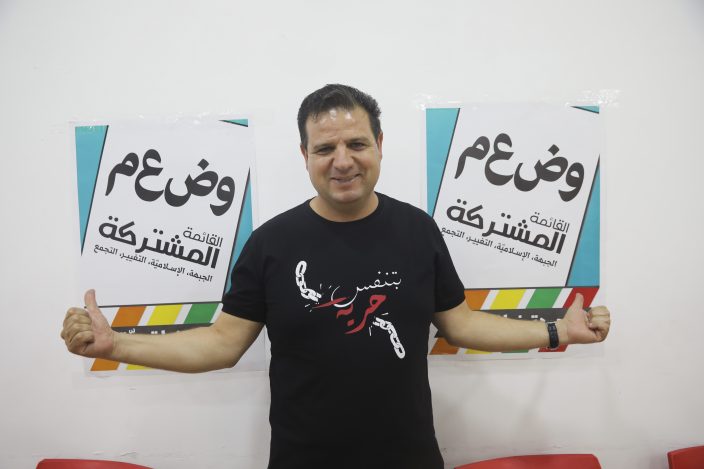 FILE - In this Aug. 29, 2019 file photo, Ayman Odeh, the leader of the Arab Joint List parties, poses for a photo in party offices in Nazareth, Israel. An unprecedented repeat election next week provides no guarantee that the do-over vote will produce a more decisive result than an inconclusive one last April. Arabic on posters reads : "The Joint List, the front, the Islamic, the change, the assembly, our unity is strength." Arabic on T-shirt reads "I breathe freedom." (AP PhotoMahmoud Illean, File)

He appears to be able to count on the support of two ultra-Orthodox parties and the newly unified pro-settler Yamina party.

The fringe, ultranationalist Jewish Power faction, led by followers of the late rabbi Meir Kahane, who advocated expelling Arabs from Israel and creating a Jewish theocracy, is polling at the minimum threshold for entering parliament. If it pushes through, it could put Netanyahu over the top and give him the reins once again.

Such a government would be the most nationalist in Israeli history and Netanyahu would likely require its members to support legislation granting him immunity from looming corruption charges. But Netanyahu has previously been wary of leading governments with slim majorities since it would leave him open to extortion from individual lawmakers.

BLUE AND WHITE COBBLES TOGETHER A 'BLOCKING MAJORITY'

Opposition leader Benny Gantz has a far tougher path to the premiership.

Though his Blue and White party tied Likud with 35 seats in the April vote, and they are predicted to tie once again, the center-left bloc is far more splintered.

Its more dovish parties aren't likely to cooperate with Lieberman, and Arab parties have never sat in government and typically refrain from endorsing a candidate for prime minister.

Gantz's best hope may be to edge Likud on election day, and then cobble together an informal alliance of parties, called a "blocking majority," that oppose Netanyahu.

Gantz would then have to get creative by either convincing Likud to dump Netanyahu, persuading some Likud members to defect or concoct other seemingly impossible political marriages, such as an alliance with Arab parties.

The most likely, and most complicated, outcome appears to be another tie, with neither Likud nor Blue and White reaching the magic number of 61 with their allies.

Lieberman, the emerging kingmaker, is refusing to back either side and says he will insist on a secular unity government between Netanyahu and Gantz that will push out the ultra-Orthodox parties.

Neither Likud nor Blue and White are thrilled about that scenario, and officials in both parties have openly suggested they would try to break up the opposing factions and lure splinter groups to defect.

The leader of the main Arab faction in parliament, Ayman Odeh, has floated the idea of backing Gantz but says it will depend on Gantz's position on several key issues, including his policies toward the Palestinians.

The jockeying will begin as soon as official results come in. That's when attention will shift to President Reuven Rivlin, who is responsible for choosing a candidate for prime minister. He is supposed to choose the leader who he believes has the best chance of putting together a stable coalition. That is usually the head of the largest party, but not necessarily.

The candidate has 42 days to do so and, if he fails, the president can give another candidate 28 days to form an alternative coalition. If that fails, he can call new elections, something that has never happened. Rivlin promises he will do everything in his power to prevent a third election.

A fellow member of Likud, Rivlin has a history of bad blood with Netanyahu, and he has emerged as a fierce critic of practices he considers undemocratic.

"The president has a wide range of discretion in this case," said Tal Schnieder, a political commentator. "He may feel that Netanyahu had his chance and now it is time to give someone else a turn. There would be public legitimacy for such a move, but it would usher in a stormy period."

Two small parties could play a big role in the final outcome.

Labor, the iconic party of the country's founding fathers that ruled Israel for its first 30 years, has fallen onto hard times. If the center-left party makes it into parliament, it would give a boost to Gantz's chances of victory. But if it does not cross the threshold, those votes would be wasted.

The far-right Jewish Power party is locked in a similar struggle for survival. If it makes it into parliament, it would also bolster Netanyahu's chances. Without them, his chances are slim.

Despite the danger, Netanyahu seems intent on wiping out Jewish Power. He has been pushing hard to siphon off its voters to ensure that Likud is the biggest party in parliament.

Polls put Labor and Jewish Power on the bubble. Whether one or both make it into parliament may determine who becomes prime minister.

Aron Heller has covered Israeli politics for The Associated Press since 2005. Follow him at www.twitter.com/aronhellerap