You can sell North Korean food in South Korea. But you're likely to get into trouble if you decorate your restaurant with pictures seen as praising North Korea.

Authorities say the owner of a restaurant under construction in Seoul "voluntarily" removed signs with images of North Korean leaders and the North Korean flag from the restaurant's exterior on Monday, after they were criticized on social media over the weekend.

Police quoted the owner as saying the North Korea-themed decorations were intended to attract attention and make the restaurant more profitable. 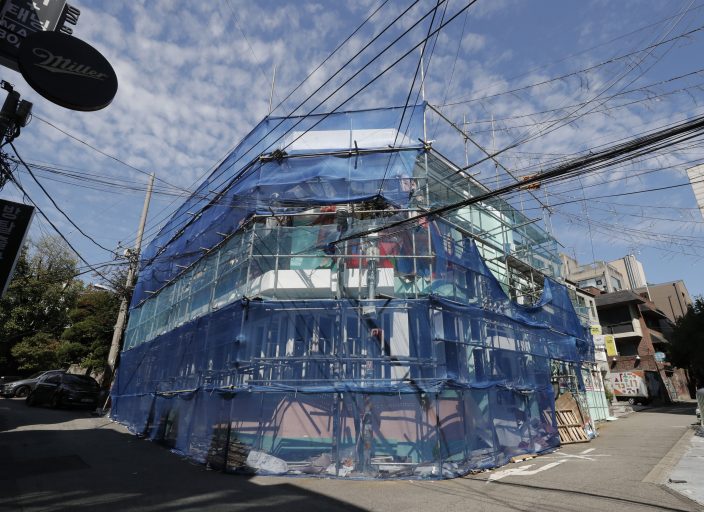 Police said they are looking at the possibility that the owner violated South Korea's security law, under which praising North Korea can be punished by up to seven years in prison.

Full enforcement of the National Security Law has been rare in recent years as relations with North Korea have improved greatly since the Cold War era. In the past, South Korean dictators often used the security law to imprison and torture dissidents until the country achieved democracy in the late 1980s.

Many restaurants in South Korea sell North Korean-style cold noodles, dumplings and other food. But none is believed to have portraits of Kim Il Sung and Kim Jong Il, the late grandfather and father of current leader Kim Jong Un, or a North Korean flag. 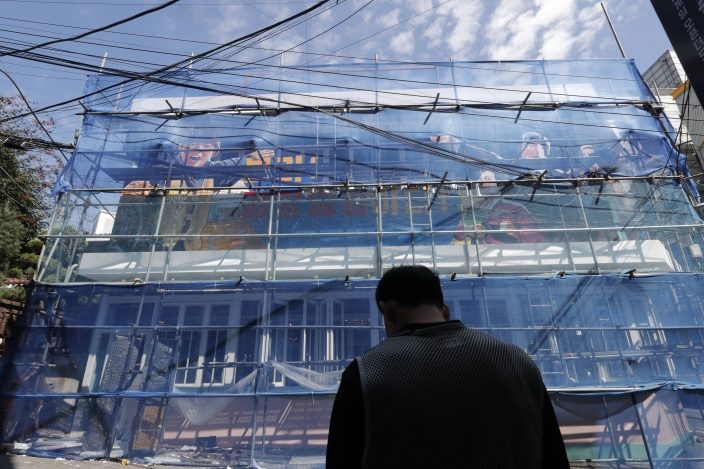 Despite the removal of the images, the restaurant's exterior still has socialist-style propaganda paintings with parodies of North Korean slogans such as "More booze to comrades" or "Let's bring about a great revolution in the development of side dishes."

It wasn't immediately clear whether the owner would remove those decorations as well. The owner hasn't expressed any intention of changing the restaurant's concept, according to a Seoul police officer who requested anonymity, citing department rules.

The restaurant is being built in Seoul's Hongdae neighborhood, a bustling area known for fancy bars and nightclubs.

Both police and local officials refused to reveal details about the owner, citing privacy concerns.

During a visit to the site on Monday, some residents expressed opposition to the restaurant, while others said they were curious about what it would be like once it opens.

"I think it is too early to do this kind of thing (displaying portraits or the North Korean flag). But once this place opens for business I would come here purely out of curiosity," said Park So-hyun, a company employee.

Another citizen, Oh Sang-yeop, said, "I see they have taken down the portraits and flag, so I think it will be OK."

A Russian court on Tuesday fined a ...