Jack Hughes scored twice in his NHL preseason debut, including the winner 40 seconds into overtime to lift a New Jersey Devils split squad to a 4-3 win over the Boston Bruins on Monday night in Newark, New Jersey.

Hughes, the first overall pick in June's NHL draft, and P.K. Subban, acquired in a trade with Nashville, both played their game for the Devils. 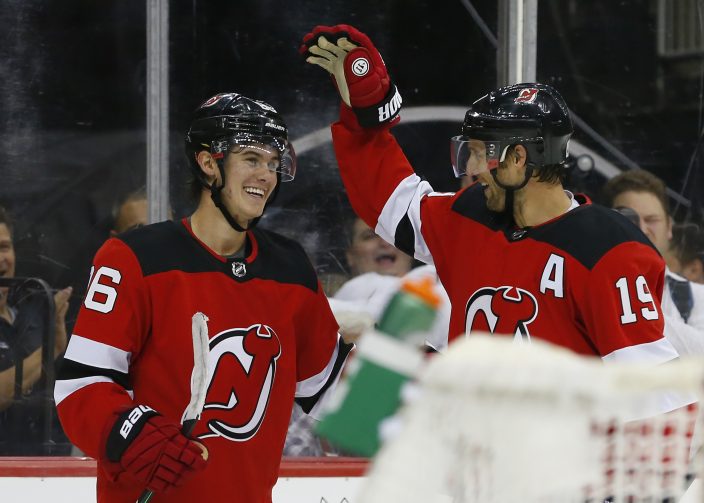 Cory Schneider started in goal for New Jersey and made 17 saves on 18 shots before being replaced by Gilles Senn, who was credited with the win after stopping 14 of 16 shots he faced. 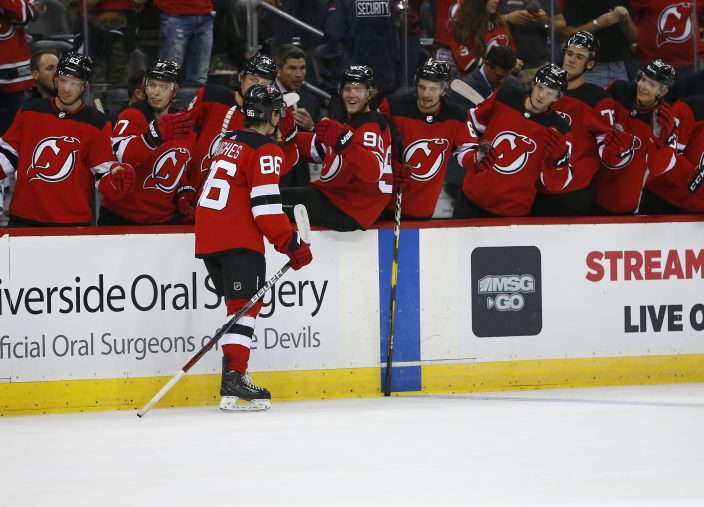 In Washington, Tom Wilson scored 2:25 into overtime to lift the Capitals to a 4-3 win over the Chicago Blackhawks.

Aleksi Saarela, Alexander Nylander and Adam Boqvist scored for Chicago, which got a 25-save effort from Collin Delia.

In State College, Pennsylvania, Jack Eichel scored 4:52 into overtime to lift the Buffalo Sabres to a 5-4 win over the Pittsburgh Penguins.

Eichel finished with a goal and an assist.

John Gilmour, Conor Sheary, Henry Jokiharju and Tage Thompson also scored for the Sabres. Carter Hutton started in goal and made two saves on three shots before being replaced by Jonas Johansson, who stopped 11 of 14 shots.

Penguins starter Casey DeSmith made 23 saves on 25 shots in his half of the game. Tristan Jarry took the loss after allowing three goals on 22 shots.

SBISA GETS TIEBREAKING GOAL FOR ISLANDERS

In Philadelphia, Luca Sbisa' tie-breaking goal early in the third period lifted the New York Islanders to a 3-1 victory over the Flyers.

Thomas Hickey and Erik Brown also scored for the Islanders.

Christopher Gibson was credited with the win as he made 13 saves on 13 shots after replacing starter Semyon Varlamov, who made 10 saves.

James van Riemsdyk scored Philadelphia's lone goal. Brian Elliott started in goal for the Flyers and stopped eight of nine shots. Alex Lyon was charged with the loss, as he allowed a goal on three shots.

BONINO GETS 3 POINTS TO LIFT PREDATORS PAST PANTHERS

In Nashville, Tennessee, Nick Bonino scored two goals and added an assist to lead the Predators to a 6-3 win over the Florida Panthers in a split squad game.

Austin Watson chipped in with a goal and an assist, and Rem Pitlick, Philip Tomasino, and Tanner Jeannot also scored for Nashville, which had 13 players record a point in the win.

The Predators trailed by two 2:05 into the second period, before scoring the final five goals of the game.

Connor Ingram stopped all 11 shots he faced in the final half of the game to earn the win. Nashville starter Troy Grosenick allowed three goals on 12 shots.

Brett Connolly finished with a goal and an assist for Florida, which also received goals from Colton Sceviour and Jayce Hawryluk.

The fiancee of Jamal Khashoggi tol ...