Marcell Ozuna drove in four runs and threw out a runner at home plate from left field, leading the St. Louis Cardinals over the Washington Nationals 4-2 on Monday night.

St. Louis maintained a two-game NL Central lead over the second-place Chicago Cubs, who closed within a half-game of the Nationals for the top NL wild card.

Nationals manager Dave Martinez missed the game following a heart procedure in Washington, and bench coach Chip Hale was in charge of the dugout. 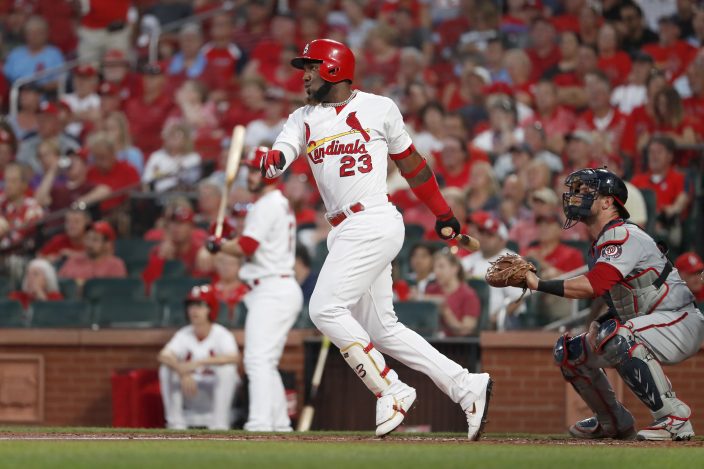 St. Louis Cardinals' Marcell Ozuna (23) follows through on a two-run home run during the first inning of a baseball game against the Washington Nationals, Monday, Sept. 16, 2019, in St. Louis. (AP PhotoJeff Roberson)

Ozuna hit a two-run homer in the first off Stephen Strasburg, who walked Dexter Fowler leading off.

Washington tied the score 2-2 on Víctor Robles' RBI single in the fourth and Anthony Rendon's 34th homer leading off the sixth. Ozuna charged on Robles' hit and made a one-hop throw to catcher Yadier Molina, who tagged out Asdrúbal Cabrera trying to score from second.

Fowler walked against Sean Doolittle (6-5) with one out in the seventh, Hunter Strickland walked Paul Goldschmidt with two outs and Ozuna doubled just inside the left-field line, just the second hit in 11 at-bats for the Cardinals with runners in scoring position. 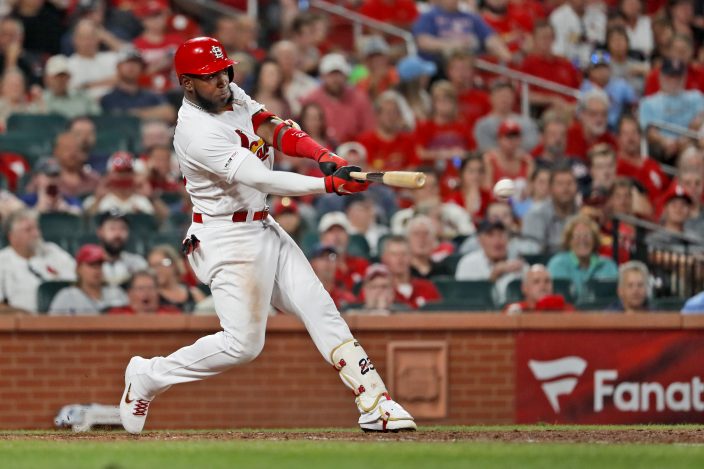 Dakota Hudson (16-7) won for the sixth time in seven starts, giving up two runs and five hits in seven innings.

John Brebbia, Andrew Miller and Martínez followed with perfect relief. One day after he was released from a hospital following respiratory problems caused by asthma and allergies, Martinez retired Ryan Zimmerman on a flyout for his 20th save in 23 chances.

Strasburg gave up two runs, three hits and four walks in five innings, his shortest outing since Aug. 3. He is 3-2 in his last nine outings after winning seven straight starts in late June and July, leaving his record at 17-6. 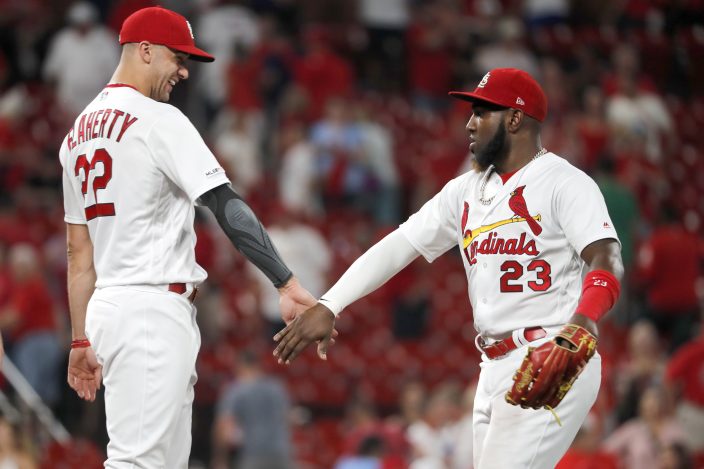 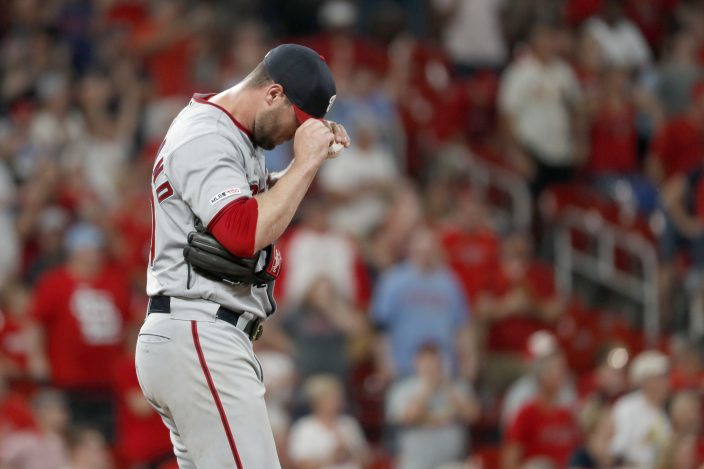 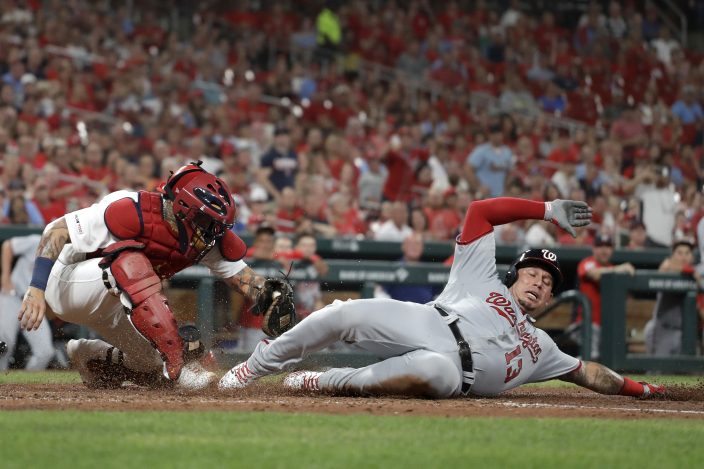