Oakland's lead over Tampa Bay for the top AL wild card was cut to one game. Cleveland is 1½ games behind the Rays. 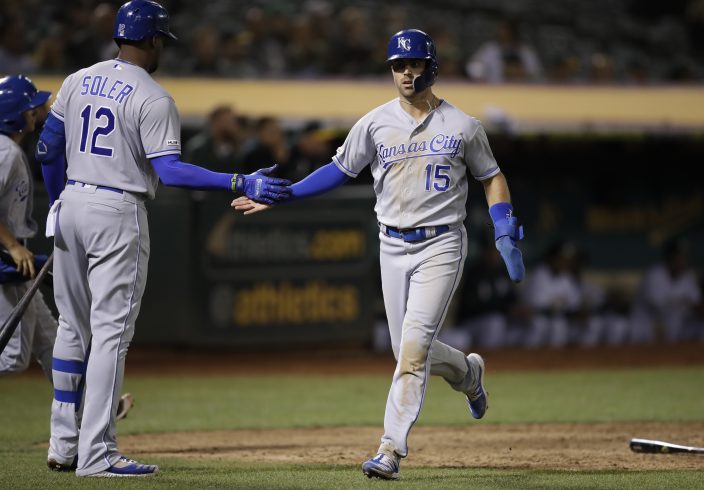 Phillips homered on a 2-0 fastball from Hendriks (4-3) with one out in the ninth, Hendriks' sixth blown save in 28 chances.

Whit Merrifield reached when center fielder Ramón Laureano allowed his drive to pop out of the pocket of his glove at the front of the warning track for an error. Mondesi sliced an opposite-field double to left.

Marcus Semien singled leading off the bottom half for Oakland but Ian Kennedy retired his next three batters for his 30th save in 35 chances, giving the Royals' Ned Yost his 1,200th win in 16 seasons as a major league manager. At 56-95, the Royals are trying to avoid their second straight 100-loss season. 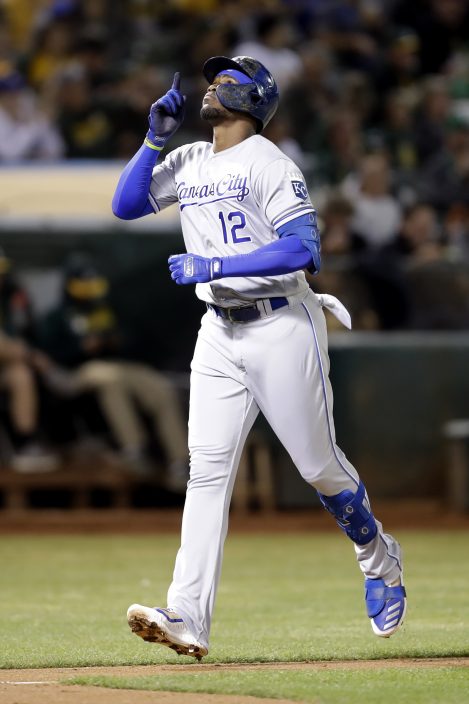 Laureano made back-to-back strong throws to the plate in the first, including one on the fly, to keep Mondesi at third after Mondesi's RBI triple. 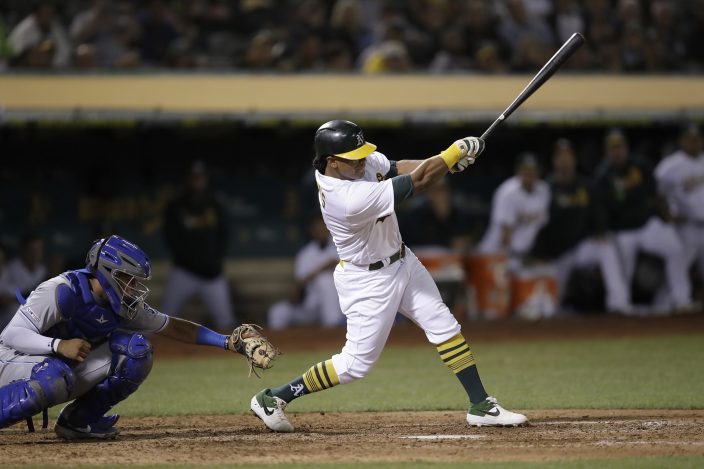 ONE MORE THAN RICKEY

Semien's home run was his 29th while batting first in the order, breaking the A's record he shared with Hall of Famer Rickey Henderson. 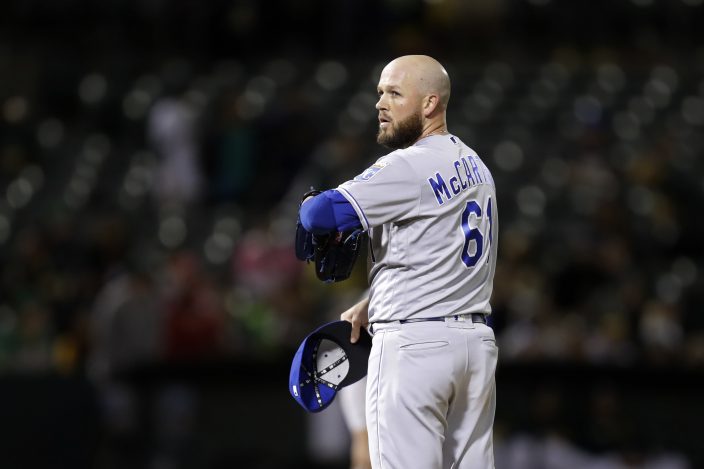 Kansas City Royals' Kevin McCarthy pauses in the eighth inning of a baseball game against the Oakland Athletics after giving up an RBI single to A's Khris Davis, Monday, Sept. 16, 2019, in Oakland, Calif. (AP PhotoBen Margot)

BEGINNING OF THE END

There were concerns the game might be postponed due to field conditions following an NFL game Sunday and rain Monday. The infield still had football markings and there were large dark patches of dead grass in center field, which bore the weight of stands that were removed overnight. It's the final time the A's will have to deal with the situation after having shared the Coliseum with the Oakland Raiders since 1995. The Raiders won't play at the Coliseum again until Nov. 3, well after the A's season has ended, and are moving to Las Vegas next year. 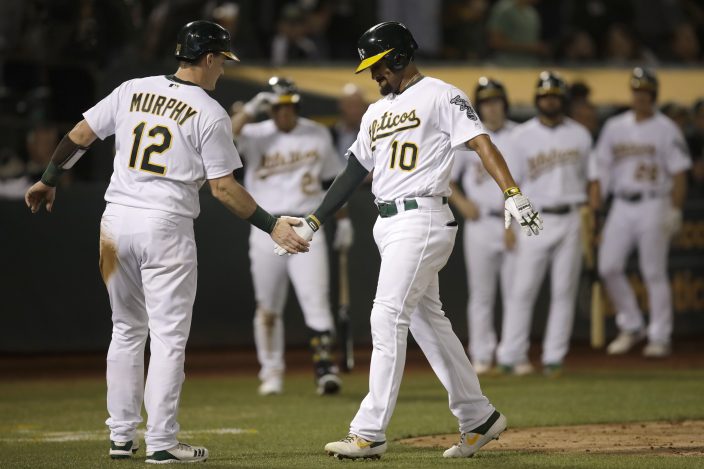 Athletics: RHP Mike Fiers is getting further testing for nerve irritation in his right arm but the A's are hopeful their top pitcher can throw a bullpen Tuesday and won't have to miss his turn in the rotation.

Islanders sign goalie Sorokin to $2M deal for next seas ...

The New York Islanders on Tuesday ...

Confederate statue being moved at University of Mississ ...

A Confederate monument that’s been ...