The Chicago Cubs were shut down by Sonny Gray and two relievers Tuesday night, falling 4-2 to the Cincinnati Reds in a loss that hurt their playoff positioning.

Chicago had won five in a row, outscoring its opponents 59-18 during the stretch. But it managed just two runs against Gray (11-7) before Michael Lorenzen and Raisel Iglesias closed out the five-hitter for Cincinnati.

The Cubs (82-69) dropped into a tie for the second NL wild card with Milwaukee, which held off San Diego for a 3-1 victory. They also missed out on an opportunity to gain ground on NL Central-leading St. Louis, which lost 6-2 to Washington. 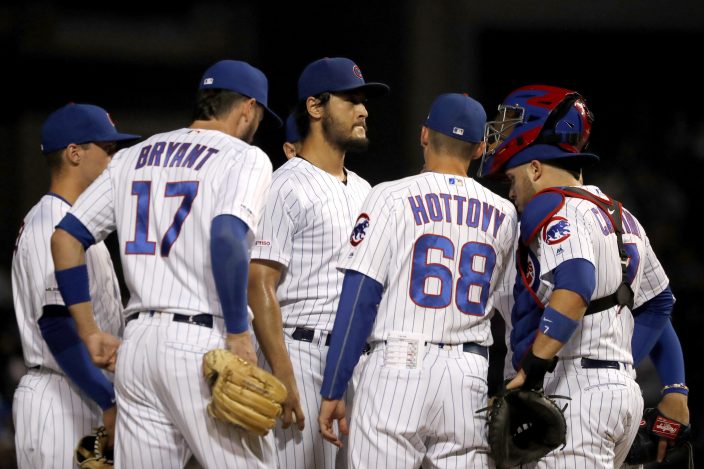 Rookie Aristides Aquino hit his 16th homer for Cincinnati (71-81), and Joey Votto and Eugenio Suárez each drove in a run.

Gray departed with runners on the corners, and Lorenzen struck out Nicholas Castellanos to end the inning.

Lorenzen then worked the eighth before Iglesias pitched a perfect ninth for his 32nd save.

Yu Darvish (6-7) struck out 13 in seven innings for Chicago, but was hurt by a slow start. Kyle Schwarber had three hits and two RBIs.

The San Francisco 49ers got traini ...