New York pulled within four games of Chicago and Milwaukee for the second NL wild-card berth. The Mets have 11 games left in the regular season.

Stroman (9-13) allowed four hits, struck out seven and walked one in helping the Mets bounce back from consecutive losses. 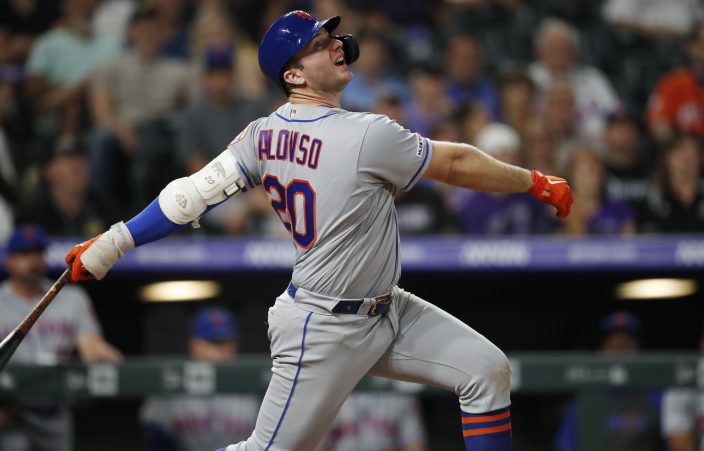 Charlie Blackmon homered off Luis Avilan with two outs in the ninth for the Rockies' lone run.

Tim Melville (2-3) had put up zeroes right along with Stroman, facing the minimum through five innings with an assist from his defense, which turned three double plays while he was on the mound.

But Todd Frazier singled to start the sixth and Rosario followed by driving a 1-1 offering from Melville into the left field bleachers for his 13th home run and a 2-0 lead. 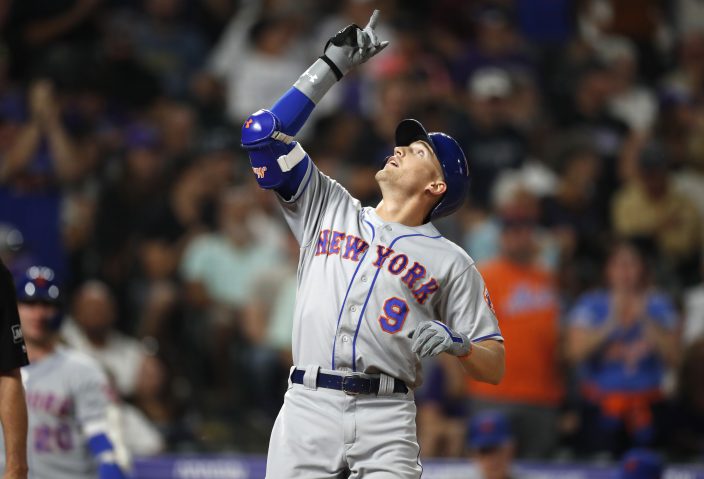 One out later, Nimmo tagged the first pitch he saw for his seventh of the season. Melville got Jeff McNeil to fly out before Alonso, getting the green light on a 3-0 pitch, connected for his 48th home run. The ball landed among the stand of evergreens beyond the center field fence, and Melville was relieved by Philip Diehl.

Alonso, who added an RBI single in the Mets' eighth, is one homer shy of tying Mark McGwire for the second-most home runs by a rookie in a season. The New York Yankees' Aaron Judge hit 52 home runs as a rookie in 2017.

Stroman, acquired from Toronto in a July 28 trade, improved to 3-2 with a 3.86 ERA in his nine starts for New York. The Mets have gone 6-3 with Stroman on the mound. 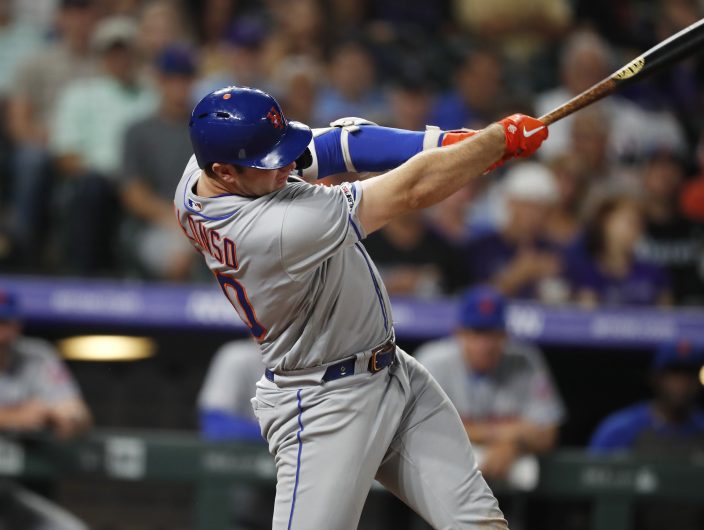 Rockies: LHP Kyle Freeland threw some 40 pitches in a simulated game in a major step toward returning from a left groin strain. The team remains hopeful he'll be able to pitch one or two more times before the end of this season. Freeland said he felt fine after the throwing session. "All pitches felt good," Freeland said. "Leg held up well, so was able to go 100 percent. All in all, it felt really good today." Freeland has been on the 10-day injured list since Aug. 21. 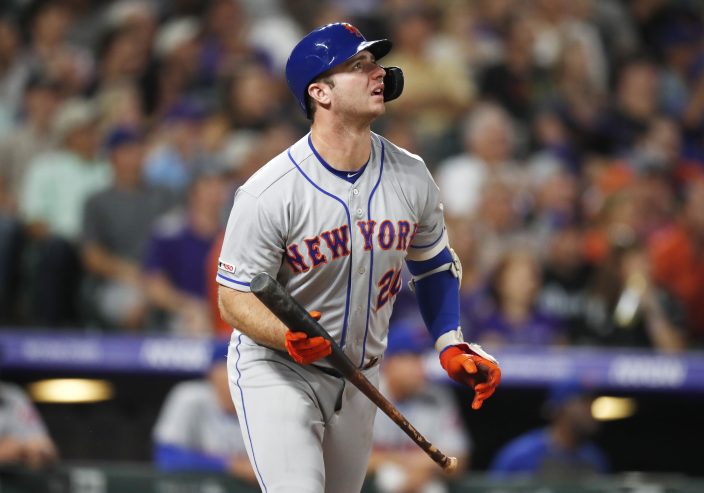 Mets: RHP Noah Syndergaard (10-8, 4.15 ERA) is slated to make his first career start against Colorado at Coors Field. He has gone 2-0 with a 2.42 ERA in four previous starts against Colorado, all at home.

Rockies: RHP Jeff Hoffman (2-6, 7.03 ERA) is making his second start of the season against the Mets. He took the loss in the first encounter on June 9, allowing six hits and seven runs in 4 2/3 innings. 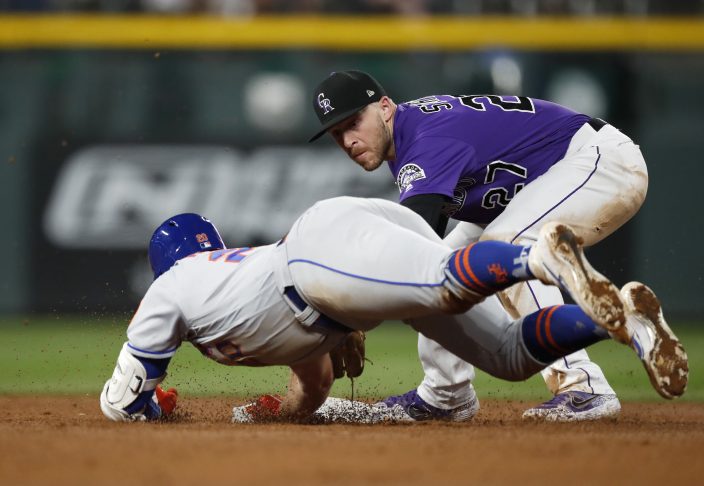 Colorado Rockies shortstop Trevor Story, back, tags out New York Mets' Pete Alonso as he slides into second base while trying to stretch a single into a double during the eighth inning of a baseball game Tuesday, Sept. 17, 2019, in Denver. (AP PhotoDavid Zalubowski)