James Harden had a triple-double with 10 points, 17 assists and 12 rebounds in just more than a half as the Houston Rockets opened the NBA preseason with a 140-71 win over the Shanghai Sharks on Monday night.

Russell Westbrook, who was acquired in a trade with Oklahoma City this summer, did not play. The Rockets are taking things slow with Westbrook this preseason after he spent most of the offseason recovering from arthroscopic knee surgery he had in May.

Clint Capela had 25 points and 10 rebounds for the Rockets, who played most of their starters for a good chunk of the first half as they built a 77-34 lead. Gerald Green added 21 points and made five 3-pointers on a night Houston finished with 23. 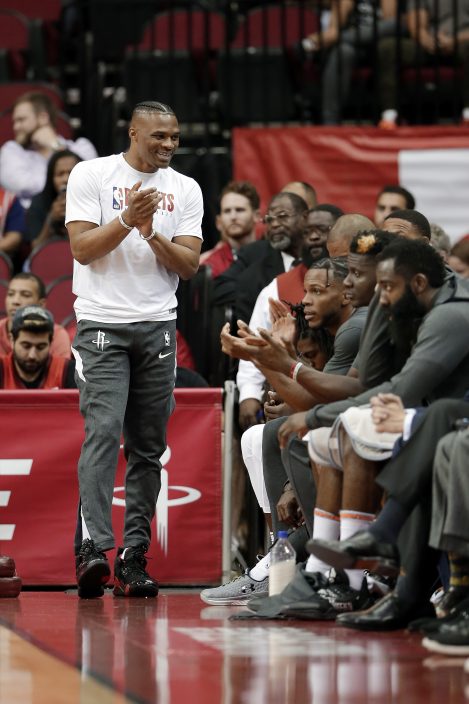 Houston Rockets guard Russell Westbrook, left, celebrates a score from the bench as he sits out an NBA basketball preseason game against the Shanghai Sharks during the first half Monday, Sept. 30, 2019, in Houston. (AP PhotoMichael Wyke)

Houston now departs for a trip to play the Los Angeles Clippers in Hawaii on Friday followed by two games against the Toronto Raptors in Tokyo on Oct. 8 and Oct. 10. 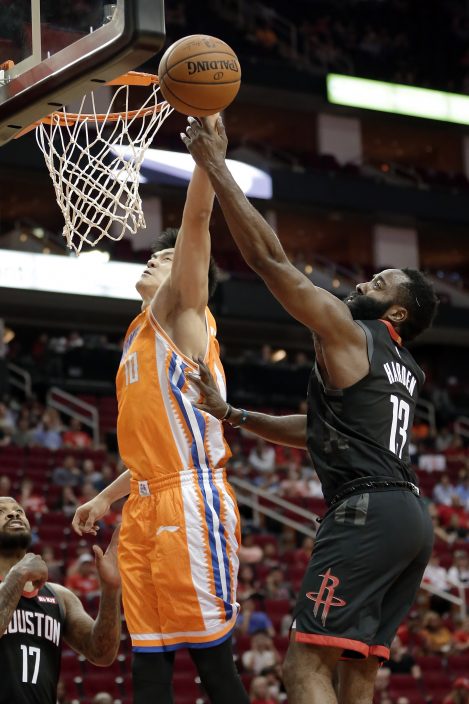 Shanghai Sharks center Dong Hanlin (10) is fouled on his layup by Houston Rockets guard James Harden (13) during the first half of an NBA basketball preseason game Monday, Sept. 30, 2019, in Houston. (AP PhotoMichael Wyke) 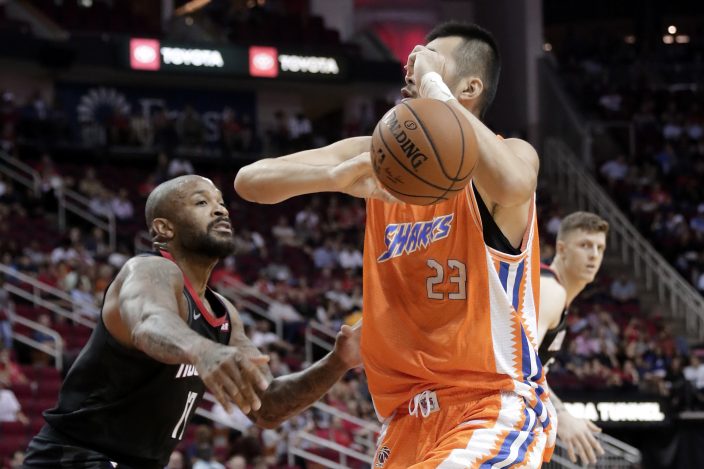 Kawhi Leonard got his first career ...