Lebanon's central bank has issued guarantees to secure U.S. dollars for local banks at the fixed official rate that would cover imports of fuel, wheat and medicine.

The central bank's move on Tuesday aims to ease the demand for dollars at a time when many Lebanese are rushing to exchange shops to convert their local currency into dollars.

Hundreds protested on Sunday over a worsening economic crisis, compounded by worries that Lebanon's dollar-reliant currency is losing value for the first time in more than two decades. 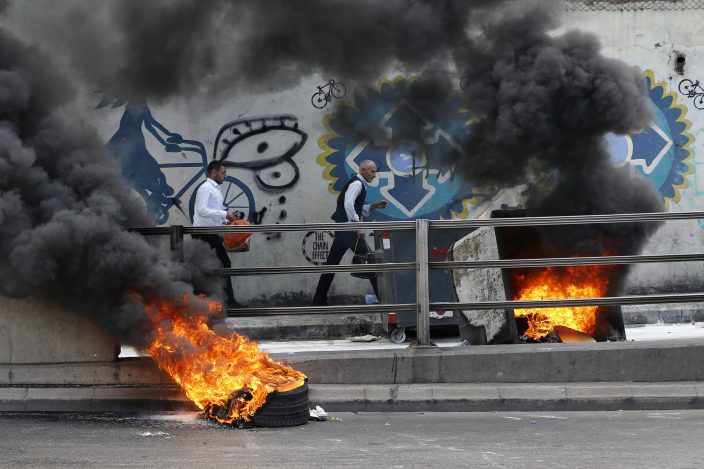 People walk next to tires set on fire by anti-government protesters to block a road during a demonstration, in Beirut, Lebanon, Sunday, Sept. 29, 2019. Hundreds of Lebanese are protesting an economic crisis that has worsened over the past two weeks, with a drop in the local currency for the first time in more than two decades. (AP PhotoBilal Hussein)

The central bank said the imports it's securing hard currency for are "only for local consumption."

The move will cover only imports into Lebanon amid reports that gasoline and wheat are being smuggled to neighboring Syria, which is under U.S. and European sanctions.

New US envoy to UAE stresses deescalation in Persian Gulf

Lebanese troops move in to open roads closed by protesters

Dubai bets billions that Expo 2020 won't be a desert mirage