City transport authorities in Wroclaw, where Olga Tokarczuk lives, said Friday that people displaying her books can ride for free on buses and trams over the weekend.

Tokarczuk won the 2018 Nobel Prize on Thursday for "a narrative imagination that with encyclopedic passion represents the crossing of boundaries as a form of life," in the words of the Swedish Academy that bestows the award. 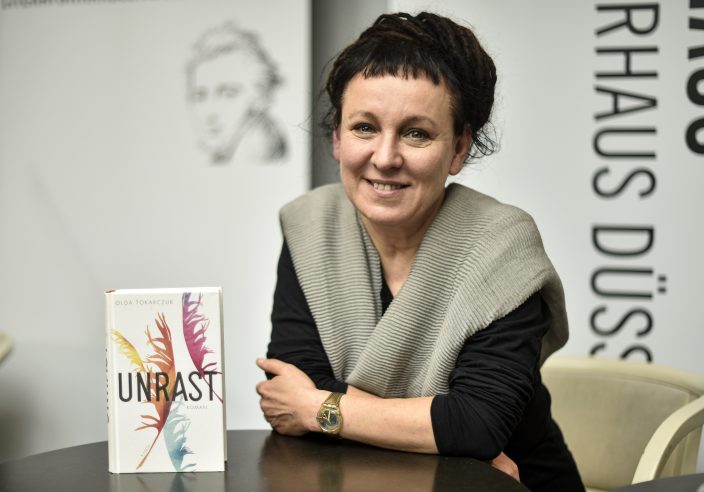 Polish writer and Nobel Prize winner Olga Tokarczuk sits with one of her books after a press conference in Duesseldorf, Germany, Friday, Oct. 11, 2019. Olga Tokarczuk was named yesterday as winner of the Nobel Prize in Literature for 2018. (AP PhotoMartin Meissner)

Poland's finance minister has said he will waive the income tax bill on the $905,000 Tokarczuk won with her prize.