National Coming Out Day festivities were tempered this year by anxiety that some LGBT folk may have to go back into the closet so they can make a living, depending on what the Supreme Court decides about workplace discrimination law.

But the mere fact that words like "transgender" are being uttered before the nation's highest court gives some supporters of LGBT workplace rights hope that the pendulum will swing in their favor.

"I want all members of our community to feel supported by the government, and often for a lot of us and a lot of friends of mine, it's the first time that they feel represented," said Jessica Goldberg, a bisexual senior at the University of Colorado Denver. 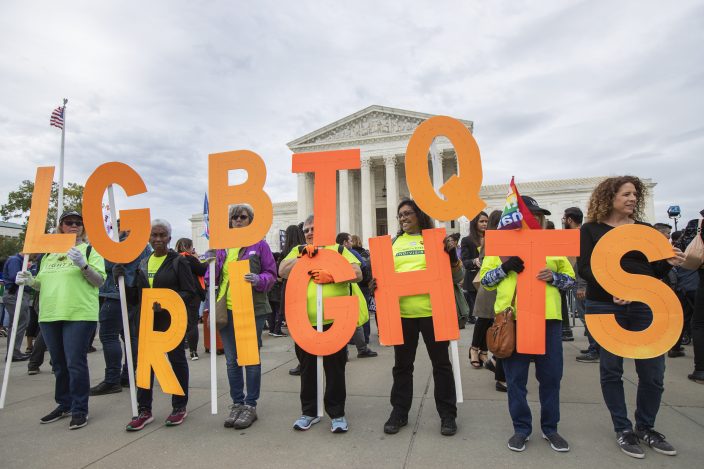 Supporters of LGBTQ rights hold placards in front of the U.S. Supreme Court, Tuesday, Oct. 8, 2019, in Washington. The Supreme Court heard arguments in its first cases on LGBT rights since the retirement of Justice Anthony Kennedy. (AP PhotoManuel Balce Ceneta)

Still, the arguments showed the continuing relevance of National Coming Out Day, first observed in 1988 and marked every Oct. 11, though observances happen over several days. This year that includes Philadelphia's OutFest on Sunday, billed as the largest National Coming Out Day event, many LGBT people said. The holiday aims to show that coming out of the closet helps individuals and the larger community win visibility and acceptance.

Emotionally, the victory for LGBT marriage equality was "huge," said Susan Horowitz, publisher and editor of Between the Lines, an LGBT newspaper in Michigan. But the workplace discrimination case, with its legal ramifications, is bigger, she said.

"You can get married one day and be fired tomorrow if you put your spouse's picture on your desk," Horowitz said. 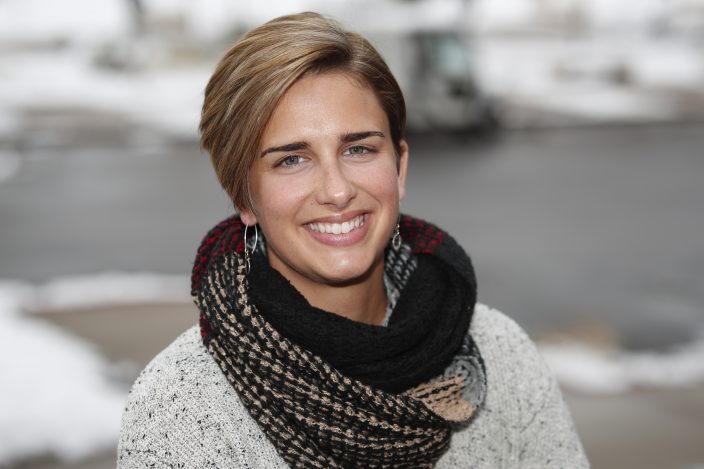 In this Thursday, Oct. 10, 2019, photograph, Kyla Hines, assistant director of the LGBTQ Student Resource Center, poses for a photo outside her offices in the student union on the campus of Metropolitan State College in Denver. (AP PhotoDavid Zalubowski)

But some of the language thrown around in the arguments before the Supreme Court last week about whether the 1964 Civil Rights Act protects LGBT people from employment discrimination — including a question by conservative Chief Justice John Roberts that appeared to show confusion about gender transitions, and off-topic questions about bathroom use by liberal Justices Sonia Sotomayor and Ruth Bader Ginsburg — shows there is a long way to go, said Shannon Minter, a transgender man who is the legal director of the National Center for Lesbian Rights.

President Donald Trump's attempt to ban transgender people from military service , and the backlash to it, has helped educate people, and some of the questioning felt like "the justices had not caught up with that reality," Minter said, adding it felt like a throwback to a prior era.

"It was a wake-up call that the court is not always completely in sync with where the public is," he said. "I hope between now and the time of the decision that gap will close." 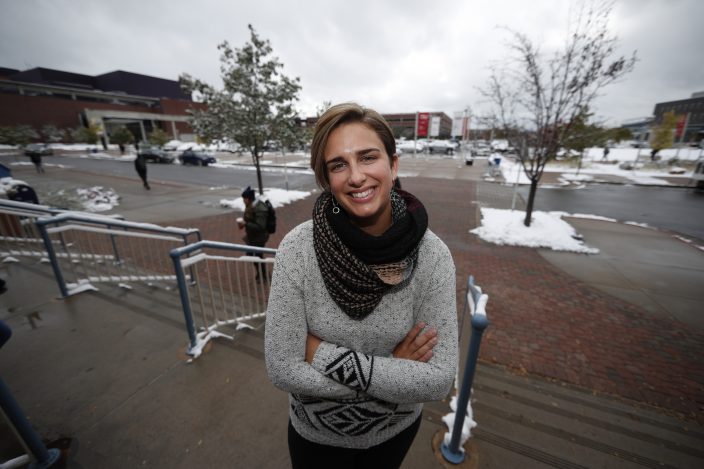 In this Thursday, Oct. 10, 2019, photograph, Kyla Hines, assistant director of the LGBTQ Student Resource Center, poses for a photo outside her offices in the student union on the campus of Metropolitan State College in Denver. (AP PhotoDavid Zalubowski)

The court is expected to rule by the beginning of June — which is also LGBT Pride Month, potentially bookending the court's considerations with gay rights observances.

Horowitz noted with some surprise the success of Pete Buttigieg's candidacy for the Democratic nomination for president. The gay mayor of South Bend, Indiana, is among the top-polling candidates after starting out as a long shot.

Buttigieg himself acknowledged Coming Out Day, tweeting that "Coming out requires finding the courage to share your truth. It requires you to stand on the hope that you will be accepted, and the faith that you can overcome rejection."

Kyla Hines — assistant director of the LGBTQ Student Resource Center for the University of Colorado Denver, Metropolitan State University of Denver and the Community College of Denver — hopes that people who are out or on the verge of coming out can find that courage despite anxiety over the impending LGBT job discrimination decision by the Supreme Court.

"I definitely see a lot of weight and heaviness in the community, on our campus and in our office," Hines said. "We really want to view this time as a celebration."