Iran's president warned Sunday it would be "a big mistake" to think his country won't respond to threats after a mysterious attack on one of its oil tankers. Hassan Rouhani's remarks came as Pakistan's prime minister was visiting Iran in an effort to ease tensions between Tehran and Saudi Arabia.

Imran Khan is planning to visit Saudi Arabia later this week. His mediation efforts come just days after Iran said missiles struck an Iranian oil tanker traveling through the Red Sea near Saudi Arabia, which has denied it was behind the incident.

"If a country thinks that it can create instability in the region without getting a response, that would be a sheer mistake," Rouhani said, without pinning the blame on any specific country. 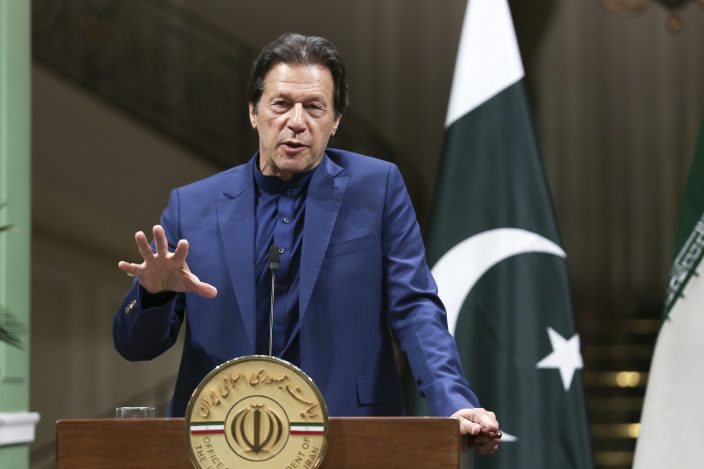 Tensions in the region have been high for months, following President Donald Trump's decision to impose crushing sanctions that target Iran's crude oil sales and have crippled its economy. Those sanctions came after Trump unilaterally withdrew the U.S. from Tehran's nuclear deal with world powers last year.

The tensions culminated in a Sept. 14 attack on key Saudi oil infrastructure that halved the kingdom's oil production.

The U.S. blames Iran for the attack, something Tehran denies. Yemen's Houthi rebels, whom the kingdom has been fighting in a yearslong war, claimed the attack, though analysts say the missiles used wouldn't have the range to reach the target from Yemen. 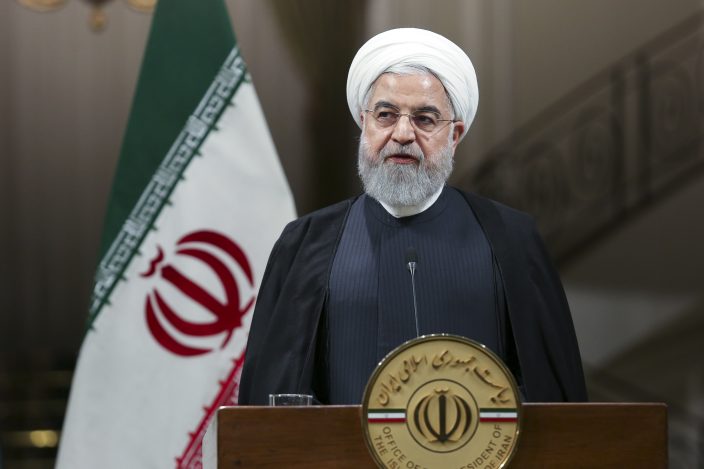 Pakistan is closely allied with Saudi Arabia but has tried to maintain a diplomatic balancing act between Riyadh and Tehran.

Saudi Arabia meanwhile denied it was behind Friday's incident involving the Iranian oil tanker, with Minister of State for Foreign Affairs Adel al-Jubeir telling journalists: "Let's wait and find out what happened before we jump to conclusions." The attack on the tanker has yet to be corroborated.

Khan also met Supreme Leader Ayatollah Ali Khamenei, who said that while Iran has not initiated any war, "if one starts a war against Iran, he will surely regret it." Khamenei also said unspecified countries in the region were "under the will of the United States" and called for an end to the war in Yemen, according to remarks published on the supreme leader's official website.

US seeks to deport Honduran mom, sick children to Guate ...

Whenever Isaac Bonton drained a 3- ...

US Navy carrier transits Strait of Hormuz after deployment