Instead of dwelling on the St. Louis Cardinals' troubles at the plate after two losses in the NL Championship Series, manager Mike Shildt tried to accentuate the positives.

Not anymore. And it might be too late to do anything about those silent bats. 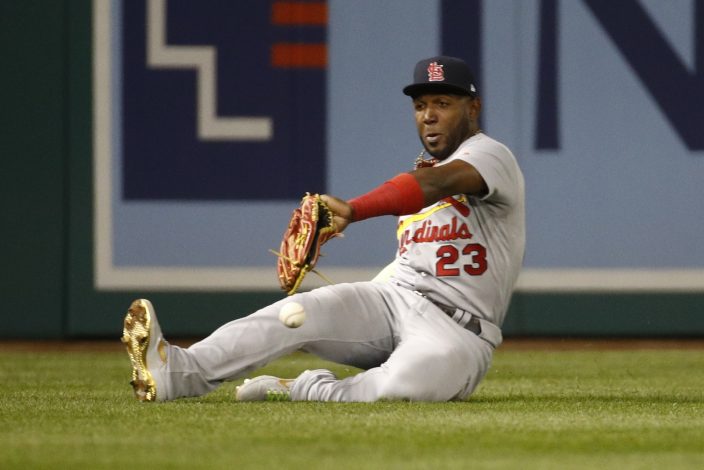 Washington Nationals' Adam Eaton scores on a hit by Anthony Rendon during the third inning of Game 3 of the baseball National League Championship Series against the St. Louis Cardinals Monday, Oct. 14, 2019, in Washington. (AP PhotoPatrick Semansky)

All those previously reliable elements abandoned the Cardinals in Game 3 on Monday night, and their hitting never showed up. After another anemic offensive showing, they got blown out 8-1 by the Washington Nationals to fall into a 3-0 hole and are one loss Tuesday from being swept out of the best-of-seven series.

A comedy of errors in the field and on the basepaths and a rare off night for 23-year-old ace Jack Flaherty did little to relieve the pressure of a lineup still flummoxed by Nationals pitching. St. Louis scored one unearned run on a throwing error and has a grand total of two runs on 11 hits in the series.

Shildt opted not to shake up a lineup that had gone cold since a 13-run outburst in the clinching Game 5 of the NLDS at Atlanta, changing out only Matt Carpenter for José Martínez. That didn't work: Nationals starter Stephen Strasburg mowed down the Cardinals with 12 strikeouts and zero walks. 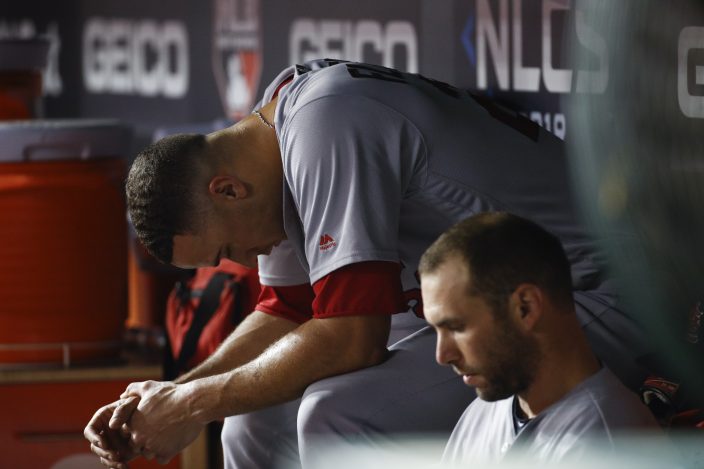 Leadoff hitter Dexter Fowler went 0 for 4 with three strikeouts. Power-hitting first baseman Paul Goldschmidt struck out four times. And when Marcell Ozuna doubled leading off the second inning, he stunted the momentum with a baserunning blunder that set the tone for the rest of the night.

With little coming at the plate and the Cardinals' margin for error razor thin, each mistake — like Ozuna missing a catchable ball in left field — became more demoralizing. It didn't help that the starting pitching that kept St. Louis afloat in the first two games wasn't at the same level.

After going 18 consecutive starts without allowing more than three runs, Flaherty surrendered four on four hits in the third inning alone. He then started off the fourth by giving up Kurt Suzuki's first hit of the playoffs and didn't make it to the fifth. 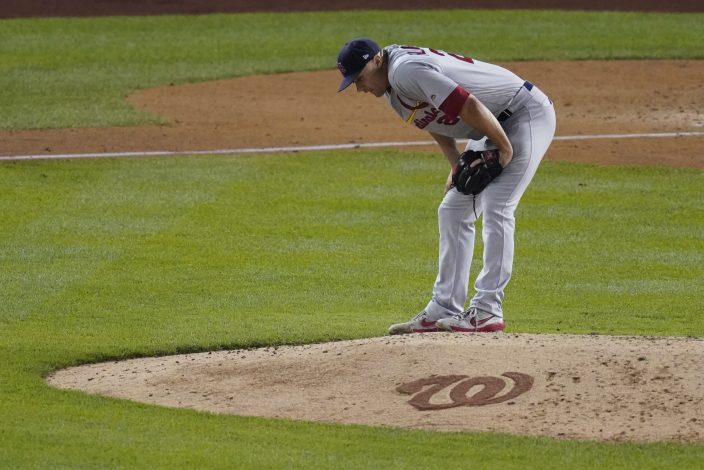 By the time Shildt turned to his bullpen — to fittingly terrible results — it was difficult to envision the Cardinals scoring enough runs to even make it interesting. The crushing combination of no hitting and flawed play all over the field put St. Louis on the brink of elimination with 25-year-old Dakota Hudson going to the mound trying to extend this season one more day.

"I'm not going to go out there and try to do anything that's out of my skillset," Hudson said before Game 3. "I just want to give the best I have and stay within myself to where I have the best chance of success." 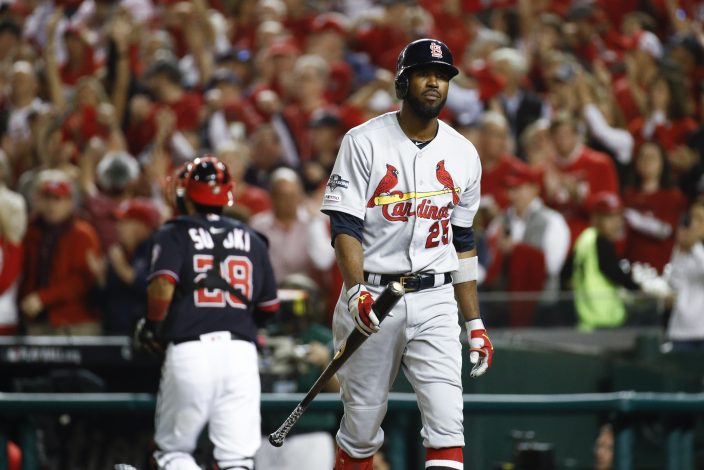 St. Louis Cardinals' Dexter Fowler reacts after striking out during the third inning of Game 3 of the baseball National League Championship Series against the Washington Nationals Monday, Oct. 14, 2019, in Washington. (AP PhotoPatrick Semansky) 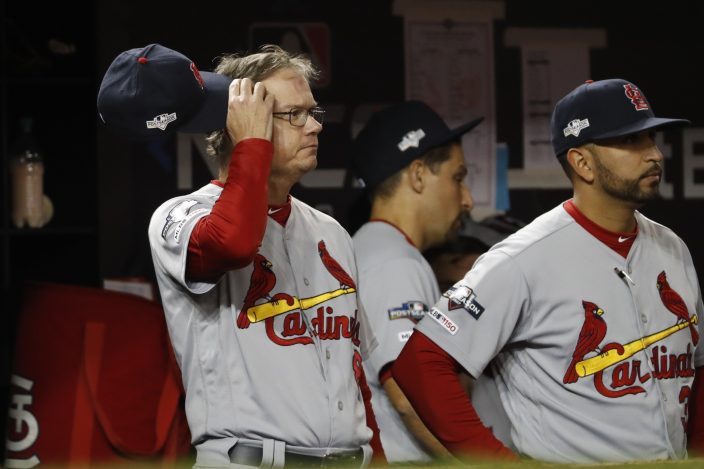 US eyes world power summit for UN anniversary amid cris ...

Maybe the trout will be running th ...

With boost from Donaldson, Twins boldly aim for World S ...

When Rocco Baldelli delivered his ...