With an equalizer in stoppage time, Spain earned the point it needed against Sweden to qualify for the 2020 European Championship on Tuesday, while Ireland missed its chance to seal a spot in next year's tournament by losing to Switzerland.

After conceding a late equalizer against Norway on Saturday to miss an opportunity to qualify in advance, Spain salvaged a 1-1 draw in its visit to Sweden with a goal by Rodrigo two minutes into injury time at Friends Arena. 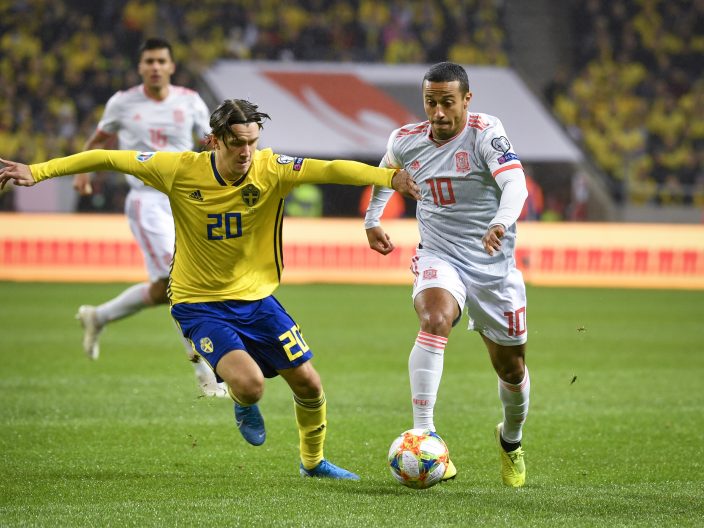 Sweden remained second in Group F, five points behind Spain and one point in front of third-place Romania, which squandered a chance to move past Sweden after conceding a stoppage-time equalizer in a 1-1 draw against Norway at home. The Norwegians stayed alive after its second consecutive last-gasp draw. Romania and Sweden will meet in the next round.

Marcus Berg scored early in the second half to give Sweden the lead, but Rodrigo's late goal from close range kept Spain from losing its first qualifying match — for either the European Championship or the World Cup — since 2014. It also extended Spain's streak of scoring at least a goal to 38 consecutive matches.

Spain was without captain Sergio Ramos because of a yellow-card suspension. The central defender on Saturday played his 168th match with the national team, surpassing the record previously set by Iker Casillas. 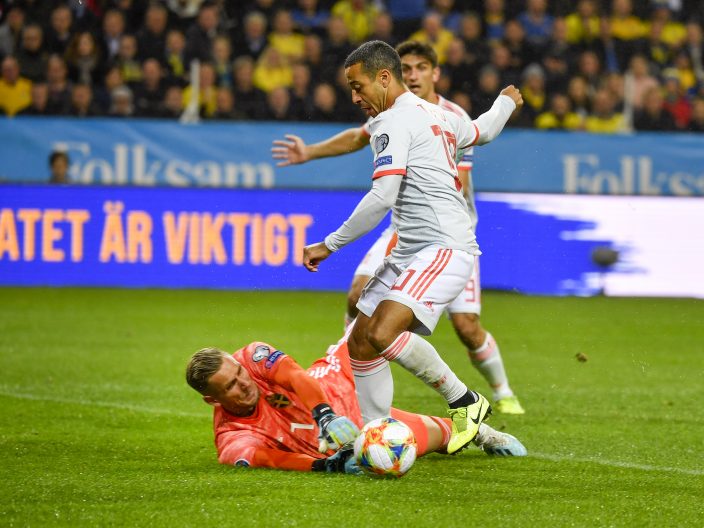 Spain goalkeeper David de Gea had to be substituted in the 60th minute because of an apparent muscle injury.

A win would have secured Ireland a berth at Euro 2020, but a 2-0 loss to Switzerland means it will need to beat Denmark in its final match to guarantee a place in next year's tournament. 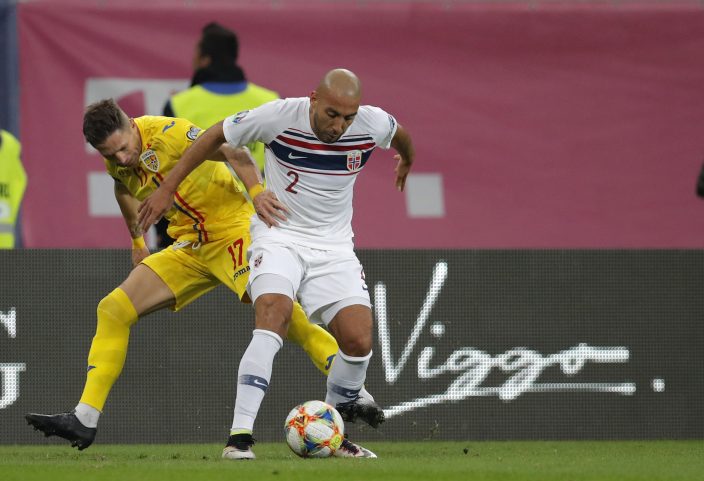 Switzerland regained control of its qualifying destiny with the home victory in the tight Group D, moving one point behind group leaders Ireland and Denmark.

The Swiss and Denmark both have two games next month — including against last-place minnow Gibraltar — while Ireland has only the must-win home clash with the Danes. 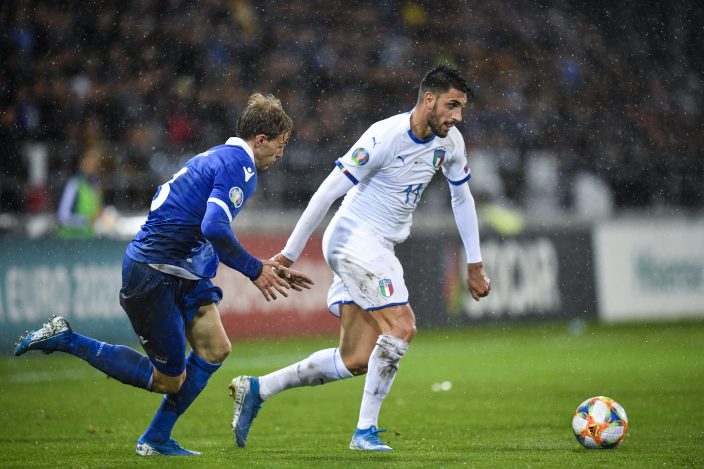 An inexperienced Italy side cruised to victory over Liechtenstein to equal the record number of consecutive wins the Azzurri set between 1938-39.

Having already qualified with Saturday's 2-0 victory over Greece, Italy made 10 changes to its team on Tuesday. 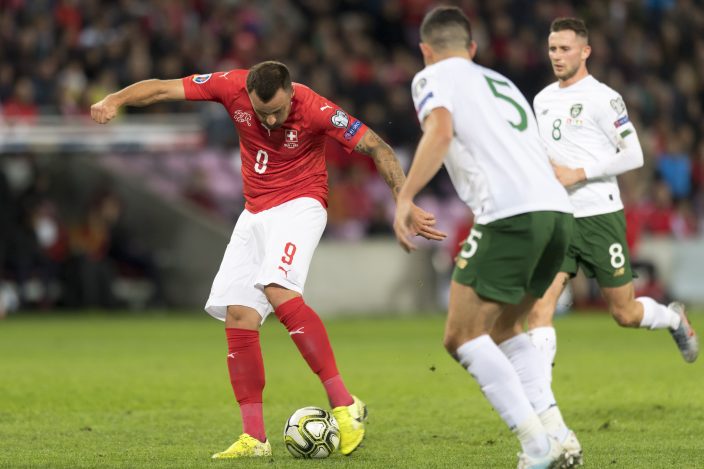 Armenia's hopes of qualifying for a major tournament for the first time as an independent nation took a hit after a 3-0 loss at Finland.

A win could have allowed the Armenians, who played without the injured Henrikh Mkhitaryan, to leapfrog Finland for second place in Group J. It can still qualify, but only with victories in its last two games against Greece and at Italy. 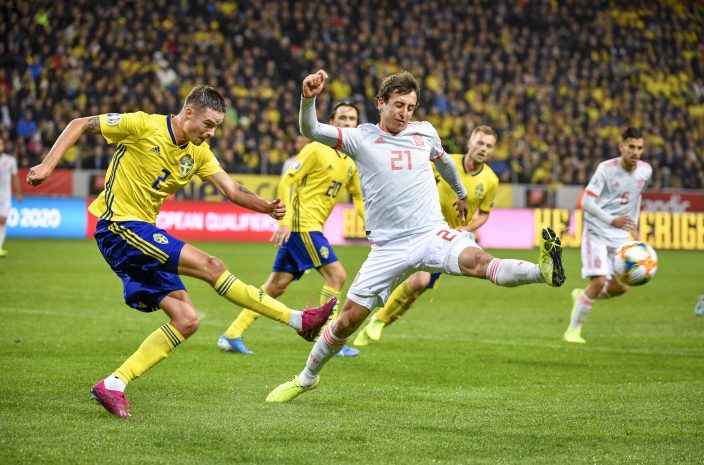 Finland is guaranteed at least a playoff place because it won its group in the UEFA Nations League, as is Bosnia and Herzegovina, which lost 2-1 at already eliminated Greece but also remains with chances of qualifying directly for Euro 2020. 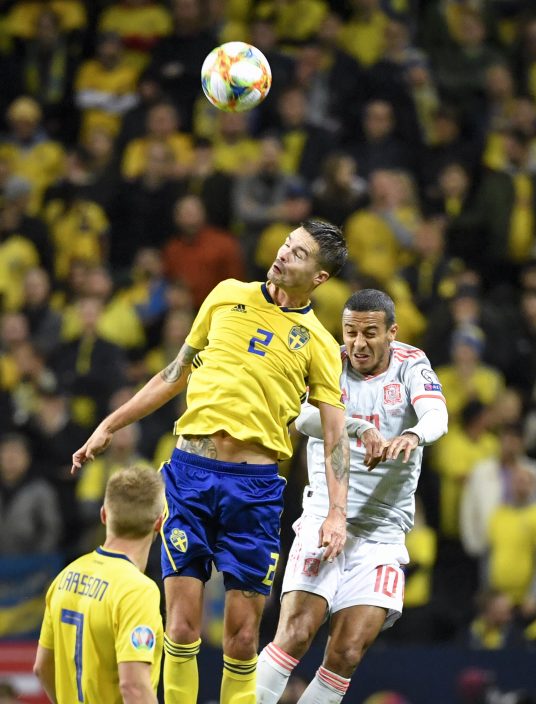