CC Sabathia threw a cutter to George Springer and grimaced, then covered his face with his glove as he walked to the dugout after what was likely the final pitch of his career.

Three-time Gold Glove winner DJ LeMahieu and Gleyber Torres each made a pair of errors.

Gary Sánchez, Torres and Edwin Encarnación all struck out with the bases loaded, letting Zack Greinke and Ryan Pressly escape. 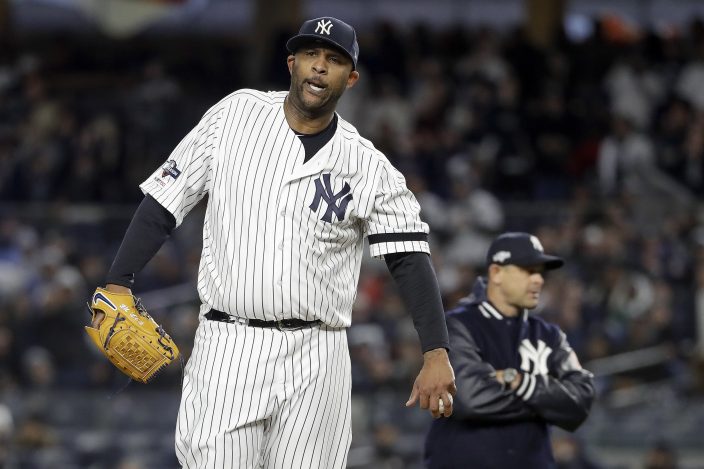 The Bronx Bombers have gone bust against Houston, and now they're on the brink.

Houston's 8-3 victory over the listless, sloppy Yankees on Thursday night gave the Astros a 3-1 advantage in the best-of-seven AL Championship Series.

And now the Yankees face Justin Verlander in Game 5 on Friday night as they try to avoid what would be their first calendar decade without a World Series appearance since the 1910s. 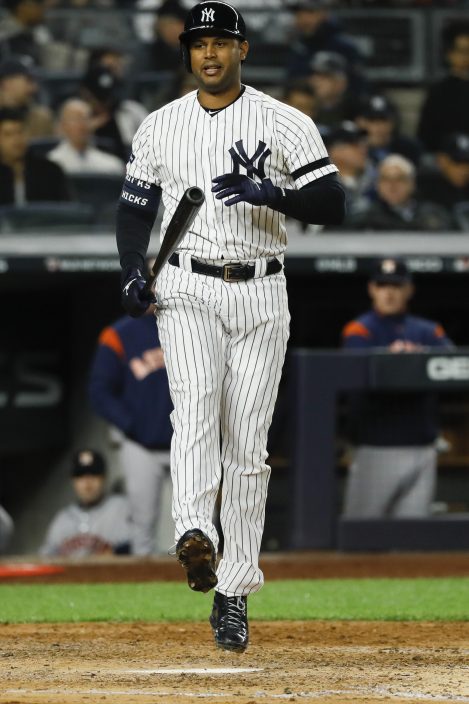 Sabathia relieved in the eighth inning, knowing the end was near to a 19-season career that included a 251-161 regular-season record with 3,093 strikeouts. After four stints on the injured list caused by his balky right knee this year, he craved one last October in the limelight, moving to the bullpen.

But his body gave out, a metaphor for the entire team against the Astros so far. 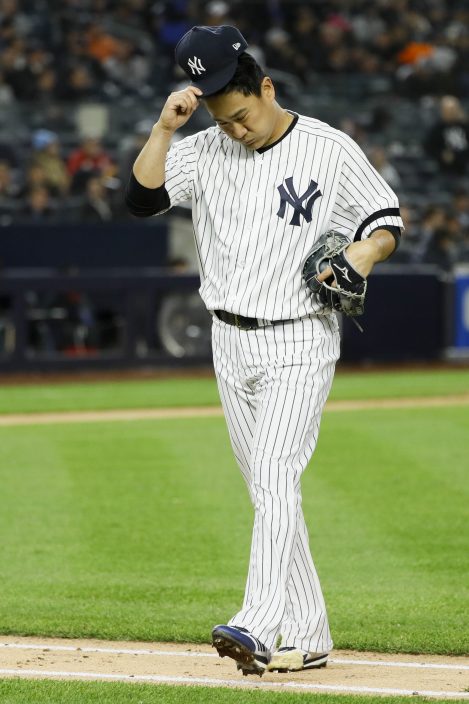 New York had not made four errors in a postseason game since 1976 and never before in the Bronx. Some of the fans who remained in a mostly empty Yankee Stadium applauded sarcastically when shortstop Didi Gregorius caught an infield popup in the ninth.

During the regular season, the Yankees led the major leagues with a .294 batting average with runners in scoring position. In the ALCS, they haven't scored on a hit other than a home run since the opener.

New York was 0 for 7 with runners in scoring position, dropping to 4 for 27 in the four games — including 1 for 16 in the three straight losses. The Yankees stranded 10 runners, increasing their series total to 33. They struck out 13 times, giving them 43 in the series.

This game started to turn in the first inning, when Sánchez fanned on a slider from the erratic Greinke as New York failed to build on its 1-0 lead following Brett Gardner's bases-loaded walk. With the Yankees trailing 3-1 in the fifth and the bases full again, Torres struck out on a checked swing on a slider low and away from Pressly, and Encarnación swung over a fastball, ending the inning.

Manager Aaron Boone repeatedly maintained he was unconcerned about the power reliance. New York has plated eight of its 13 runs against the Astros on five homers, two-run drives by Judge and Sánchez, a pair of solo shots by Torres and bases-empty pokes by Giancarlo Stanton and Gio Urshela.

After thriving despite 30 players going on the injured list, the aches have become too onerous, players struggling in their return from late-season injuries.

After the best offensive performance of his career during the season, Gardner is 2 for 15 with seven strikeouts.

James Paxton takes the mound Friday after getting just seven outs in Game 2. The Yankees' 103 regular-season wins, their most in a decade, may not amount to much.