A Los Angeles jury recommended the death penalty Friday for a man dubbed "The Boy Next Door Killer" after he was found guilty of two murders and an attempted murder.

The victims of Michael Gargiulo, 43, included 22-year-old Ashley Ellerin, who was killed on a night in 2001 when she had plans with actor Ashton Kutcher.

He testified during the trial that he arrived late for his date with Ellerin, looked into her house when there was no answer at the door, and saw what he thought were wine stains before leaving. 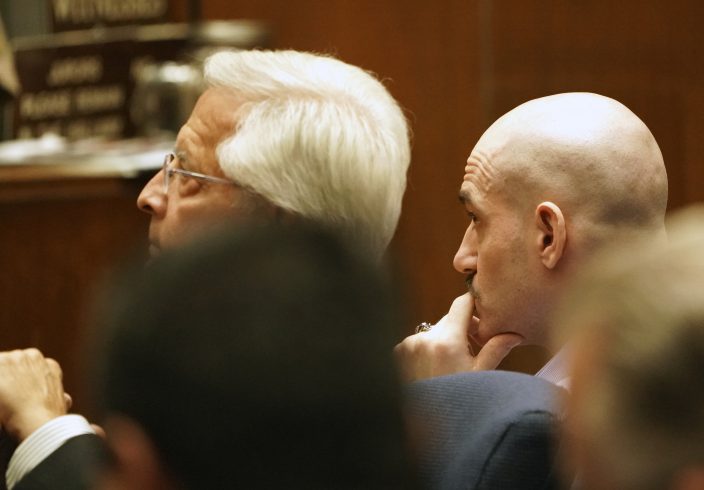 Michael Gargiulo, right, listens along with his attorney Daniel Nardoni, left, as the death penalty sentence is announced during his trial in Los Angeles Superior Court for the killings of two women and the attempted murder of a third, on Friday, Oct. 18, 2019. (Mario TamaPool Photo via AP)

Gargiulo showed no reaction as the court clerk read the death sentence at the brief hearing. Jurors also could have recommended life in prison with no possibility of parole.

His attorney Daniel Nardoni said outside court that he was angered and disappointed by the decision.

"You don't kill people that are mentally ill," Nardoni said. "It's just a matter of humanity. There's a different kind of punishment for the mentally ill. It's called life without parole." 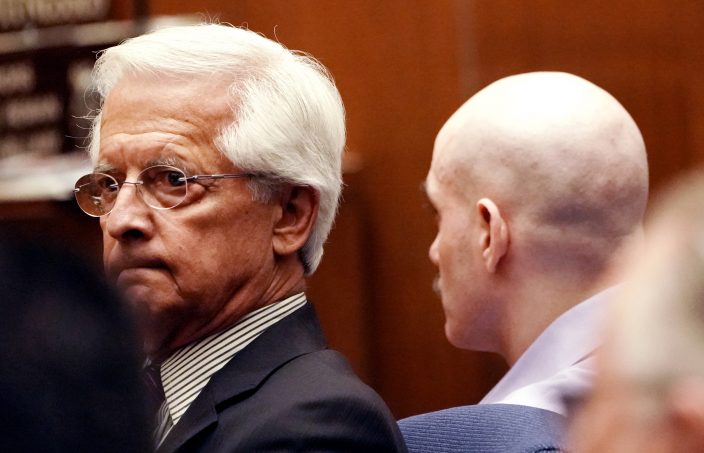 Michael Gargiulo, right, listens to his sentencing as his attorney Daniel Nardoni, left, looks on as the death penalty is announced during Gargiulo's trial in Los Angeles Superior Court for the killings of two women and the attempted murder of a third, on Friday, Oct. 18, 2019. (Mario TamaEPA via AP, Pool)

Prosecutors, who did not talk to reporters after the hearing, called Gargiulo "The Boy Next Door Killer" because he lived near all the victims.

He also was convicted of the 2005 murder of 32-year-old Maria Bruno and the 2008 attempted murder of Michelle Murphy, who testified during the trial's penalty phase that she lived in fear for years after the attack.

Murphy fought when she was attacked in bed in her Santa Monica apartment. Authorities said Gargiulo cut himself and left a trail of blood that allowed prosecutors to tie him to the other cases, including a 1997 killing in Illinois for which he is still awaiting trial.

Murphy was also a key witness during the first phase of the trial.

"In the days, weeks and months after it happened, I barely even slept," Murphy testified. "I feared the nighttime and going to bed. I still slept with the lights on for a long time."

Gargiulo's attorneys contended that other men committed the murders of Bruno and Ellerin. They conceded their client had attacked Murphy but said he was in a "fugue state" because of his personality disorder and did not know where he was at the time.

All three women were attacked in their Southern California homes when Gargiulo lived nearby and watched his victims. Ellerin become an acquaintance before the attacks.

Ellerin's mother and other victims' family members also testified during the penalty phase.

When she learned about the death of her daughter, Cynthia Ellerin said, "I fell to my knees on the floor and started crawling around the bedroom on my hands and knees like an animal, screaming."

"I ache for her," Cynthia Ellerin said. "I ache to hold her. I ache to hear her voice, to hug her. But that's not going to happen."

Gargiulo's 16-year-old son also took the stand, asking jurors for mercy and telling them he needs a father who is alive.

After the jury's decision was read, Superior Court Judge Larry P. Fidler ordered Gargiulo to return for formal sentencing on Feb. 28, when he will also consider motions for a new trial or a reduced sentence.

California has not executed anyone since 2006, and Gov. Gavin Newsom earlier this year halted executions for as long as he is in office.

Courts have been proceeding on the assumption that executions may one day resume.

The case received extra attention because of the connection of Kutcher, who was a 23-year-old rising star on "That '70s Show" when Ellerin was killed.

He testified in May that he feared he might become a suspect after going to Ellerin's home.

"I remember the next day after I heard about what happened, I went to the detectives and said, 'My fingerprints are on the door,'" Kutcher testified. "I was freaking out."

The defense asserted that Ellerin was killed by another man who was romantically linked to her and was jealous that she was about to go on a date with the actor.

An Australian theme park owner was ...