Reyes dropped Weidman (14-5) with a straight left hand in the non-title light heavyweight main event. After Reyes landed a few more punches to the head, referee Herb Dean stopped the fight at 1:43.

"I just felt loose," the 29-year-old Reyes said. "I was enjoying the fight. I saw him lunging in and I cracked him. I could tell he was hurt." 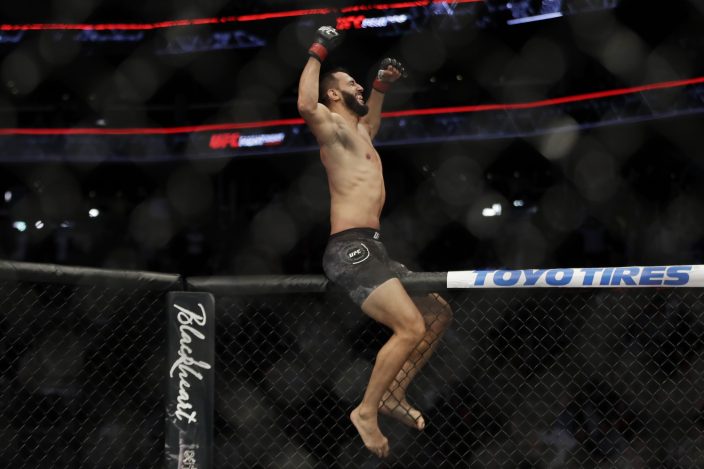 It was the fifth loss in the last six fights for the 35-year-old Weidman, of Baldwinville, New York. It also was his first fight as a light heavyweight. He entered as the UFC's sixth-ranked middleweight.

"We'll sit down and talk," UFC president Dana White said. "He was moving up to light heavyweight and it didn't work out. Maybe he'll go back down to middleweight or consider retirement." 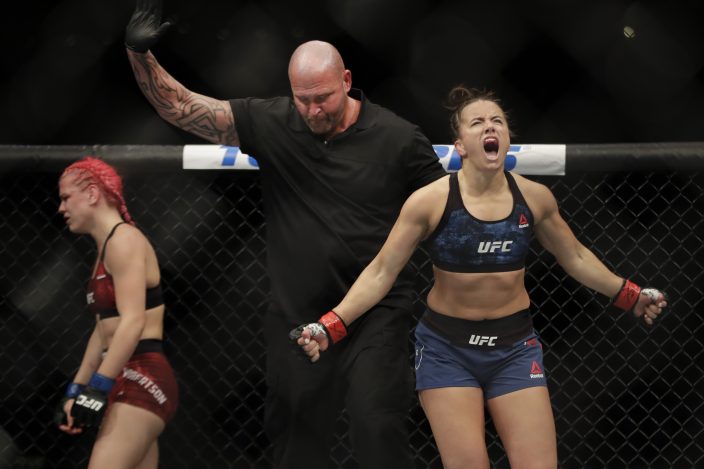 In the co-main event, Yair Rodriguez won his rematch against Jeremy Stephens in a three-round featherweight bout, posting a unanimous decision. All three judges scored it 29-28. Rodriguez, a Mexican now living in Chicago, improved to 13-2 with one no-contest. Stephens, of San Diego, dropped to 28-17 with one contest. 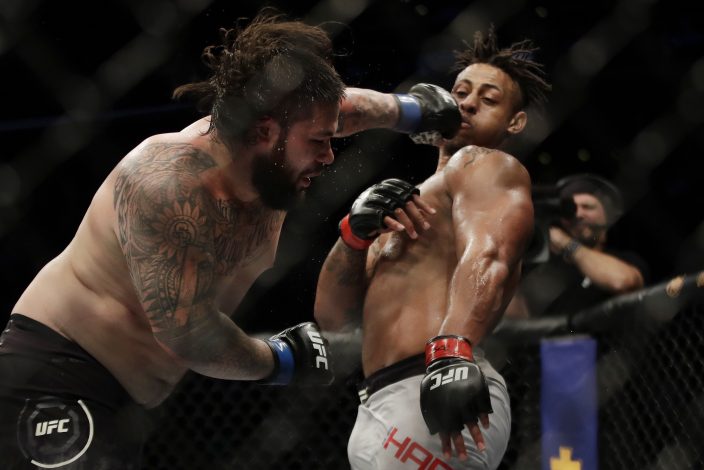 Stephens controlled the third round, taking Rodriguez down twice and keeping him on the mat for the final three minutes.

Midway through the second round, Rodriguez took down Stephens and landed several punches to the head before Stephens reversed the situation and eventually stood up. In the final minute of the second, Stephens took down Rodriguez and landed two uppercuts while controlling his opponent from behind.

Stephens and Rodriguez fought on Sept. 21 in Mexico City. Fifteen seconds into the fight, Rodriguez swatted Stephens in the left eye and Stephens could not continue, making the bout a no-contest.

Former NFL All-Pro defensive end Greg Hardy's unanimous-decision victory over Ben Sosoli at heavyweight was changed to a no-contest by the Massachusetts State Athletic Commission because Hardy used an asthma inhaler between rounds.

Said White: "He asked the (Massachusetts commission) inspector if he could use it. The inspector asked if it was medically approved. He said it was USADA-approved (U.S. Anti-Doping Agency). But all you can have during the fight is water."

All three judges scored the bout 39-37. Hardy, who played for the Carolina Panthers and Dallas Cowboys, is now 3-1 with one no-contest. Sosoli dropped to 7-2 with two no-contests.

Both fighters stayed on their feet for almost the entire fight except for when Hardy briefly sent Sosoli to the mat with a leg kick in the final 90 seconds.

In other bouts on the main card, Darren Stewart won a split decision against Deron Winn at middleweight. Female flyweight Maycee Barber stopped Gillian Robertson by TKO in the first round and Joe Lauzon, of East Bridgewater, Massachusetts, scored a TKO victory over Jonathan Pearce of Phoenix in a lightweight contest.

Brooklyn is dark except for the st ...