England reached the Rugby World Cup semifinals for the first time in 12 years by overwhelming Australia in a 40-16 win on Saturday, tying a record for the biggest margin of victory over its bitter rival.

The English outscored Australia four tries to one to match the size of the 30-6 win against the Wallabies at Twickenham in 2017. England has now won this fixture a record-extending seven straight times, all under Australian coach Eddie Jones.

Winger Jonny May scored two tries in a three-minute span midway through the first half to put the English 14-3 ahead, a lead they never lost despite it being trimmed to one point soon after halftime by Australia winger Marika Koroibete's solo try from halfway. 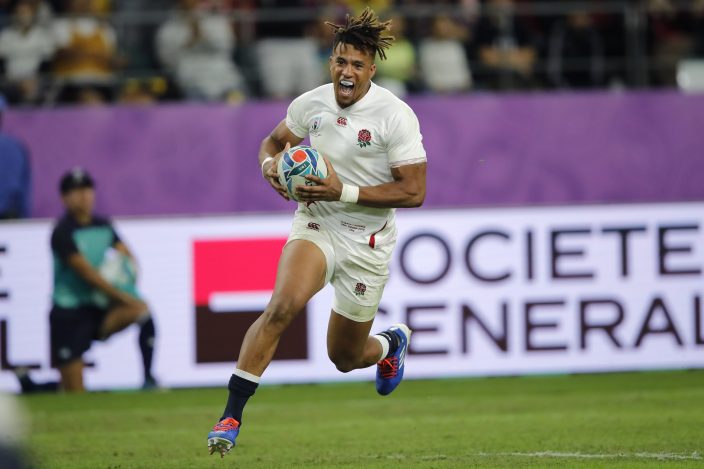 England prop Kyle Sinckler delivered a match-defining contribution, strolling over for a converted try in an immediate response to Koroibete's score and then turning over the ball on England's tryline under fierce pressure 10 minutes later.

Anthony Watson added the fourth try from an intercept, and Owen Farrell's conversion gave him 20 points for the match with a flawless display from the kicking tee.

A humiliating 33-13 loss to Australia at the 2015 World Cup contributed to England's group-stage exit in the tournament it was hosting and led to the hiring of Jones to get the world's wealthiest rugby union back on track. 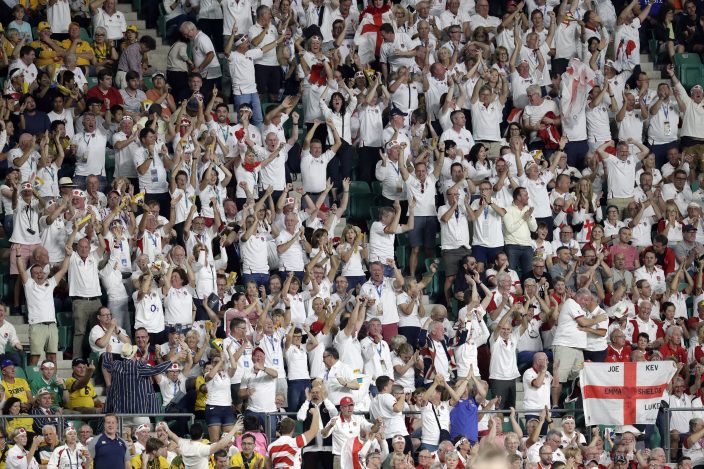 Jones has got them back in the semifinals for the first time since 2007, setting up a match against New Zealand or Ireland in Yokohama next Saturday.

The Wallabies failed to reach the semifinals for only the third time in nine editions of the World Cup, and each of their quarterfinal losses have come against England.

This latest defeat is likely to cost Australia coach Michael Cheika his job, four years after he led the Wallabies to the final. 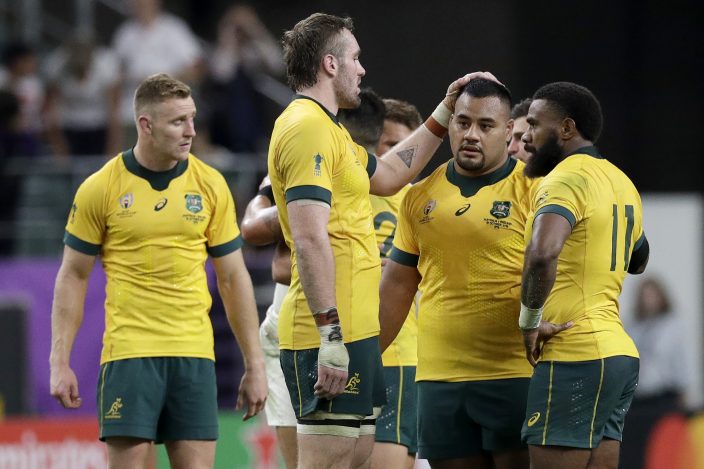 May led England out on his 50th international appearance and is now onto 27 international tries — better than one every two games. His double here, which came in contrasting ways, established a strong position for England that the Australians never overcame.

The first, in the 18th minute, came at the end of a slick passing move from right to left against an undermanned Wallabies defense. May had the simple task of collecting Tom Curry's short pass and dotting down in the corner.

His second owed much to the quick-thinking and improvisation of Henry Slade, who picked up an errant pass from David Pocock on England's quarter line and raced forward. Realizing he was about to get enveloped by Koroibete, Slade executed a perfect grubber kick to his left that May gathered on the run before finding the left corner again. 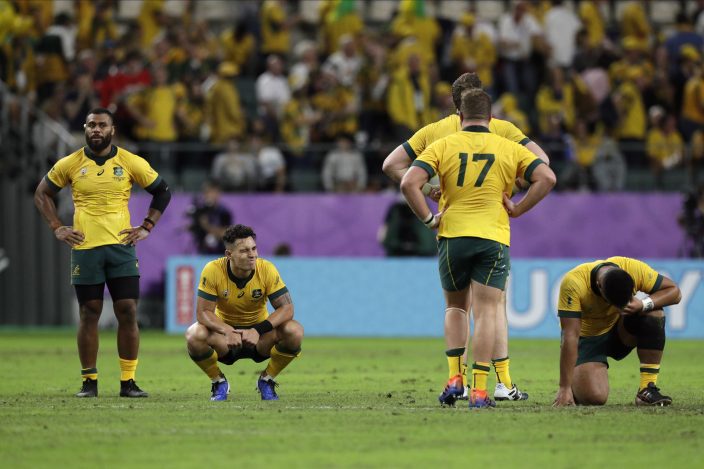 Before May's double, Australia had started the stronger, with 19-year-old center Jordan Petaia showing a mixture of leg power and deft handling in only his third — but by far most important — test match for the team.

Flyhalf Christian Lealiifano had given the Wallabies the lead with a penalty in the 12th minute and another on the stroke of halftime put them within eight points at 17-9. Their decision-making with the pass had been suspect at key times in the first half, but they got one exactly right early in the second half to reduce the gap to one point.

Reece Hodge's miss-pass took out two England defenders, Petaia fed Koroibete on the inside, and the winger outpaced Slade before rounding fullback Elliot Daly for a brilliant try.

Farrell's flat pass sent in Sinckler, who cut a great line to split the defensive line, a wide smile appearing on his face well before he scored. Farrell converted for the third time and added a penalty soon after, putting the gap back to 11 points.

Sinckler made just as big a contribution in defense, stripping the ball away when Australia was within two meters of the line after turning down an easy shot at goal.

That was realistically it for Australia, and Kurtley Beale's long pass that was intercepted by Watson for a clinching try was the end for the Wallabies in Japan.

Residents of a Bulgarian city expe ...