Aston Villa secured a last-gasp 2-1 win over Brighton in the Premier League as Matt Targett's first goal for the club ended the resilience of the 10-man Seagulls on Saturday.

Both teams came into the game on the back of fine wins ahead of the international break, Villa thrashing Norwich and Brighton heaping more misery on Tottenham.

But it would be mid-table Villa celebrating another three points, coming from behind to win at Villa Park courtesy of a rare strike for Targett with almost the last kick of an entertaining contest which had also seen the hosts have a goal ruled out by VAR. 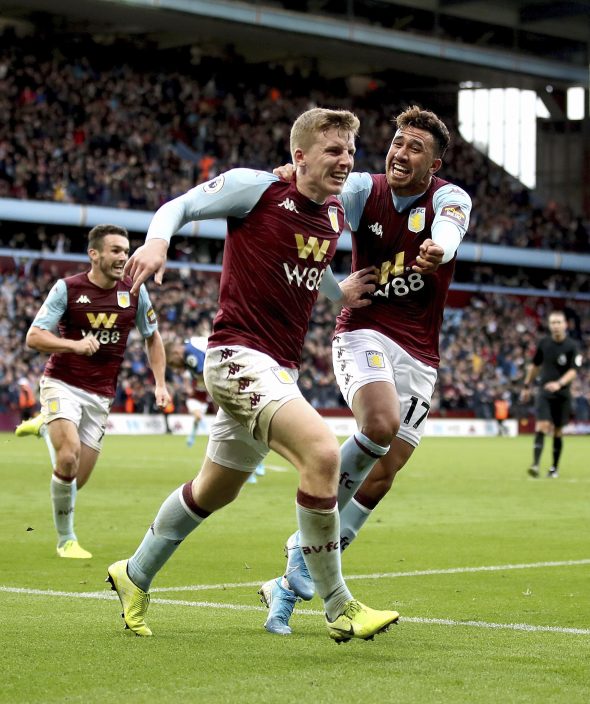 Villa captain Jack Grealish equalized in first-half stoppage time, with Aaron Mooy having already been sent off for the Seagulls following Adam Webster's first goal for Graham Potter's side.

There was a warm welcome for Villa defender Tyrone Mings, playing for the first time since being racially abused on his England debut in Bulgaria less than a week ago.

Brighton is a point above the relegation zone.

Ross Chastain snagged one of the c ...