Soldiers are patrolling the streets in Chile's capital for the first time since the military dictatorship of Gen. Augusto Pinochet ended in 1990.

The military presence is part of a state of emergency declared by President Sebastián Piñera in response to student-led protests over a rise in subway fares that paralyzed the city. 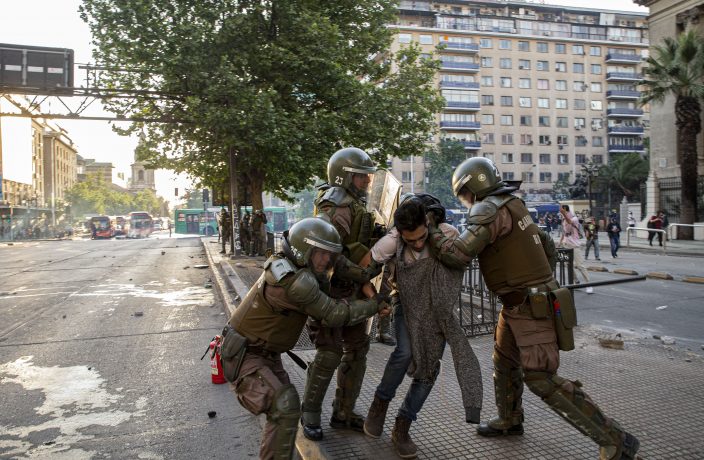 Chilean police members detain a man during a protest against the rising cost of subway and bus fares, near the Santa Lucia subway station Santiago, Friday, Oct. 18, 2019. (AP PhotoEsteban Felix)

The streets of Santiago were calmer Saturday morning, but new protests broke out at midday and police fired tear gas to break them up.

The government recently raised subway fares from about $1.12 to $1.16 due to rising fuel prices. 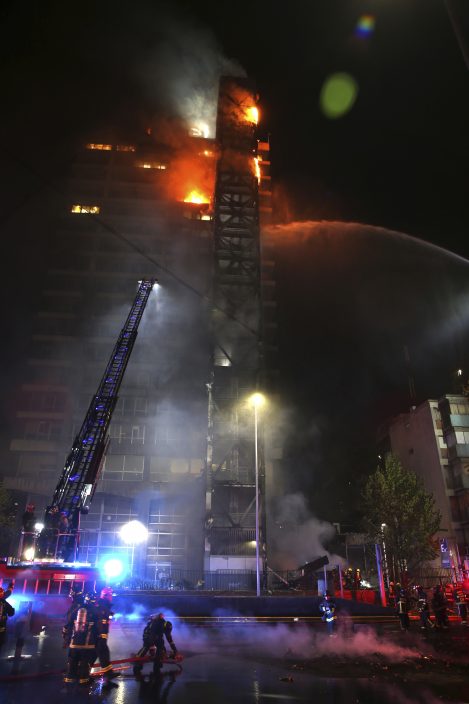 Firefighters work to put out the flames rising from the Enel Energy Europe building set on fire by protesters against the rising cost of subway and bus fares, in Santiago, Friday, Oct. 18, 2019. (AP PhotoEsteban Felix)

Islanders sign goalie Sorokin to $2M deal for next seas ...

The New York Islanders on Tuesday ...

Confederate statue being moved at University of Mississ ...

A Confederate monument that’s been ...

Death toll in Chile protests since October rises to 27

Chilean police suspend use of pellet guns against protesters

Chile locked in dispute over who will draft new constitution