A person with knowledge of the situation says Pascal Siakam and the Toronto Raptors have agreed on a four-year maximum extension that will be worth $130 million, a deal that kicks in to start next season.

Siakam and the Raptors have been working toward the deal for several days, according to the person who spoke to The Associated Press on condition of anonymity Saturday because neither side had announced the agreement. ESPN first reported the agreement.

Siakam was a breakout player last season for the NBA champions, averaging 16.9 points, 6.9 rebounds and 3.1 assists — all career highs. He's entering his fourth season, and now is under contract to the Raptors through the 2023-24 season. 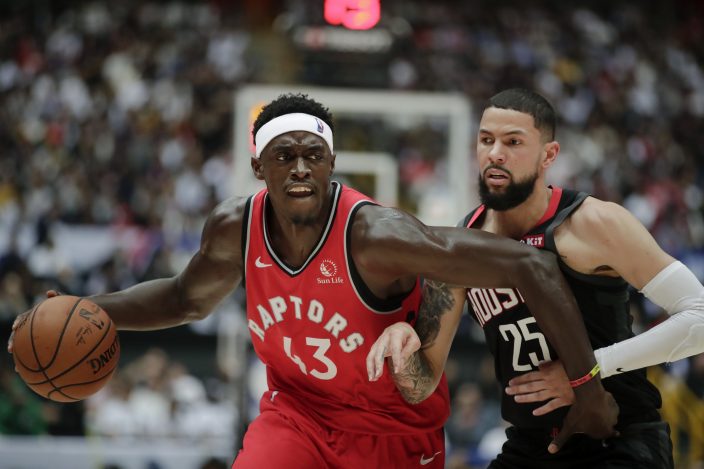 How it happened: Inside Biden's search for a runni ...

Gretchen Whitmer wanted out. The M ...