Zemgus Girgensons scored with 7:45 left and the Buffalo Sabres continued their surprising start with a 4-3 victory over the San Jose Sharks on Saturday night.

Marcus Johansson had a goal and an assist for Buffalo (7-1-1), which is coming off its sixth straight losing season.

A fortuitous bounce set up Girgensons' first goal of the season. He collected the puck after Johan Larsson's shot bounced off Kyle Okposo's back and had a clear look at the net. A turnover by Sharks defenseman Erik Karlsson set up the sequence. The Sabres are looking to end an eight-year playoff drought. They have the Eastern Conference's best record.

San Jose had a three-game winning streak snapped after opening the season with four straight losses.

The Sharks' Marcus Sorensen tied it at 3 with his second goal of the season early in the third. Brent Burns' shot bounced off Sorensen's skate and past goalie Linus Ullmark. 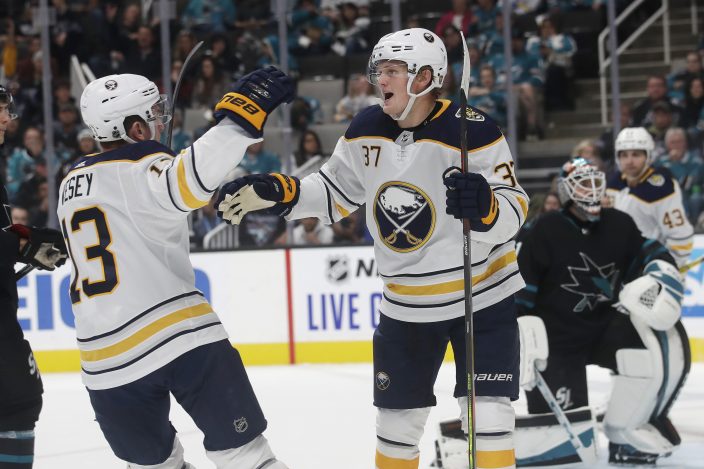 Sorensen's goal was the third between the two teams in the span of just over two minutes.

It followed Tomas Hertl's third goal of the season for San Jose, and Jeff Skinner's fifth for Buffalo.

Casey Mittelstadt scored late in the second period to put Buffalo ahead 2-1. The center redirected Henri Jokiharju's shot from just inside the blue line for his fourth goal and third in two games. 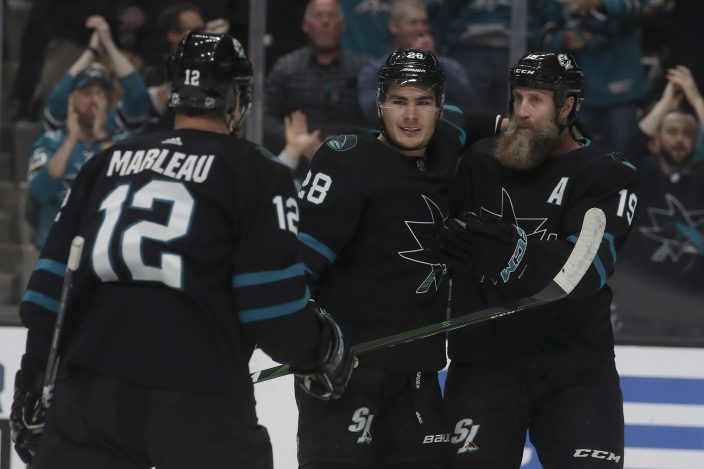 Johansson slipped a wrist shot past Martin Jones for the game's first goal at 12:10 of the first period.

The Sabres have scored first in eight of their first nine games.

The Sharks tied it on Timo Meier's power-play goal late in the first. 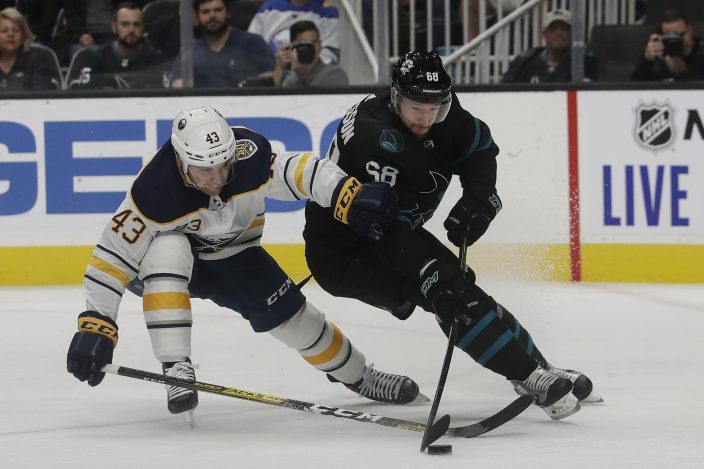 Ullmark, who had 29 saves, started in place of Carter Hutton, who recorded shutouts in his last two games.

Sabres: Hutton is expected to start Tuesday's game against San Jose. Hutton is 5-2-1 against San Jose with a .945 save percentage and a 1.74 goals-against average. ... Sharks F Noah Gregor was recalled from the San Jose Barracuda and made his NHL debut. ... F Lukas Radil (illness) is day-to-day. ... D Radim Simek (knee) is expected to travel with the Sharks on their five-game road trip. ... It is not known if D Dalton Prout (upper body) will join San Jose on the trip.

Buffalo hosts San Jose on Tuesday night in the second game of a home-and-home set.

The coronavirus crisis has hit Wes ...

Jimmy Butler was an easy get for NBA Finals-bound Heat