A group of Detroit-area men opened bank accounts to move millions of dollars to Yemen, their war-torn native country. Their crime: They didn't register as a money transfer business.

Their luck: They drew a sympathetic judge.

One by one, U.S. District Judge Avern Cohn declined to send them to prison, despite guidelines that call for a few years or more behind bars. He noted that Yemen's financial system is a mess and its residents desperately need help. Defense lawyers have praised the judge for educating himself about the poorest country in the Arab world and understanding cultural traditions. 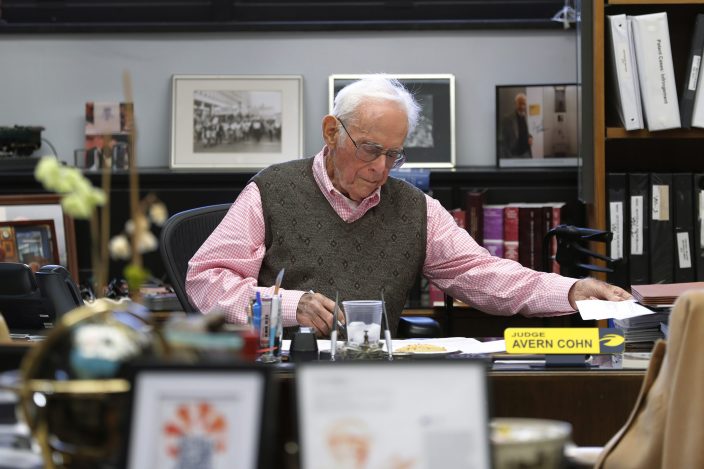 In this Oct. 17, 2019 photo, U.S. District Judge Avern Cohn is photographed in his office in Detroit. Cohn has declined to order prison sentences in an investigation of millions of dollars sent to Yemen by a group of Detroit-area men. Nine people have pleaded guilty, mostly for failing to register as a money transfer business. Cohn said Yemen's financial system is a mess and its residents desperately need help. (AP PhotoCarlos Osorio)

"Only people without compassion" would object to the light sentences, the 95-year-old judge told The Associated Press.

"As I've been here longer," Cohn said, "I've come to the realization that the rules are flexible — at least to me."

The Detroit area is believed to have the highest U.S. population of Yemenis, a demographic that has risen amid war in Yemen that has killed tens of thousands of people and left millions more with food and health care shortages. 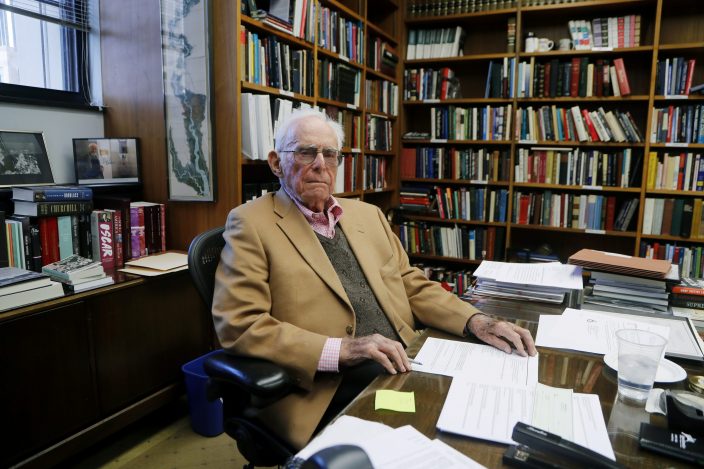 In this Oct. 17, 2019 photo, U.S. District Judge Avern Cohn is photographed in his office in Detroit. Cohn has declined to order prison sentences in an investigation of millions of dollars sent to Yemen by a group of Detroit-area men. Nine people have pleaded guilty, mostly for failing to register as a money transfer business. Cohn said Yemen's financial system is a mess and its residents desperately need help. (AP PhotoCarlos Osorio)

Money sent from abroad is critical. The World Bank estimates that Yemenis received at least $3.3 billion in 2018, a figure some experts consider conservative. Cash from expatriates is "hugely important" and remains a "mainstay for many households and the national economy," said Sheila Carapico, a professor of global studies at the University of Richmond in Virginia.

Since 2018, federal prosecutors in Detroit have charged nine people in an investigation of cash transfers to Yemen. Bank accounts were opened in the names of shell businesses, then used to deposit and wire roughly $90 million over a seven-year period, according to plea agreements filed in court.

"Much of the currency originated from bodegas in New York City and from businesses and individuals in the metro Detroit area and was sent in a manner to conceal the true ownership of the currency, place it outside reach of law enforcement and evade income taxes," Assistant U.S. Attorney Timothy Wyse said.

The "evil" is the lack of records to precisely track the cash, he said.

All nine men have pleaded guilty to failing to register money transfer businesses or making false statements to agents. One, Fahd Samaha, said he charged people only 1%, much less than typical financial service providers. The government said he moved $13 million to Yemen.

"There were no victims. ... He used the extra money to live and take care of his family," said Samaha's attorney, Jalal Dallo.

The cases were assigned to Cohn, who has been a federal judge since 1979. During a September hearing, he described the conditions in Yemen as "horrendous" and noted that sending men to prison can cause hardship in conservative Muslim families where wives often don't work outside the home.

It's unfair to "shed the traditions and practices of your homeland," Cohn told Hazem Saleh, who possibly faced five years in custody for handling $22.6 million.

Judges don't have to follow sentencing guidelines, and Cohn rejected prison terms. He placed Saleh and five others on supervised release, a form of probation. Three others await sentencing.

"Please look at me as you would look at your own son," Ahmed Al-Howshabi told the judge in July. "I can truthfully say I did not understand the laws and regulations of operating such a business."

Prosecutors said they had no evidence the scheme was anything more than sending money to relatives and possibly avoiding taxes, but they believed sentences within the guidelines were appropriate.

"Sometimes judges agree with us and sometimes they don't," U.S. Attorney Matthew Schneider told the AP.

Defense attorney William Swor, whose grandparents emigrated from Syria, said people of Arab descent appear to be under greater scrutiny than others in the U.S.

"In the post-9/11 world, the government says it wants to know who's transferring money out of the country. We'll assume that's a legitimate concern, but it's not inherently a dangerous activity," Swor said.

Portland beats Orlando 2-1 to claim MLS is Back champio ...

Dario Zuparic’s first goal of the ...