A crew of deep-sea explorers and historians looking for lost World War II warships have found a second Japanese aircraft carrier that went down in the historic Battle of Midway.

Vulcan Inc. director of undersea operations Rob Kraft said a review of sonar data captured Sunday shows what could be either the Japanese carrier Akagi or the Soryu resting in nearly 18,000 feet (5,490 meters) of water in the Pacific Ocean more than 1,300 miles (2,090 kilometers) northwest of Pearl Harbor.

The researchers used an autonomous underwater vehicle, or AUV, equipped with sonar to find the ship. The vehicle had been out overnight collecting data, and the image of a warship appeared in the first set of readings Sunday morning. 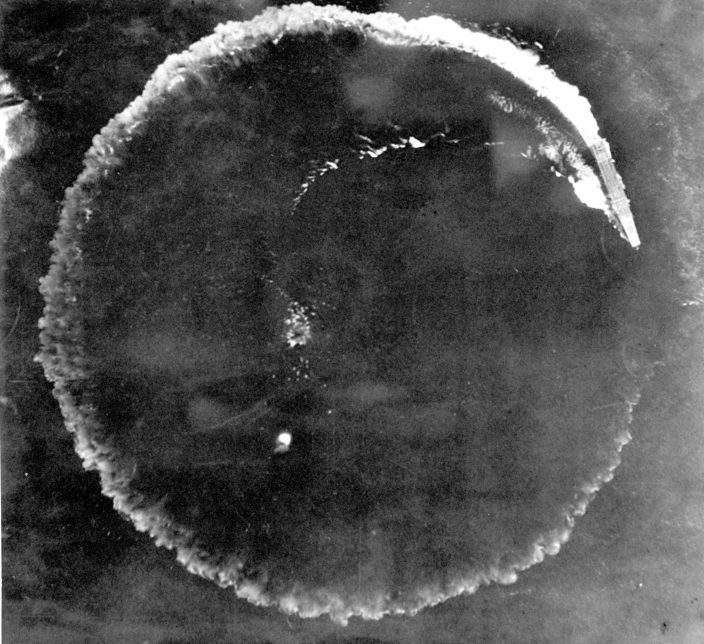 FILE - This June 1942 file photo shows an aerial photo of a Japanese carrier maneuvering in a complete circle in an effort to escape in the Midway Islands, Hawaii. After the battle, the Army reported repeated bomb hits on the enemy carriers Kaga and Akagi, while the Navy, in listing results, said four enemy carriers were definitely sunk. A research vessel called the Petrel is launching underwater robots about halfway between the U.S. and Japan in search of warships from the Battle of Midway. (AP PhotoU.S. Army, File)

To confirm exactly which ship they've found the crew will deploy the AUV for another eight-hour mission where it will capture high-resolution sonar images of the site. The initial readings were captures using lower resolution sonar. The high resolution scans will allow the crew to measure the ship and confirm its identity.

The find comes on the heels of the discovery of another Japanese carrier, the Kaga, last week.

The crew of the research vessel Petrel is hoping to find and survey all lost ships from the 1942 Battle of Midway, which historians consider a pivotal fight for the U.S. in the Pacific during WWII. 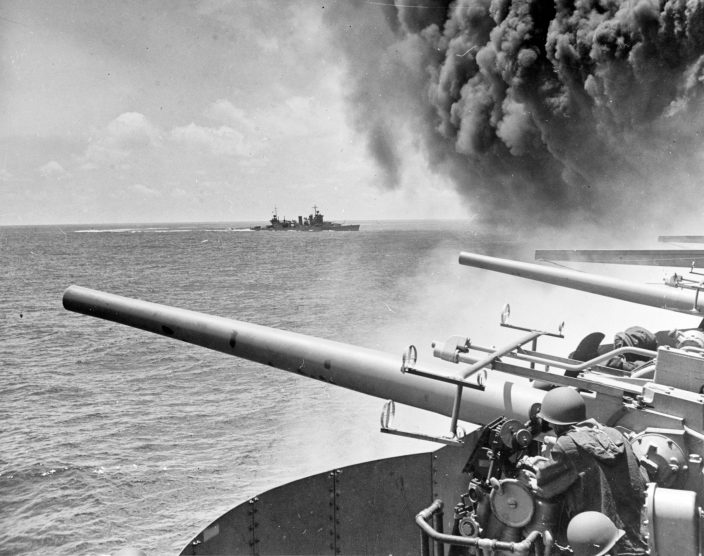 FILE - In this June 4, 1942 file photo provided by the U.S. Navy the USS Astoria (CA-34) steams by USS Yorktown (CV-5), shortly after the carrier had been hit by three Japanese bombs in the battle of Midway. Researchers scouring the world's oceans for sunken World War II ships are honing in on debris fields deep in the Pacific. A research vessel called the Petrel is launching underwater robots about halfway between the U.S. and Japan in search of warships from the Battle of Midway. (William G. RoyU.S. Navy via AP, File)

The battle was fought between American and Japanese aircraft carriers and warplanes about 200 miles (320 kilometers) off Midway Atoll, a former military installation that the Japanese hoped to capture in a surprise attack.

The U.S., however, intercepted Japanese communications about the strike and were waiting when they arrived. More than 2,000 Japanese and 300 Americans died.

The expedition is an effort started by the late Paul Allen, the billionaire co-founder of Microsoft. For years, the crew of the 250-foot (76-meter) Petrel has worked with the U.S. Navy and other officials around the world to locate and document sunken ships. It has found more than 30 vessels so far. 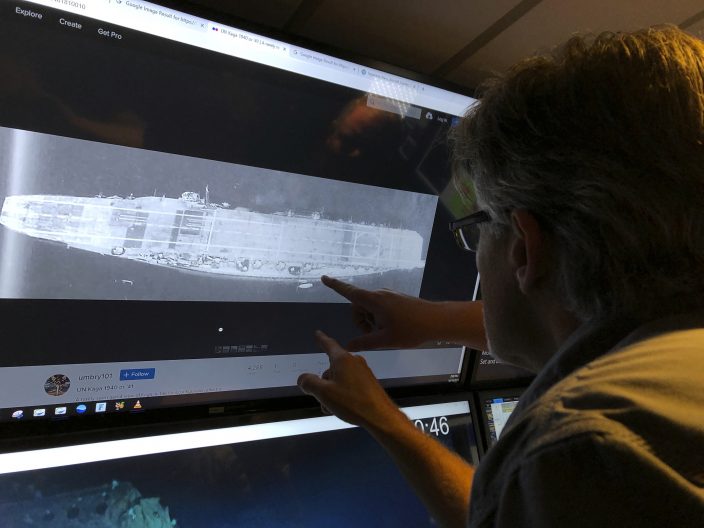 In this Wednesday, Oct. 16, 2019, photo, Vulcan Inc. director of subsea operations of the Petrel, Rob Kraft looks at images of the Japanese aircraft carrier Kaga, off Midway Atoll in the Northwestern Hawaiian Islands. Deep-sea explorers scouring the world's oceans for sunken World War II ships are honing in on a debris field deep in the Pacific. The research vessel called the Petrel is launching underwater robots about halfway between the U.S. and Japan in search of warships from the Battle of Midway. (AP PhotoCaleb Jones)

The Treasury Department is project ...