Best-selling country duo of all time Brooks & Dunn, comedian and singer Ray Stevens and record executive Jerry Bradley joined the Country Music Hall of Fame in a star-filled ceremony on Sunday evening that was full of tributes to their hit songs and their lasting legacies in country music.

Reba McEntire, Luke Bryan, Trisha Yearwood, Ricky Skaggs, Marty Stuart and Travis Tritt were among the guest performers during the medallion ceremony in Nashville, Tennessee at the Country Music Hall of Fame and Museum. Each inductee received a medallion and a plaque that will be placed inside the Hall of Fame rotunda.

Brooks & Dunn were an unlikely pairing of two artists who both started out solo. Neither Kix Brooks nor Ronnie Dunn thought the partnership would last, but decades later they are the most awarded and best-selling country duo of all time, with 19 CMA Awards, two Grammys and 25 Academy of Country Music Awards and 20 No. 1 hits. Brooks' flamboyant nature and guitar playing brought the perfect counterpoint to Dunn's stellar singing, but more understated personality. 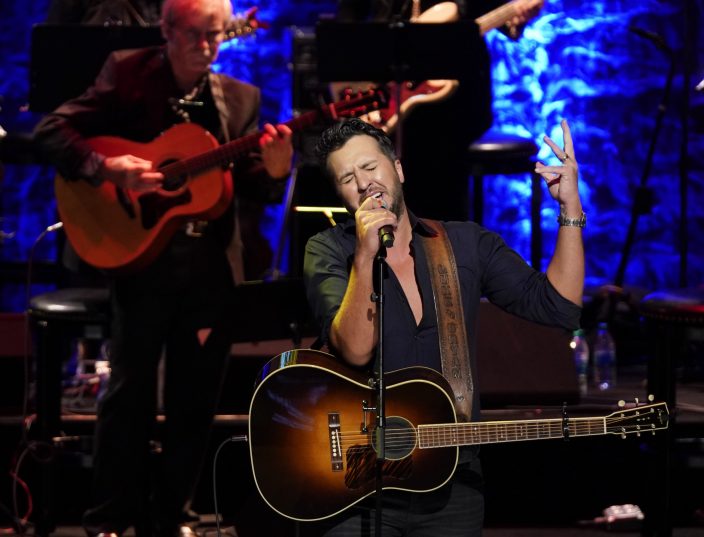 Luke Bryan performs during the induction ceremony of Brooks & Dunn at 2019 Medallion Ceremony at the Country Music Hall of Fame and Museum on Sunday, Oct. 20, 2019 in Nashville, Tenn. (Photo by Sanford MyersInvisionAP)

With hits such as "Brand New Man," ''Boot Scootin' Boogie," ''My Maria," ''Neon Moon," the pair filled arenas and sold more than 28 million albums in the U.S. alone. They took a break in 2010, but nearly a decade later, they reunited in the studio to release new duet versions of their hits with today's country stars in an album called "Reboot."

Reba McEntire, who has been playing alongside Brooks & Dunn since the '90s and has an ongoing longstanding Las Vegas residency with the duo for several years, came to put the medallions over their heads and joked that she considered them her "big brothers."

Brooks has often said he never understood why they made such a good pair, but it happened immediately. 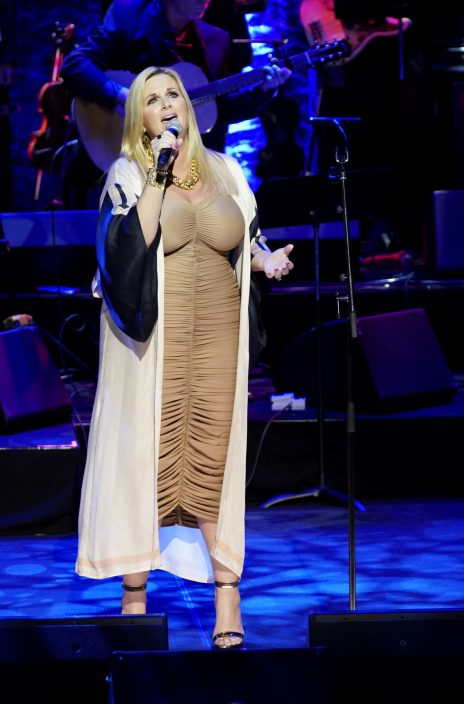 Trisha Yearwood performs during the induction ceremony of Brooks & Dunn during the 2019 Medallion Ceremony at the Country Music Hall of Fame and Museum on Sunday, Oct. 20, 2019 in Nashville, Tenn. (Photo by Sanford MyersInvisionAP)

"Putting the two of us together on a Tuesday, and us writing our first two No. 1 records on a Thursday and Friday is just weird," Brooks said.

Dunn acknowledged that he was often over-analytical of himself and noted that even his therapist was in attendance that night. But he said that he tried hard to keep himself from getting too emotional.

"I have never been so proud and humble," he said. 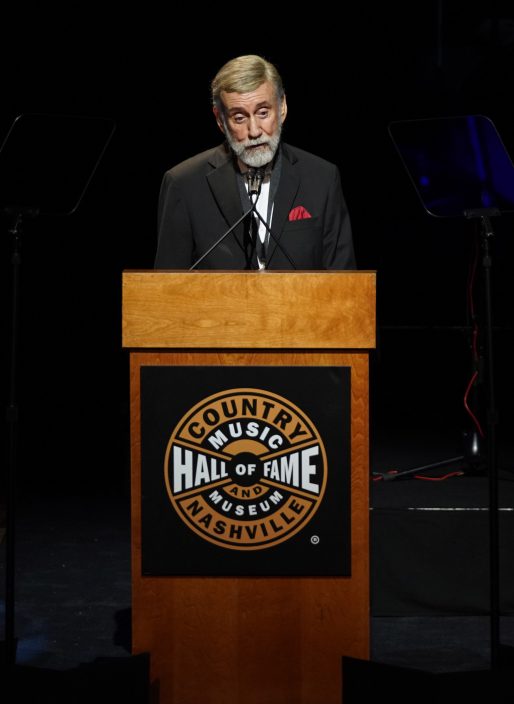 The "Reboot" album and the induction has put them back in the spotlight again and they are nominated for two CMA awards for duo of the year and musical event at the CMA Awards in November.

"We had every intention of quitting, and we did for a few minutes," Brooks said, "But I think we realize now how lucky we are."

Comedian and country singer Ray Stevens, who learned to play piano as a child in Clarkdale, Georgia, is known for his novelty songs like "The Streak" and "Ahab the Arab," but also the earnest and Grammy-winning "Everything is Beautiful." He is an all-around entertainer, who worked as a TV personality, producer, a session musician and a songwriter. He currently still performs at his own dinner theater in Nashville called CabaRay. Ricky Skaggs performed the jazz standard "Misty," which Stevens rearranged into a country bluegrass version that became his biggest country hit in 1975 and earned him a Grammy for arrangement. The McCrary Sisters performed a gospel version of "Everything is Beautiful," which brought tears to Stevens, who was seated in the front row.

Stevens, 80, said that since his induction was announced earlier this year, he said people had been saying it was about time he was honored.

"Anytime is a good time to be inducted into the Country Music Hall of Fame," he said. But he joked that if the induction had come sooner, he "could have upped his booking fees." 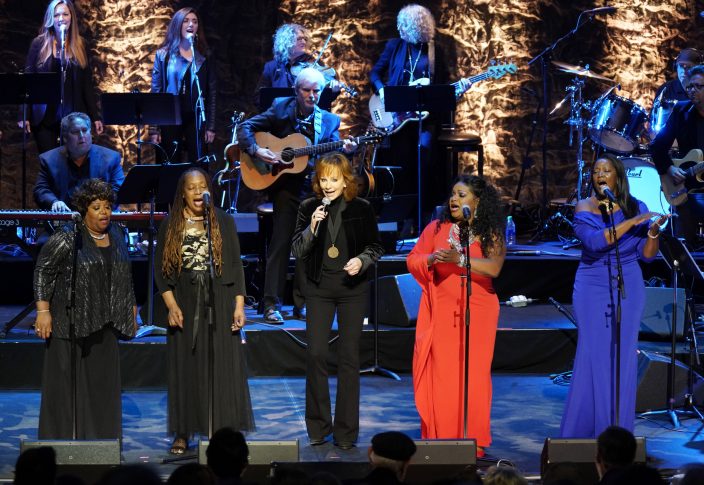 Reba McEntire, middle, performs with The McCrary Sisters during the 2019 Medallion Ceremony at the Country Music Hall of Fame and Museum on Sunday, Oct. 20, 2019 in Nashville, Tenn. (Photo by Sanford MyersInvisionAP)

Jerry Bradley came from a legacy of Country Music Hall of Fame inductees, including his father, producer Owen Bradley, the architect of the Nashville Sound, and his uncle Harold Bradley, a famed guitarist. Jerry Bradley became head of RCA Nashville in 1973, succeeding Chet Akins and bringing in new artists like Alabama and Ronnie Milsap. He helped market the outlaws of country music in a platinum-selling album called "Wanted: The Outlaws." Under his leadership, the careers of Dolly Parton and Charley Pride flourished.

"This business has given me a wonderful life," Bradley said. "I am grateful for the people I've met, the songs I've heard and the part I've played."

Asia Today: Manila back under lockdown as virus cases s ...

Commuter trains, buses and other p ...