Hong Kong officials apologized to leaders of a mosque after riot police sprayed the building's gate and some people nearby with a water cannon while trying to contain pro-democracy demonstrations.

The semiautonomous Chinese city's leader, Carrie Lam, and its police chief visited the Kowloon Mosque on Monday to say sorry to the chief imam and Muslim community leaders.

They left without commenting but the mosque leaders told reporters that the officials apologized. 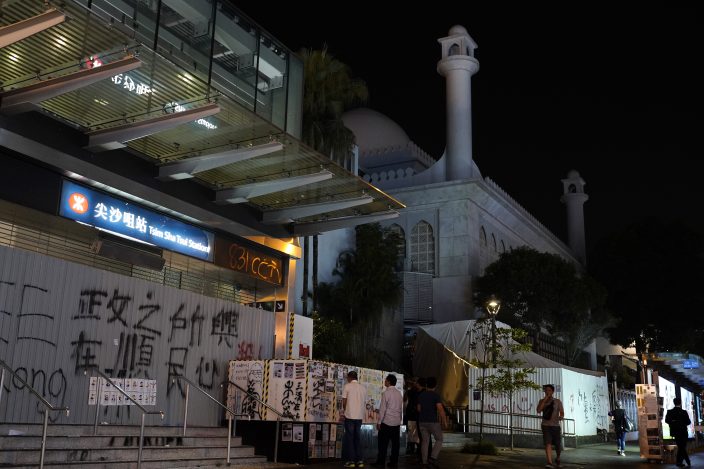 People walk past a mosque next to a subway station at a main road in Hong Kong Sunday, Oct. 20, 2019, Hong Kong. A water cannon truck and armored car led a column of dozens of police vans up and down Nathan Road, a major artery lined with shops, to spray a stinging blue-dyed liquid as police moved to clear the road of protesters and barricades.(AP PhotoVincent Yu)

During Sunday's protest, a police water cannon truck that was passing by the mosque suddenly sprayed a stinging blue-dyed liquid at a handful of people standing in front of its gate.

A lawmaker who filmed the incident said he and several others went to hospital to check for injuries.

Seen as an example for the rest of ...