The case is about the conduct of a group of companies in two Ohio counties, but far more than that is riding on the first federal trial on the opioid crisis, expected to open Monday in Cleveland.

The counties are looking for money to help them fight and fix the epidemic, while families who lost loved ones to overdoses are seeking justice. The companies, meanwhile, say they followed the law and are aren't to blame for the crisis.

"This is not your typical tort product liability case. It's really about an epidemic," said Carl Tobias, a professor in the law school at the University of Richmond. "There are so many different motivations among so many different players, it's virtually impossible to know what would be good." 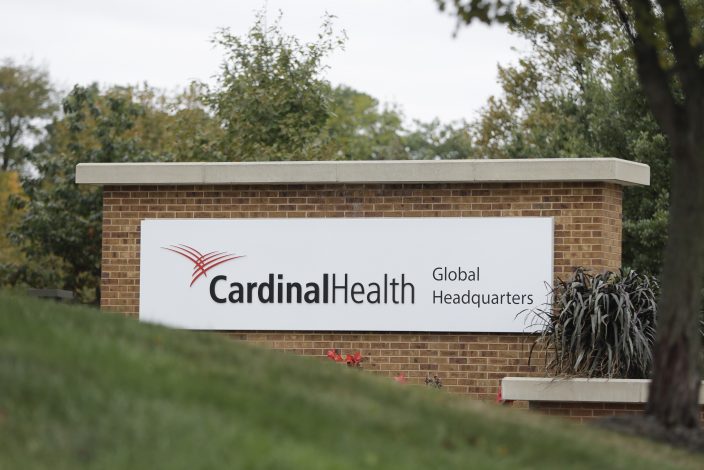 State, local and tribal governments plus hospitals and others have filed a total of more than 2,600 lawsuits against drugmakers, distributors and pharmacies seeking to hold them accountable for the nation's opioid crisis, which has been linked to more than 400,000 deaths in the U.S. since 2000. That includes fatal overdoses from both prescription opioids and illegal ones such as heroin and illicitly made fentanyl.

The Cleveland case focuses on just two of those claims, from Ohio's Cuyahoga and Summit counties. But the case is a legal bellwether intended to signal how rulings might go in other cases in federal court, so it's being closely watched by the drug industry and advocates.

Just six companies remain in the case after a series of settlements, including one with Johnson & Johnson and a tentative deal with OxyContin maker Purdue Pharma, which has since filed for bankruptcy protection. They are drugmaker Teva, which owns Cephalon and Actavis; the major distributors AmerisourceBergen, Cardinal Health and McKesson; the smaller distributor Henry Schein; and pharmacy chain Walgreens in its capacity as a distributor.

The heart of most opioid lawsuits is a claim that drug companies improperly marketed the powerful painkillers to doctors and other prescribers, overselling the benefits and understating the risks of a class of drugs long linked to addiction. In the only opioid crisis case to go to trial so far in state court, an Oklahoma judge ruled against Johnson & Johnson and ordered the company to pay $572 million in damages.

With just one drugmaker left in the federal trial, the Cleveland case is expected to focus on how the drugs were distributed: Were the companies obligated to halt shipments of suspicious orders and, if so, did they comply?

In legal filings, the companies have asserted that they should not be found liable. The drugs were prescribed by doctors with orders filled by pharmacies. The federal Drug Enforcement Administration kept raising the quota for how many should be made even as overdoses rose.

Distributors argue that their function was mostly as a delivery service.

"The distributors' role is to help ensure that medicines prescribed by licensed doctors are delivered to licensed pharmacies, so they are available for patients who need them, when they need them, where they need them," the three large distributors said in a joint statement issued after settlement negotiations hit an impasse on Friday. "We have to balance our mission to deliver medicines to pharmacies and hospitals when and where they need them against our important efforts to prevent and detect illegal diversion of those drugs."

The companies said they were prepared to mount a vigorous defense.

Federal distribution data released as part of the Cleveland litigation showed they moved a massive quantity of drugs. An Associated Press analysis of federal drug distribution data found that in 2012, enough prescription opioids were shipped for every man, woman and child in the U.S. to have a 20-day supply.

In court filings, the companies have questioned the fairness of the trial, saying it should be longer than seven weeks and that splitting 100 hours among them for questioning witnesses is not adequate.

Witnesses expected to be called during the opening days of testimony include two experts on addiction, an official with the Summit County Alcohol, Drug Addiction and Mental Health Service Board, a fire chief and Travis Bornstein, whose son Tyler fatally overdosed in 2014 at age 18.

U.S. District Court Judge Dan Polster, who is handling the Cleveland trial and overseeing all the opioid suits in federal courts, has long been pushing for settlements as a way to distribute money and make a difference in the fight against a complicated epidemic.

Last week, Teva, the three major distributors and Johnson & Johnson, were working on a deal that North Carolina Attorney General Josh Stein said would have been worth about $48 billion in cash and free treatment drugs over time. The deal was intended to resolve all the suits against the companies, not just the claims to be heard in Cleveland.

Attorneys general, lead lawyers for local governments and CEOs of the companies met for a daylong negotiating session in Cleveland on Friday. They could not get a deal completed but talks were to continue. The differences were not only between the companies and the government entities, but also between the attorneys general and local government attorneys about how the money would be distributed.

On Sunday, a committee helping guide Purdue's bankruptcy sent a letter to defendants in cases across the country suggesting they might be able to contribute to a fund and have the bankruptcy judge handling Purdue's case end suits against them, too.

David Humes, a Delaware man whose son Greg died of a heroin overdose in 2012, has dedicated himself to fighting the opioid epidemic. He does not want to wait for hundreds of lawsuits to work their way through courts to see major nationwide action.

"The longer these several hundred municipal suits take is a delay in getting help for the people who most need it," he said.

But he also was critical of the settlement proposals on the table: "The offers we've seen so far are nothing close to the right settlement," he said.

Interest in homeschooling has 'exploded' amid ...

As parents nationwide prepare to h ...