The Latest on wildfires in California (all times local):

With windy, dry weather in the forecast again, Pacific Gas & Electric says it's considering shutting off power this week to about a half million people in Northern California to try and prevent wildfires ignited by electrical equipment. 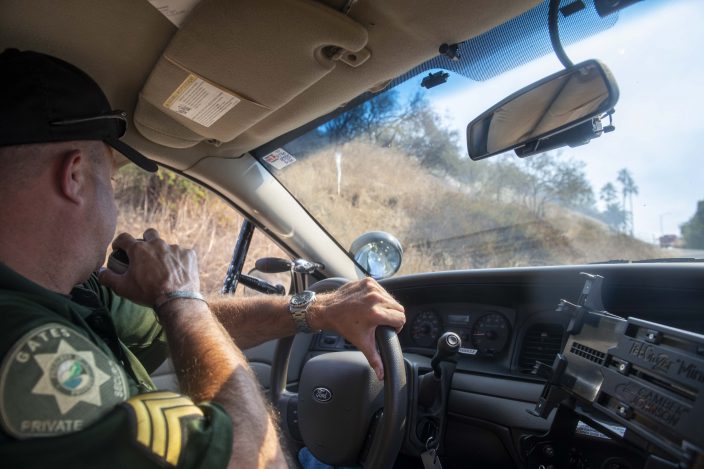 PG&E says shutoffs could potentially begin Wednesday and affect some 200,000 customers in 16 counties mostly in Sierra foothills and north of the San Francisco Bay Area. Forecasters say winds in some areas could top 60 mph (97 kph). Any blackouts would last at least 48 hours.

More than 2 million people had their lights turned off by PG&E about 10 days ago when winds whipped up.

PG&E CEO Bill Johnson promises the utility will do better at communicating with customers if shutoffs are necessary. Last time, its website crashed, maps were inconsistent and call centers were overloaded. 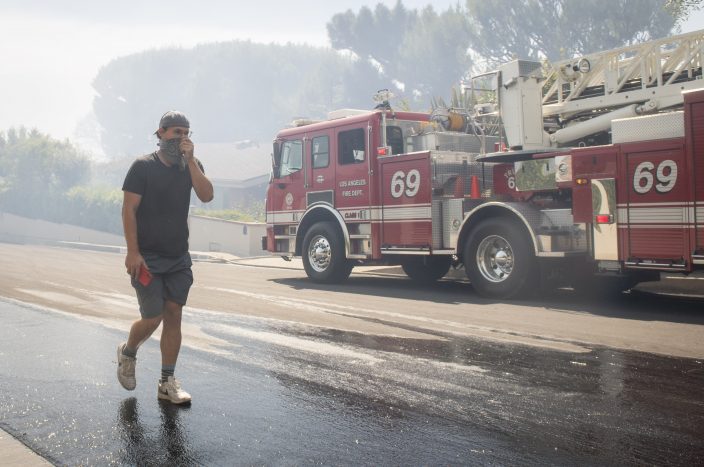 Justin Babcock walks on the street outside of his home in the Pacific Palisades area of Los Angeles as a wildfire burns in the area Monday, Oct. 21, 2019. A furious firefighting air and ground attack beat back the wildfire as it raced up canyon walls toward multimillion-dollar ocean-view homes as some residents evacuated and others stayed behind to try and protect their homes. (AP PhotoChristian Monterrosa)

A wildfire is burning near hilltop homes in Los Angeles as crews attack the flames from the air and ground.

The blaze broke out Monday morning in a coastal canyon of the affluent Pacific Palisades neighborhood. The flames quickly churned uphill through dry brush as helicopters made water drops to keep it from reaching large houses at the top of a bluff. Firefighters in backyards are using water hoses to protect structures. 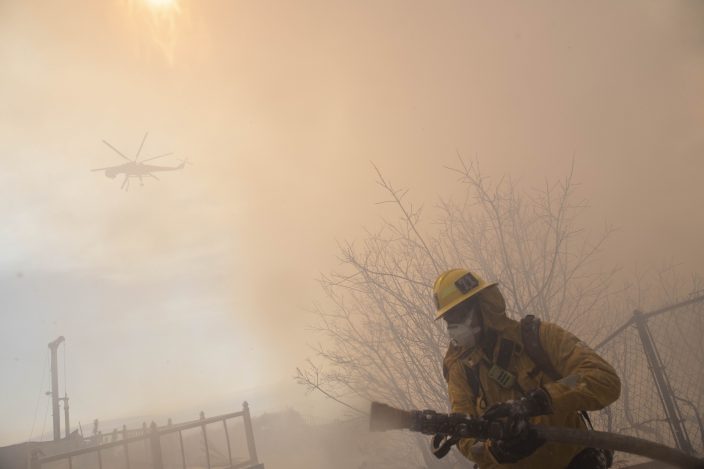 A firefighter carries a hose during work to protect homes from the flames of a wildfire in the Pacific Palisades area of Los Angeles, Monday, Oct. 21, 2019. (AP PhotoChristian Monterrosa)

A huge plume of smoke is visible across the city.

The cause is unknown.