World Rugby has sidelined Jaco Peyper from officiating at any of the World Cup semifinals and appointed Nigel Owens as referee of the knockout game between defending champion New Zealand and England.

Peyper has apologized for posing for a photograph with a group of Wales fans, holding his right elbow horizontally and into the face of one of the supporters, in a gesture apparently mocking a key incident in Wales' comeback 20-19 win over France on Sunday when French lock Sebastian Vahaamahina was sent off for violent play.

The South African referee had been in control of the Wales-France quarterfinal on Sunday and issued Vahaamahina a red card when the French forward raised his elbow into the face of a Welsh player in the second half. 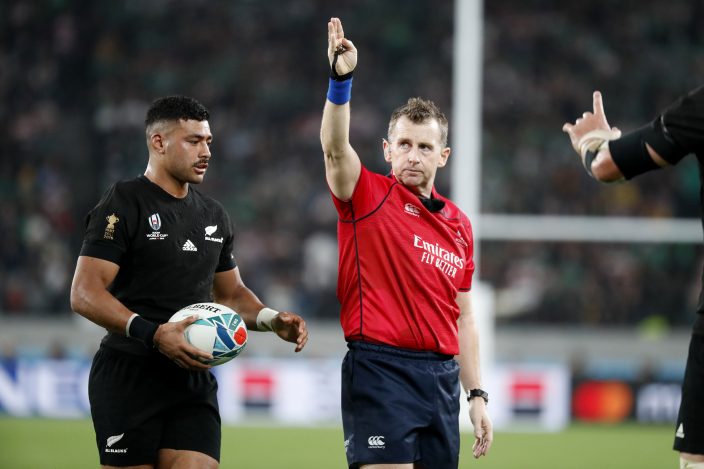 The photo, taken by a French journalist, was widely shared Monday on social media.

World Rugby said the referee selection committee did not consider Peyper for selection this weekend, adding that the veteran referee "recognizes that a picture of him with Wales fans, which appeared on social media after the Wales versus France quarterfinal, was inappropriate and he has apologized."

Owens will handle the New Zealand-England match on Saturday, with French officials Romain Poite and Pascal Gaüzère on the sidelines and South Africa's Marius Jonker as the TMO. 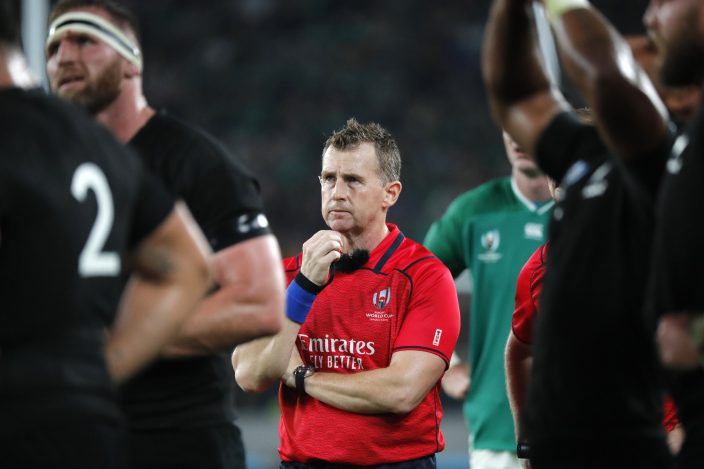 "These are the best of the best, supported by a superb team, and we now look forward to compelling semifinals," World Rugby chairman Bill Beaumont said. 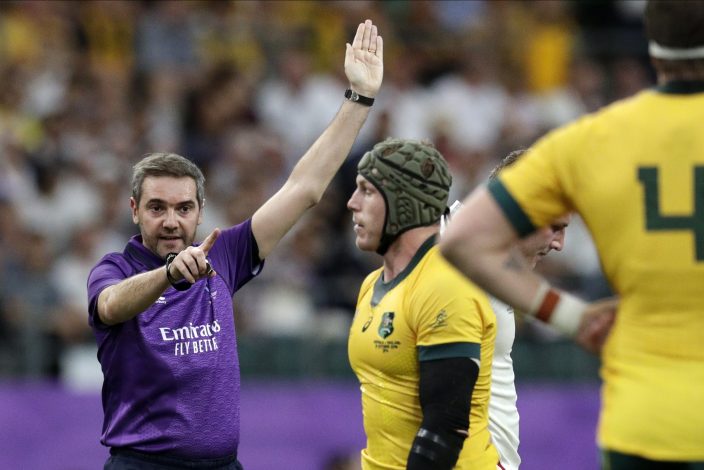 Benches cleared and even the stand ...