Outgoing head coach Michael Cheika says the next man to coach the Wallabies rugby team should "definitely" be Australian.

Cheika told reporters at Sydney Airport Tuesday, on his team's return from the Rugby World Cup in Japan, that he backed an Aussie as his successor. 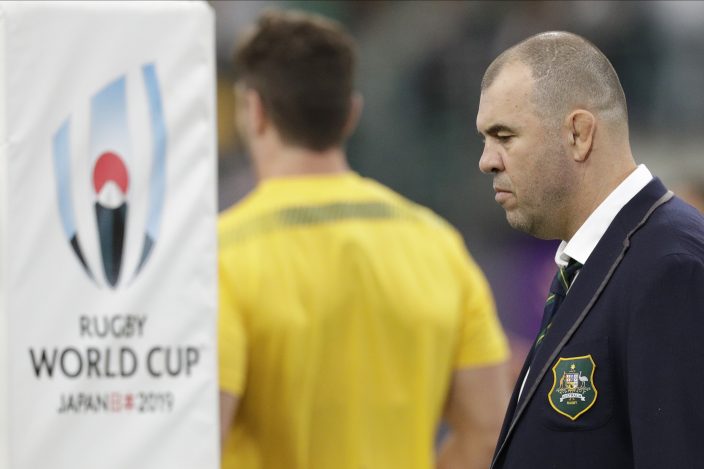 New Zealanders Dave Rennie, currently coaching Glaswegians in Scotland, and Japan head coach Jamie Joseph have been named as prospective successors to Cheika, who stepped down after Australia's 40-16 loss to England in the World Cup quarterfinals.

Cheika said he had no regrets after stepping down after five years as head coach. He had indicated before the World Cup that he would not seek to continue if Australia didn't win.

"We came second last time (at the 2015 World Cup)...and I figure (after) four years you've got to come first next time," he said. "You can't call it and then change your mind afterwards because that's genuinely what we wanted to do: was go there and win."

Cheika, who has complained of a lack of support from Rugby Australia, said there would be "no excuses, no nothing.

Week 4 Preview: FSU-Miami has King in spotlight; SEC be ...

The stakes have not recently been ...