Wales has brought winger Owen Lane into the squad as a replacement for injured No. 8 Josh Navidi ahead of the Rugby World Cup semifinals.

Wales coach Warren Gatland chose to swap a back for a forward, with doubts surrounding the fitness of centers Jonathan Davies and Hadleigh Parkes.

Navidi sustained a hamstring injury in the quarterfinal win over France on Sunday. 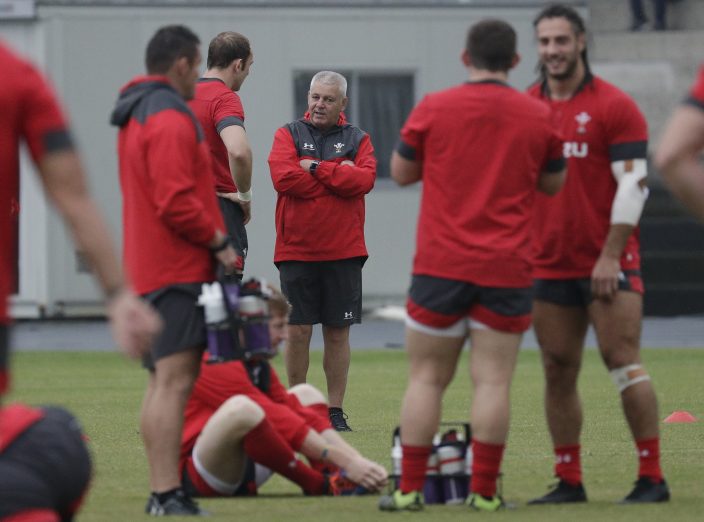 Wales rugby coach Warren Gatland talks with his team during training at Beppu, Japan, Friday Oct. 18, 2019. Wales will face France in the quarterfinals at the Rugby World Cup on Oct. 20. (AP PhotoAaron Favila)

The 21-year-old Lane, a winger who can also play at center, has just one cap to his name — against Ireland in a World Cup warmup, when he scored a try.

The NFL is threatening teams with ...