India took just nine minutes to wrap up proceedings on day four of the third test against South Africa and completed a first-ever 3-0 series whitewash with an innings and 202-run victory on Tuesday.

Resuming at 132-8 in its second innings, the Proteas added one run off 10 balls before debutant Shahbaz Nadeem took the final two wickets off consecutive deliveries.

Nadeem (2-18) had concussion substitute batsman Theunis de Bruyn (30) caught behind, and next ball caught Lungi Ngidi in a bizarre fashion as the ball ricocheted off the non-striker Anrich Nortje. 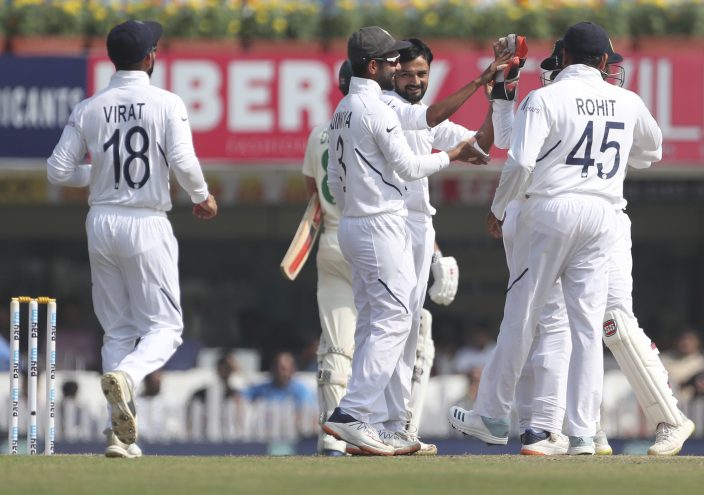