What a relief for Houston Astros pitcher Joe Smith that manager AJ Hinch was only joking about his team's makeup for the World Series.

"I would bring (him) in my office and pretend like he's not going to make the roster, just to get a reaction from him, and he wouldn't buy it," Hinch said.

Smith has waited 13 seasons, playing for six big league teams and overcoming a ruptured left Achilles last winter, for the opportunity to pitch this late in October. He was left off the postseason roster three years ago by the Chicago Cubs, the only other team he has been with that made it to the World Series. 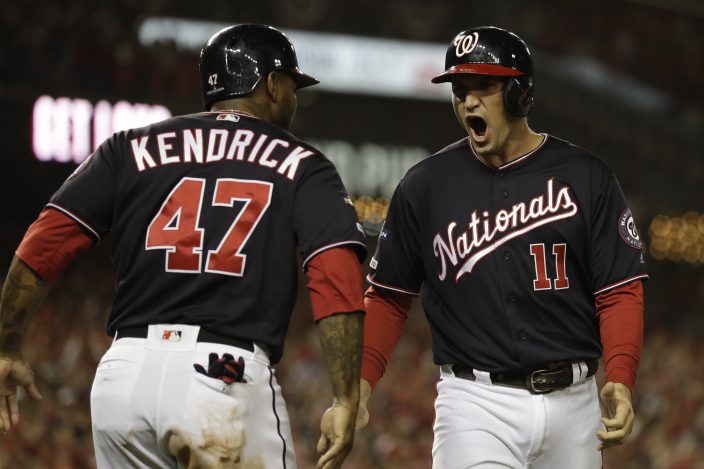 "I'm proud for him. I'm anxious to get him in the game. It will probably be one of the first games he's nervous," Hinch said. "He's hardly ever nervous, but I bet he'll be a tick nervous just because of the stage and the World Series and the excitement of having to endure all that before he gets to throw his first pitch in the World Series."

The 35-year-old right-hander, whose 782 regular-season appearances are the most for an active pitcher without a World Series game, isn't the only player for the Astros and Washington Nationals that has waited a long, long time before finally making it this far.

Zack Greinke, Houston's big trade deadline acquisition this season, is scheduled to start Game 3. That will come after 16 seasons and 447 regular-season starts, the most by an active starter without a World Series game. 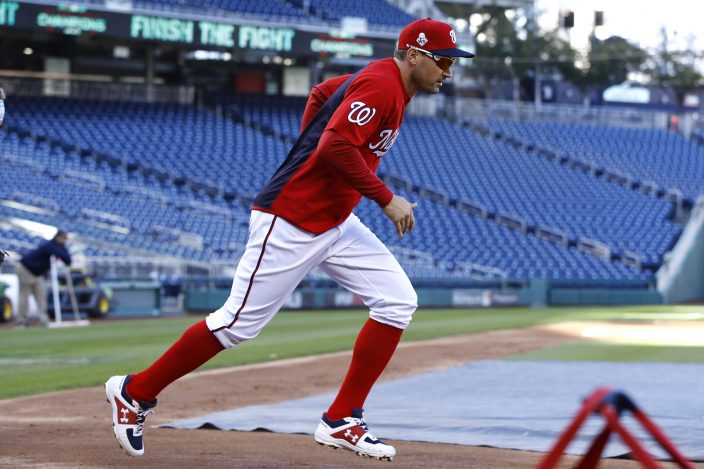 Howie Kendrick, the 36-year-old who became MVP of the NL Championship Series, is expected to be Washington's designated hitter in the opener Tuesday night in Houston. He is finally on a World Series team in his eighth postseason appearance over 14 major league seasons, this being his third team to reach the playoffs.

"This is a dream come true," said Kendrick, who has 43 postseason games to his credit. "Been in the playoffs many times, and this is truly special."

Same goes for first baseman Ryan Zimmerman, the first guy ever drafted by the Nationals in 2005 and the only player to wear their uniform in each of their 15 seasons. 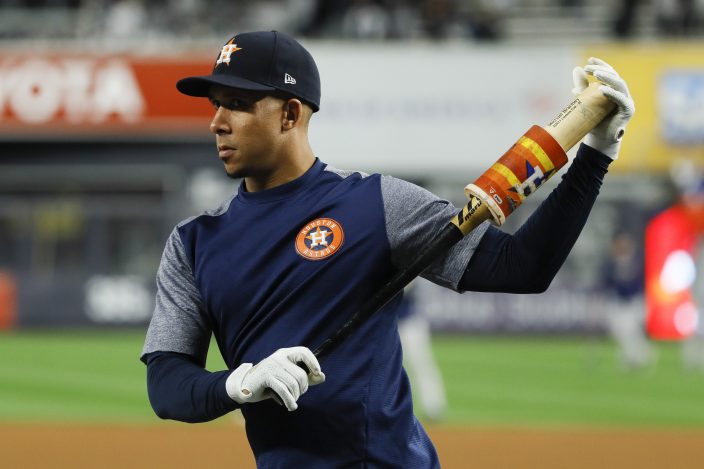 "This has obviously been an unbelievable ride, and I'm just trying to soak it all in," the 35-year-old Zimmerman said.

There also is Game 2 starter Stephen Strasburg, the right-hander who was Washington's first pick in the 2009 draft, and made his big league debut the next season.

Like Smith, Nationals infielder Asdrúbal Cabrera is in his 13th season with his sixth team before getting to the World Series. Cabrera rejoined Washington in early August after being released by Texas. 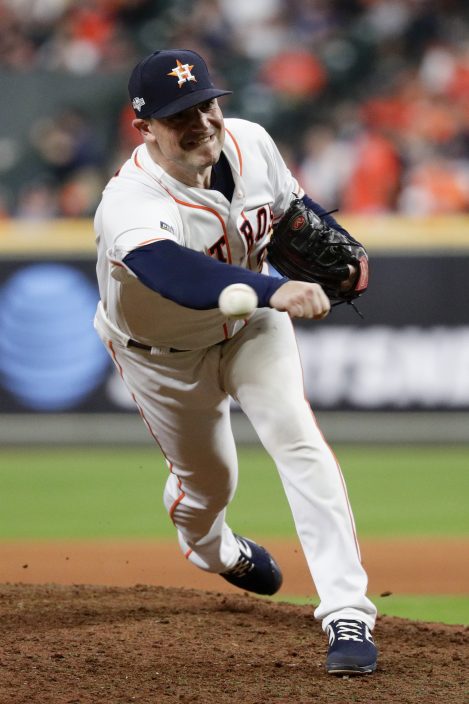 Four-time All-Star outfielder Michael Brantley signed a two-year deal with Houston last offseason after 10 seasons in Cleveland. He didn't get to play in the 2016 World Series with the Indians because of a right shoulder injury that limited him to only 11 games that season.

"This is not guaranteed to anybody," Brantley said Monday. "I didn't get to play in the last one. ... I'm just going to enjoy the experience. I don't take for granted how hard it is to get here, so I just really want to enjoy the moment and stay in the moment."

One of the first people Brantley called after signing with Houston was Smith, his teammate twice in Cleveland — from 2009-13 and after a trade to the back to the Indians midway through the 2017 season

"I'm beyond happy for him," said Brantley, one of the first to find out about Smith's Achilles injury. "I just told him make sure he works hard to get back because I want to play with you again, and he promised he would. ... A big weapon in our bullpen, he's a great teammate and a great friend for me for a long time."

The record that turned Shania Twai ...