Kawhi Leonard began a new chapter with the Los Angeles Clippers, scoring 30 points to go with a strong bench effort in a 112-102 victory over LeBron James and the Lakers on Tuesday night in the teams' season opener.

Lou Williams added 21 points and Montrezl Harrell had 17 off the bench when the Clippers opened their 50th season and 36th in Los Angeles as the once unlikely but now favorites to win the franchise's first NBA championship. 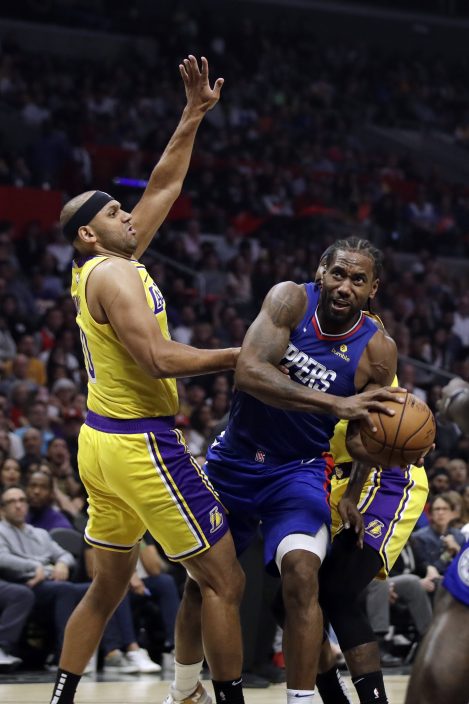 The Lakers showed off their new 1-2 punch of James and Anthony Davis. Davis scored 25 points, making 9 of 14 free throws, and James had 18. Danny Green outscored them both with 28 points.

But Leonard got it done without his personal recruit Paul George, sidelined indefinitely while rehabbing from a pair of offseason shoulder surgeries.

Kyle Lowry scored 22 points, including a pair of free throws that put Toronto in the lead for good, and Serge Ibaka had 13 as the Raptors won their seventh straight season opener and posted their eighth win in nine meetings with the Pelicans.

Pelicans guard Jrue Holiday tied it at 122 by making a pair of free throws with 2:23 left in overtime. Lowry answered with his foul shots, VanVleet hit a corner 3, and Lowry also connected from long range to cap a decisive 8-0 run.

Brandon Ingram scored 22 points and Josh Hart had 15 points and 10 rebounds for New Orleans, which began the season without No. 1 pick Zion Williamson. JJ Redick scored 16 points, Nicolò Melli had 14 and Holiday added 13.