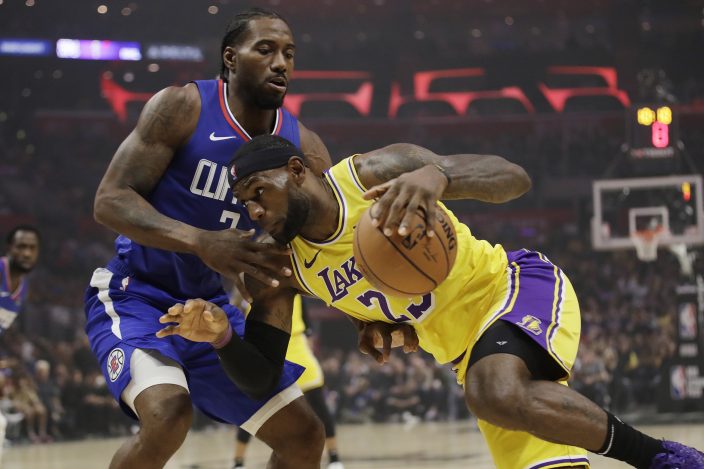 TRUMP-IMPEACHMENT-DIPLOMAT’S TALE _ A secret cable. A disembodied voice. A coded threat. Career diplomat William Taylor went behind closed doors in the basement of the Capitol and told a tale that added up to a 10-hour bureaucratic thriller _ an oxymoron if ever there was one. His plot devices were not cloak and dagger, but memos and text messages. By Nancy Benac. SENT: 1,000 words, photos. Also see TRUMP-IMPEACHMENT-UKRAINE-TAYLOR below. For full coverage: https://apnews.com/Trumpimpeachmentinquiry

TRUMP-IMPEACHMENT-LYNCHING-SOUTH _ President Donald Trump’s claim that the impeachment inquiry is a lynching has struck a painful chord for black people whose relatives died in racist lynchings. Ohio resident Malinda Edwards says Trump is either ignorant, insensitive or racist and just doesn’t care. The Ku Klux Klan lynched her father, a 24-year-old black man, in Alabama in 1957. By Jay Reeves. SENT: 700 words, photos. With TRUMP-IMPEACHMENT-LYNCHING _ Trump likens House impeachment inquiry to “a lynching.”

HONG KONG-PROTESTS _ Hong Kong authorities are set to formally withdraw an unpopular extradition bill that sparked months of chaotic protests in the semi-autonomous Chinese city. The security chief is due to announce the bill's withdrawal in the city's legislature. By Kelvin Chan. SENT: 760 words, photos. With HONG KONG-TAIWAN-MURDER SUSPECT _ Suspect whose case led to Hong Kong's unrest leaves prison.

UNITED STATES-IRAQ _ Defense Secretary Mark Esper arrives in Baghdad, as chaos swirls along the Turkey-Syria border and Iraqi leaders chafe over reports the U.S. may want to increase the number of troops based in Iraq at least temporarily. Esper has said that under the current plan, all U.S. troops leaving Syria will go to western Iraq and the military would continue to conduct operations against the Islamic State group to prevent its resurgence in the region. By Lolita C. Baldor. SENT: 580 words, photos. For full coverage: https://www.apnews.com/Syria

BALLISTICS DATABASE-GANG WAR _ A gang war authorities say has claimed more than 60 lives in the last six years in Houston came into focus for officials due to a federal ballistics database that helped link seemingly unconnected killings. The database has been around for decades but has evolved from a forensic tool to one that generates investigative leads. The database of bullet casings has been successful in cities like Houston. But it still faces challenges, including questions about the accuracy of the science behind it. By Juan A. Lozano and John L. Mone. SENT: 1,020 words, photos, video.

MEXICO-AVOCADOS-AND-VIOLENCE _ Violence is increasingly threatening the avocado boom that has drawn parts of western Mexico out of poverty in the just 10 years, as booming U.S. consumption fueled a cycle of better production methods and wages. But the boom has also drawn drug cartels. The police chief in a town in Mexico's avocado belt says one cartel is so thoroughly present that the chief doesn't venture into the city of Uruapan without a phalanx of heavily armed bodyguards. By Mark Stevenson. SENT: 1,500 words, photos.

ELECTION 2020-TRUMP-FRACKING _ Trump is headed to Pennsylvania to show his support for the natural gas industry, making clear he sees his pro-industry policies as a boost to his chances of winning the battleground state. SENT: 1,150 words, photos. Find more coverage on the 2020 U.S. Elections featured topic page on APNewsroom.

ELECTION 2020-HISPANIC OUTREACH _ Trump’s reelection campaign is making contrarian appeals in the most unusual places, trying to win over Hispanic voters in states not known for them, like Pennsylvania. SENT: 1,150 words, photos.

TRUMP-IMPEACHMENT-UKRAINE-TAYLOR _ A top U.S. diplomat testifies that Trump was holding back military aid for Ukraine unless the country agreed to investigate Democrats and a company linked to Joe Biden's family, providing lawmakers with a detailed new account of the quid pro quo central to the impeachment probe. SENT: 1,150 words, photos. With TRUMP-IMPEACHMENT-TAKEAWAYS _ Key points from Taylor’s congressional testimony.

TRUMP-SYRIA _ Trump's plan to reverse American involvement in "endless wars" has run up against a difficult truth: When it comes to national security, rarely can a simple solution solve a complex problem. SENT: 1,000 words, photos.

ARIZONA SHERIFF-PARDON _ An appeals court in San Francisco will hear arguments in former Sheriff Joe Arpaio's bid to erase his contempt of court conviction from his record after he was pardoned by Trump. SENT: 380 words, photo.

YELLOWSTONE CLUB-WAGES LAWSUIT _ Five Jamaican citizens who were recruited to work at a Montana ski resort for the ultra-rich just north of Yellowstone National Park last winter say they and more than 100 other Jamaicans were discriminated against and paid less than other employees doing the same work. SENT: 480 words, photos.

HUNT FOR BIN LADEN _ Declassified U.S. government documents and artifacts are part of a new exhibit on the decade-long search for Osama bin Laden at the site of the New York terrorist attack. SENT: 480 words, photos.

BOTSWANA-ELECTIONS _ Polls open in Botswana as the long-peaceful southern African nation faces what is expected to be its tightest election in history. SENT: 290 words, photos.

WEWORK _ WeWork is accepting a financial rescue package that hands control of the company to Japanese tech giant SoftBank and pushes aside co-founder Adam Neumann and his grandiose vision of changing the world through communal working. By Business Writer Alexandra Olson. SENT: 950 words, photos.

ENDANGERED STETHOSCOPES _ Two centuries after its invention, the stethoscope _ the very symbol of the medical profession _ is facing an uncertain prognosis. By Medical Writer Lindsey Tanner. SENT: 900 words, photos, video.

LAKERS-CLIPPERS _ Kawhi Leonard begins a new chapter with the Los Angeles Clippers, scoring 30 points to go with a strong bench effort in a 112-102 victory over LeBron James and the Lakers in the teams' season opener. By Sports Writer Beth Harris. SENT: 860 words, photos.

Asia Today: China to let in more foreigners as virus re ...

Yimmi Chara scored in the opening ...