There was Zack Greinke, a veteran ace showing his first signs of fatigue. Out in the bullpen, Gerrit Cole was watching. And of course, Will Harris was warming.

What came next, Hinch will contemplate for years. 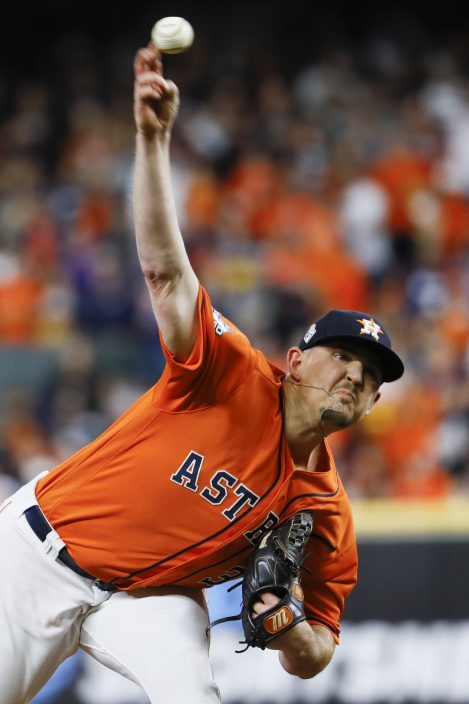 Houston Astros relief pitcher Will Harris throws during the seventh inning of Game 7 of the baseball World Series against the Washington Nationals Wednesday, Oct. 30, 2019, in Houston. (AP PhotoMatt Slocum)

"It's a decision I'll have to live with," he said.

After Greinke allowed a homer to Anthony Rendon and walked Juan Soto, Hinch handed a 2-1 lead to Harris in the seventh inning of World Series Game 7. In Harris' first at-bat, Howie Kendrick pulled a two-run, go-ahead homer off the right field foul pole screen — a haymaker that stunned Houston in a 6-2 defeat that cost them the chance at a second title in two years.

It was the second straight night Harris surrendered a home run after Rendon took him deep for two runs in Houston's 7-2 loss in Game 6. Harris hadn't allowed a run this postseason before Rendon's shot. 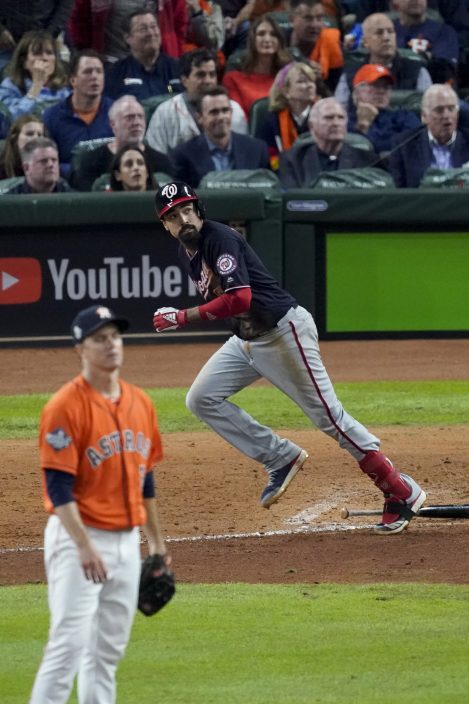 Greinke, the 2009 AL Cy Young Award winner who joined the Astros from Arizona at the trade deadline, had looked strong all night. He threw only 80 pitches, was just starting his third turn through the order, and Rendon's homer was just his second hit allowed.

And yet, out came Hinch.

That was only half the decision that went so wrong.

Hinch could have turned to Cole, a Cy Young Award contender who won Game 5 on Sunday. Ready to go on short rest, he was warming up earlier in the game but had cooled off by the seventh. He only left the bullpen after the final out.

"I wasn't going to pitch him unless we were going to win the World Series and have a lead," Hinch said. "He was going to help us win. He was available, and I felt it was a game that he was going to come in had we tied it or taken the lead."

Harris was Hinch's man for that seventh-inning spot. It's not hard to see why. The right-hander had been steady in the late innings all season, posting a 1.50 ERA in the regular season.

He just faltered at the worst possible time.

Cole started throwing in the bullpen again in the eighth, but by the ninth he was sitting down again, wearing a jacket and staring emotionless toward the field. He was simply a spectator to the last moments of an illustrious 326-strikeout season that could well earn him his first Cy Young — but that didn't get him a ring.

Sixty-six people at a single hospi ...

UEFA is exploring changes to Finan ...