Eddie Jones has been in discussions with England's Rugby Football Union about extending his contract with the national team through the 2023 World Cup in France.

Jones' current deal with England, which lost to South Africa 32-12 in the World Cup final in Yokohama on Saturday, runs to August 2021 — halfway through the next World Cup cycle.

RFU chief executive Bill Sweeney said the governing body has "had conversations" with Jones before and during the World Cup in Japan about the possibility of tying him to a deal through to 2023. 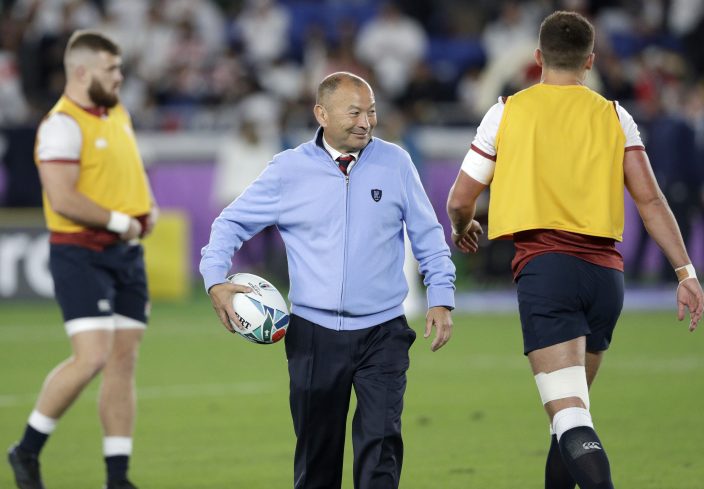 "I trust Eddie — when he gives his word on something he doesn't do that lightly — so he is committed to fulfilling his contract to 2021," Sweeney told the BBC. "We have our sights set on France as well, so we'd want to make the right decision for that and it needs to work for him as well."

Sweeney said they had not been "formal negotiations" and that the RFU was waiting "for the dust to settle" after the recent World Cup.

Jones, who has also been linked to the vacant coaching job with his native Australia , has already begun the rebuilding for England's next bid to win the World Cup and said the current team is "finished."