A teenager's three goals and one team's three goalkeepers perked up the Champions League on Wednesday as three European powers advanced to the round of 16.

Real Madrid prodigy Rodrygo's hat trick in a 6-0 rout of Galatasaray gave notice of a fresh young talent on a night when the familiar names of Bayern Munich, Juventus and Paris Saint-Germain won to take their usual places in the knockout rounds.

The wealthy trio was the first wave of teams to advance with two group-stage games to spare. 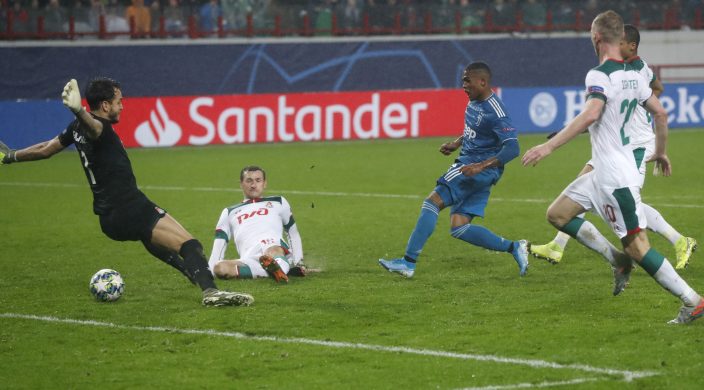 Manchester City missed a chance to join them as it had to use three keepers — including defender Kyle Walker in emergency duty — in a 1-1 draw at Atalanta.

Madrid is heavily favored to advance after unleashing its 18-year-old Brazilian at Santiago Bernabeu stadium to make his mark on the storied competition.

Rodrygo scored twice in the opening seven minutes of his home Champions League debut. No player has scored two goals faster in a game in 28 seasons since the European Cup was rebranded. 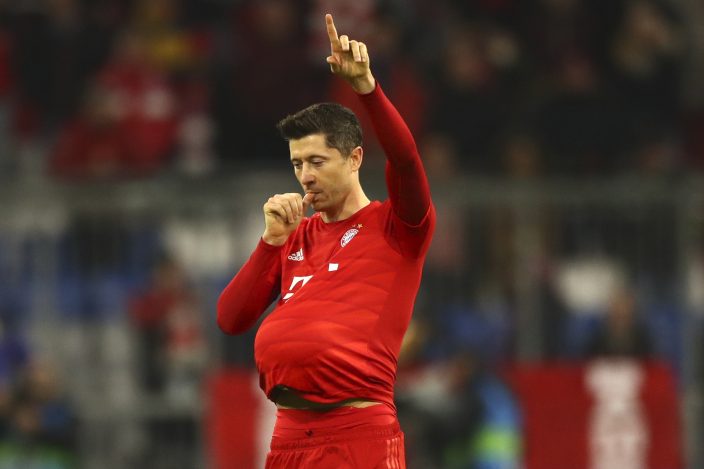 Bayern's Robert Lewandowski celebrates after scoring the opening goal of his team during the Champions League group B soccer match between Bayern Munich and Olympiakos in Munich, Germany, Wednesday, Nov. 6, 2019. (AP PhotoMatthias Schrader)

Tottenham was also impressive in winning 4-0 at Red Star Belgrade but has more to do in the group led by Bayern.

Bayern Munich and Juventus played in the early kickoffs and became the first teams into the round of 16 draw. 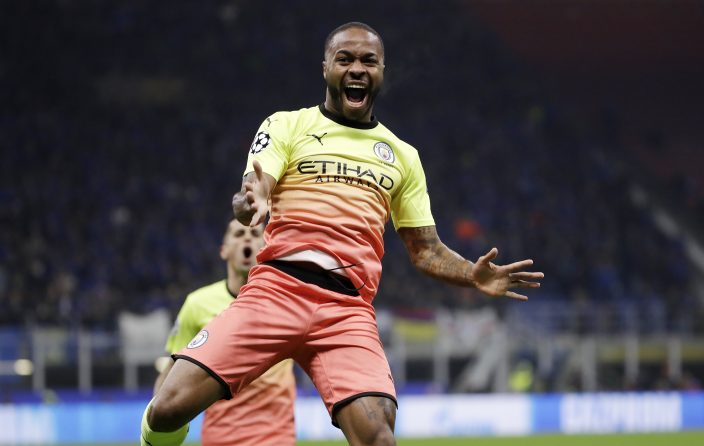 Bayern's 2-0 win over Olympiakos was a winning start for coach Hansi Flick, the interim replacement for Niko Kovac who was fired on Sunday.

Robert Lewandowski got the opener in the 69th to score for a fourth straight Champions League game. The Poland forward's tally of six Champions League goals this season trails only Salzburg's 19-year-old breakout star Erling Haaland.

Cristiano Ronaldo holds the all-time competition record of 127 goals, and was denied adding to it by teammate Aaron Ramsey in a 2-1 win for Juventus at Lokomotiv Moscow. 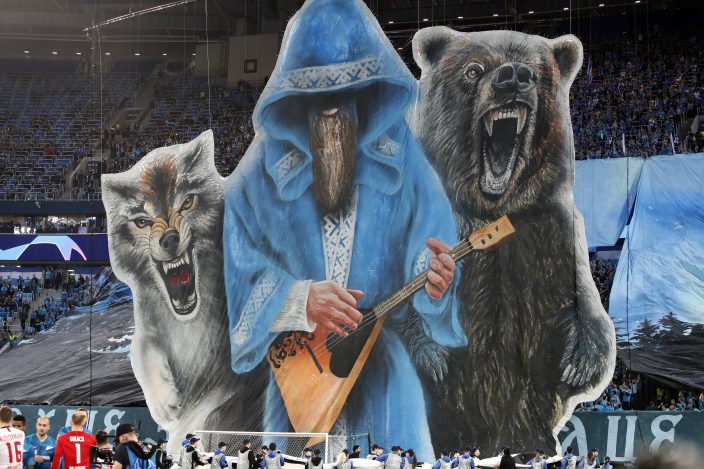 Ronaldo's third-minute free-kick squirmed through goalkeeper Guilherme's hands and the ball was rolling over the line when Ramsey poked it into the net. The victory was secured in stoppage time by substitute Douglas Costa after a dancing run through the defense.

Juventus leads Group D by three points from Atletico Madrid — which lost 2-1 at Bayer Leverkusen — but is seven ahead of Lokomotiv and Leverkusen.

Rodrygo was just 17 when Madrid agreed in June 2018 to pay Santos a reported 45 million euros ($52 million) for him to come to Spain one year later.

His first Champions League action was in Madrid's 1-0 win at Galatasaray last month, and his second was stunning.

A slick left foot shot and soaring glanced header put Madrid up early, and it was 4-0 at halftime when Rodrygo took advantage of slack defending to set up Karim Benzema for a tap-in.

Rodrygo got his third with the last kick of the game, sliding the ball past goalkeeper Fernando Muslera after more good interplay with Benzema.

Madrid should advance from Group A despite trailing Paris Saint-Germain by five points.

PSG got a fourth straight win with a 1-0 home victory against third-placed Club Brugge, which trails Madrid by five points. PSG goalkeeper Keylor Navas saved a second-half penalty to preserve the win.

City's first-choice keeper Ederson went off injured after 31 minutes in Atalanta, with his team leading by Raheem Sterling's goal.

Substitute Claudio Bravo was later sent off for racing out of the penalty area to bring down an attacker, leaving defender Kyle Walker to come off the bench in the 88th to put on the gloves. Walker made one save from a free kick and was protected by his defense through eight minutes if stoppage time.

Dinamo Zagreb and Shakhtar were level at 1-1 and both down to 10 men late in the game. Dinamo then scored twice before the 90-minute mark to go 3-1 up, but conceded three minutes into stoppage time.

Five minutes later, Tete leveled a wild match from the spot with a penalty given when his goalkeeper Andriy Pyatov — who had come up to attack a corner — was fouled in the box.

Man City leads Group C by five points from Shakhtar and Dinamo, though the Ukrainians are in second place on a head-to-head tiebreaker.

Tottenham netted the wildest goal of the night to open the scoring in Belgrade. A flurry of activity in the Red Star goalmouth saw Harry Kane's shot strike a post and Son Heung-min's shot rebound off the bar before Giovani Lo Celso score from close range.

Bayern leads the group with a maximum 12 points, five ahead of Tottenham which is four clear of Red Star.